Two years ago, in May 2016, I wrote about staying with Windows Phone 8.1 in an era of Windows 10 Mobile, in the context of some services working better on the old OS than the newer one. Since then, we've had Windows 10 Mobile mature and fill out, though there's one phone for which I stand by my original piece 100%. You may not be surprised that it's the classic and much-loved Lumia 1020, from 2013, which still feels 'right' on Windows Phone 8.1. If you have this Xenon-flash, monster-camera-ed device then here are the pros and cons, plus suggestions for use in the modern age.

Before I get into it all, the clue as to why anyone should want to to all of this is in that last sentence. Even today, in 2018, I've proved time and again that the Lumia 1020 can hold its head up very high against the high-spec Android camera phone competition - maybe not in terms of shooting speed, but in terms of pure image quality(IQ), zoom and flash capability. Add to this the OIS-equipped video capture with high amplitude stereo audio capture and genuine 4x lossless solid state zoom, and the 1020 is a video monster too.

In fact, for many subjects and use cases, this is still the Rolls Royce of phone imaging - yet it's positively ancient by mobile tech standards. But - if like me, you prize IQ highly and you own a Lumia 1020 then here are some thoughts as to the status of this Nokia classic a full five years after it launched. 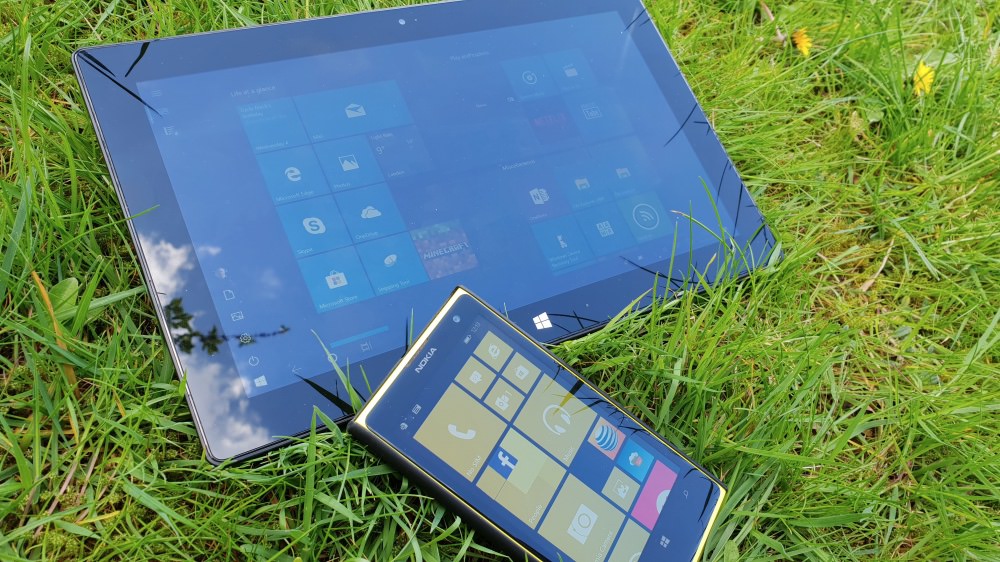 I've been using a Lumia 1020 on Windows Phone 8.1 for the last few days and have come to some very interesting conclusions. My testing was helped by having another 1020 that had been hacked up to the latest Windows 10 Mobile, so I was able to compare the two OS side by side.

It wasn't all roses, of course - I did miss the raw speed and screen size of the latest flagship Lumias - but there were plenty of positives, from the full implementation of Glance screen to the better maps and navigation experience.

But what about support? Official updates for Windows Phone 8.1 finished years ago and there are precious few (first or third party) updates in the Store anymore. Security should be a concern but in practice it isn't, since a) the OS was already very secure, and anyway b) the installed base of WP 8.1 users was/is far too small a target (in the grand scheme of things) to attract the attention of thieves, scammers and hackers. Venturing online with WP8.1, you're just about immune to anything mischievous - heck getting anything working is sometimes a challenge(!)

Here are the bullet points that you need to know. In no particular order, starting with the pros:

Having two Lumias, one on each OS, I couldn't resist a quick set of benchmark data points. I've done some 8.1 comparisons before, but this is with the very latest updates to Windows 10 Mobile Creators Update, so here goes:

Overall then, if you discount boot-up time, the Lumia 1020 is almost twice as fast at just about everything compared to the same device under Windows 10 Mobile. Now this is kind of obvious - after all, Microsoft itself decided not to issue the Windows 10 Mobile update to the Lumia 820, 920, 925 and 1020 generation for just this reason - slow performance. But for someone now used to Windows 10 Mobile on a variety of hardware, moving back to 'ye olde' Windows Phone 8.1 was something of a breath of fresh air.

Of course, what use is speed (and that great camera) if the applications you need day to day aren't present? This is a sticking point, though to be fair, it's also a sticking point for Windows 10 Mobile in 2018, though to a lesser degree. To use a Lumia 1020 in today's app-obsessed world in 2018, you're going to have to scale down exactly what you want to do on the phone and what you'll have to farm out to other devices.

For example, on an iPhone X or Samsung Galaxy S9+ or similar, there's the expectation that every shopping outlet, every bank, every social service, can all be accommodated and serviced. Which is great, but they're not... you know, a Lumia 1020, and they come with their own compromises.

With the assumption, therefore, that want to stick with your beloved Lumia 1020 and with Windows Phone 8.1 (for speed reasons), what are your application options in 2018's Microsoft Store? There's AAWP's extensive application directories (see here and here), of course, but I wanted to pick out some highlights that I've been testing:

See here and here for our original curated Windows Phone 8.1 applications directories, there are still hundreds of quality applications which work. 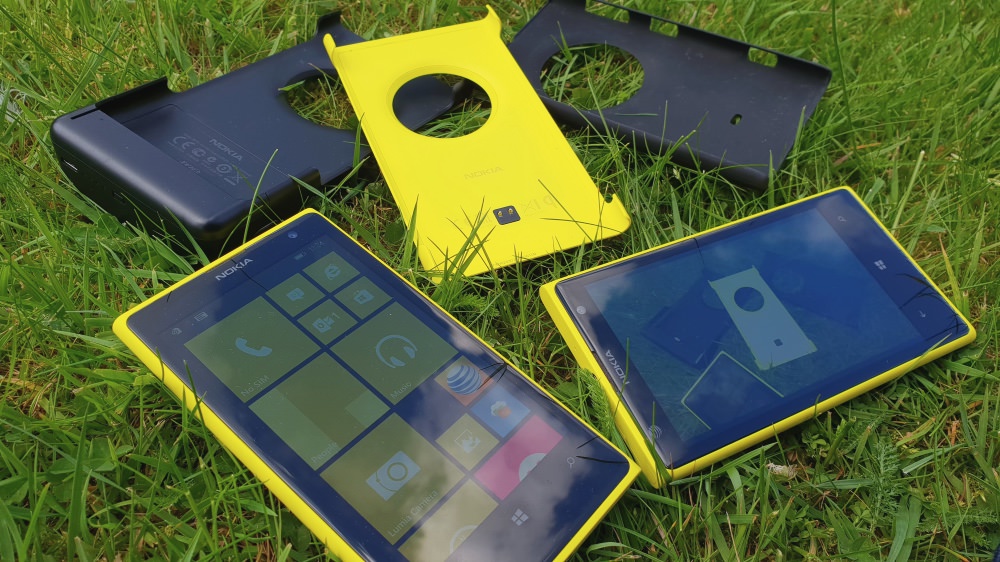 There's more to the Lumia 1020 than just the phone itself, of course, and Nokia were past masters of interesting accessories. So we have the CC-3066 Charging Shell, still available second hand if you keep your eyes peeled. This does double duty as a basic case and also adds Qi wireless charging to the phone - so just put it on a pad and you're being topped up.

Secondly, there's the PD-95G Camera Grip, adding a physical bulk for easier grip, plus tripod mount and a top-up battery. This is rarer, but - again - available second hand if you're lucky. I was a bit sniffy about the Grip at the time, but it's a unique gadget that I appreciate more in today's 'boring' world of 2018!

Finally, I'd highlight the 'Best Hard Tough Case Cover' (or clones thereof), protecting the 1020 on all sides and - most importantly - making it 10x more grippy in the hand.

Although the Lumia 1020 isn't really part of a modular system, having these three options in the pocket or on the phone does add a certain flexibility to the usual humdrum phone experience! 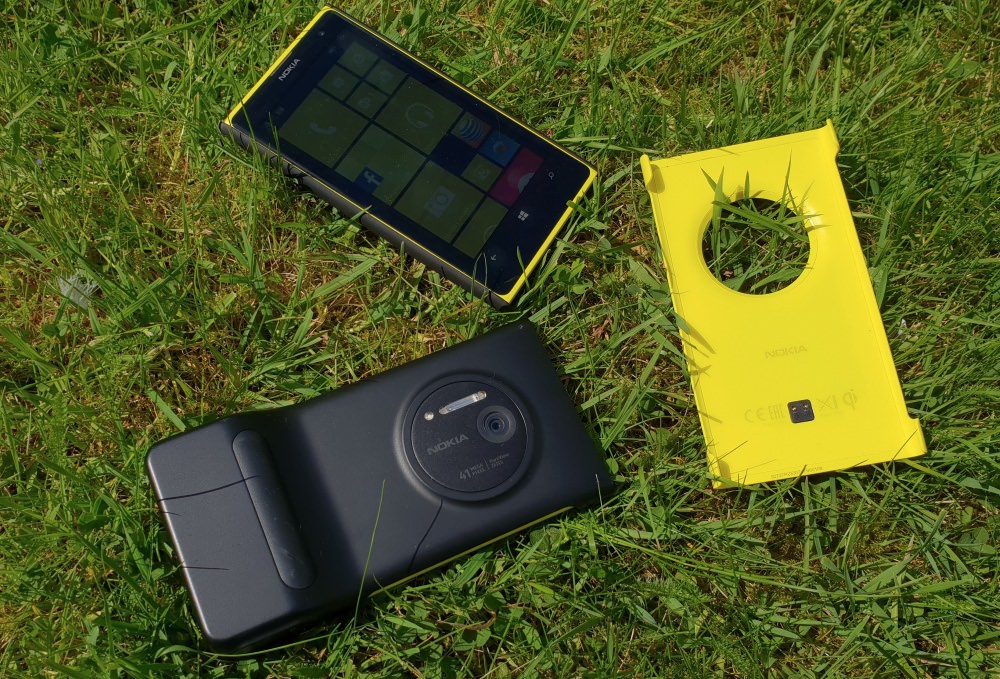 Your comments welcome, then. I can't believe I'm the only person in the world who loved the Lumia 1020 when it was launched and still wants to make a go of it in 2018, simply to keep that image purity, that lossless zoom, that Xenon flash in my life. Anyone else out there game for some serious 1020 retro action? Any other Windows Phone 8.1 apps or hacks you'd care to add?