HERE apps and updates to halt soon, it's W10M or bust?

The push from Windows Phone 8.1 to Windows 10 Mobile is about to become more urgent for many people, especially if they're heavy users of HERE Maps and HERE Drive+. The developer, (the ex-Nokia) HERE has announced that further development and non-critical updates of code and data will be stopped as of the end of this month (March 2016). I.e. things will carry on working, but don't expect anything to be improved. Meanwhile, all the HERE data is licensed, available, and updated, in Windows 10 Maps.

From the HERE announcement:

We’ve been developing mobile maps applications for about 10 years, since the first smartphones came with GPS. As the market evolves, we keep in step by introducing our apps for new operating systems while stopping support for others. Although the essence of the HERE apps lives on in the Windows 10 Maps app, we are removing the HERE branded apps from the Windows 10 store on March 29, 2016 and will limit the development of the apps for Windows Phone 8 to critical bug fixes....

If you have a smartphone with Windows 10

For maps, routes and navigation, we recommend using the preinstalled Windows Maps application. The Windows Maps app contains many HERE elements since Microsoft has developed it using the HERE Platform and with assets they received from HERE in 2014. Based on your comments on HERE 360 and elsewhere, we know many of you are already having a good experience using Windows Maps.

HERE is deeply integrated in the Windows Phone 8 operating system. The HERE apps for Windows Phone 8 will continue to work for you without any disruption. However, we made the business decision to stop the development of new features. Additionally, the maps developed specifically for Windows Phone will not be updated.

Although though HERE's decision will doubtless kick up a bit of a storm among WP 8.1 users who are happy with both OS and the HERE apps, nothing will really change for them other than the latest 2016 and 2017 data sets won't be available for OTA updating. After 2017, such phones would be obsolete anyway. The biggest losers might be those who love the HERE Transit app and interface, since the Windows 10 Maps inclusion of public transport data uses a totally different UI.

The removal of the WP8.1-centric apps from the Store for Windows 10 Mobile comes as little surprise - they've been removed several times already while HERE works on code to fit the apps into the new OS. The 'June 30, 2016' deadline above likely refers to one of the Redstone targets, with the HERE apps not working properly under this next-gen version of Windows 10, and with the first official updates to this scheduled to arrive from July onwards. It's also possible that this coincides with the expiration of a licensing agreement between HERE and Microsoft in terms of bundling HERE's apps in new phones (in this case the old WP8.1 devices, most of which are no longer in the channel now). 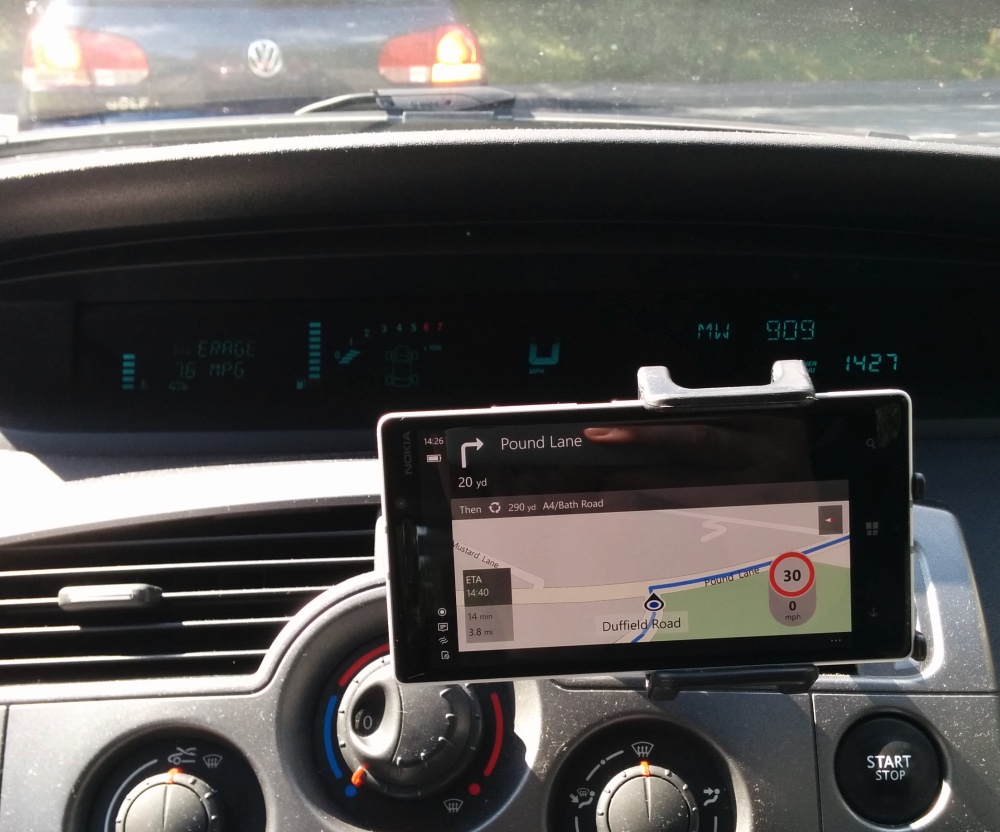 I've been impressed with Windows 10 Maps over the last year - it's not perfect, but it's incredibly rich. Here are just a couple of the features and new stories:

Consider all this an extra push towards Windows 10, the OS and its apps and services then. We're expecting (yes, yes, it got delayed) Windows 10 Mobile to start rolling out officially for existing Lumias in the next week or two, certainly before the end of March 2016. And the Maps application uses all the HERE worldwide data (plus much more from other providers). And all in the one application and fully integrated with Cortana and the OS itself, you can see why there really was no point in HERE carrying on developing its own applications independently.

PS. There's also now a trivial update available in the Store for all HERE apps, with a startup message announcing the news. And, confirming our own story, pointing towards Windows 10 Maps (remember, based on HERE code and assets) as the recommended replacement: 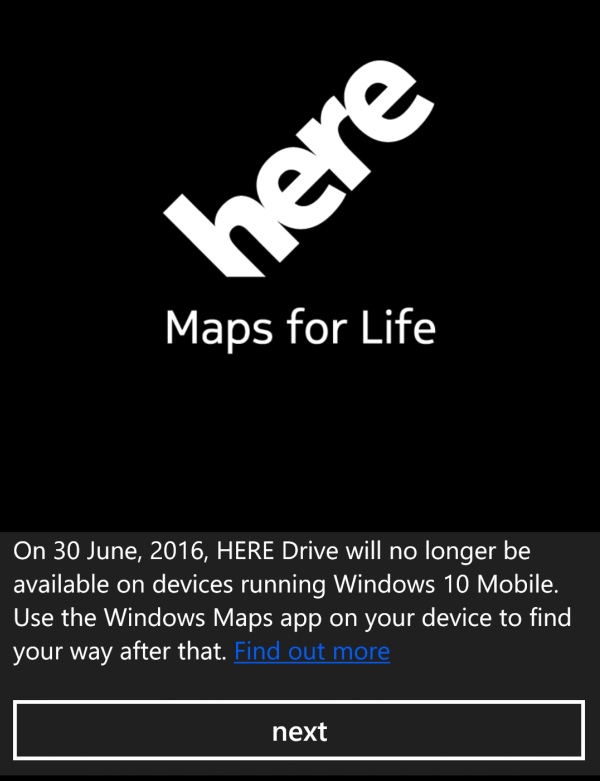