The Lumia 620 will cost £155 / €190 / $249 before taxes and subsidies and will ship in January 2013. It will be available first in the Asia Pacific region, followed by the Middle-East, Europe and the Americas, and comes in seven different colour variants. 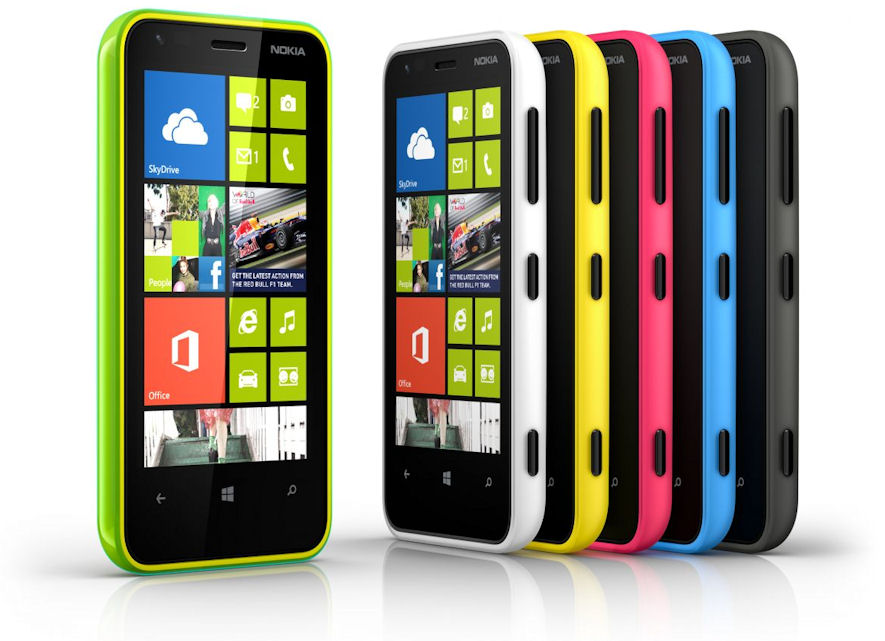 A key design point in the Lumia 620 is the use of bold dual-colour removable shells. The shells are gently curved, giving what Nokia describe as a "cup-shaped unibody that has been moulded to make it a pleasure to hold in just about any size hand".

The shells use a "dual-shot" colour technique to deliver "a variety of striking colour and texture effects". In the process, a second layer of "coloured, transparent or translucent polycarbonate" is added "on top of a base layer to produce secondary color blends and depth effects". The  full colour ranage for the Lumia 620 is magenta, yellow, cyan, white, black, lime green, and orange. The first five have a transparent overlay, the last two have a translucent overlay (e.g. lime green comes from combining cyan and yellow).

As with other Lumia devices, Nokia's exclusive software is an important part of the offering. The Lumia 620 will ship with Nokia Maps and Nokia Drive+, Nokia Music, and Nokia City Lens pre-installed, and additional applications will be available via the Nokia collection in the Windows Phone Marketplace.

"We knew there was room for something more compact in the Lumia family... and we wanted something that would take our pure colour story and give it a burst of playfulness and mix it up a bit... you'll also see how, from large screen to smaller screen, we are softening the radius of the device."

"We continue to execute on our strategy to reach new audiences and new markets. With its innovative design, the latest Windows Phone 8 software and signature experiences from Nokia, like Nokia lenses, Nokia Maps and Nokia Music, the Nokia Lumia 620 is a highly competitive smartphone at this price point." "

More information can be found at Nokia Conversations, in this data sheet, or in the Lumia 620 Press Release.