US operator Sprint has announced the summer launch of two new exclusive Windows Phone 8 devices, the HTC 8XT and the Samsung ATIV S Neo, with on-contract price points of $99 and $149 respectively. Both smartphones will operate on Sprint's LTE network and will be bundled with unlimited data, text, and messaging contracts. With this announcement Windows Phone 8 devices will now be available on all four of the major US mobile networks, solidifying Windows Phone's position as the third mobile ecosystem.

“We know our customers are anxious to get their hands on these Windows Phone 8 smartphones, HTC 8XT and ATIV S Neo. Without a doubt, they will rival any smartphone on the market today. Our customers will appreciate being able to use them all day, every day without worrying about overages or data caps.”

”We are excited to be bringing the most personal smartphone experience to Sprint customers this summer. With compelling hardware from HTC and Samsung, coupled with unlimited 4G LTE from Sprint, these Windows Phones will offer the complete package.”

Both devices will ship with a number of Sprint specific apps including a Windows Phone version of the operators Sprint Music+ service.

The HTC 8XT is an all new design, but is clearly inspired by both the HTC 8X and HTC 8S. It has the same 8 megapixel camera and a similar internal specification as the HTC 8X, but has the lower resolution screen (WVGA) and colour-dip design of the HTC 8S.

However, the most notable specification point is the inclusion, for the first time on Windows Phone, of HTC's BoomSound technology. The same dual front-facing stereo speakers have been widely praised on the Android powered HTC One. The HTC 8XT also retains the support for Beats Audio and dual built in microphones from earlier HTC Windows Phone devices.

“Inspired by the design that won the prestigious ‘red dot award: product design 2013,’ the new HTC 8XT brings a truly crafted smartphone with brilliant color, soft-to-the-touch texture and tapered design to be comfortable in the hand. A pleasure to hold and a pleasure to hear, the front-facing stereo speakers are a first for a Windows Phone and deliver sounds that demand to be heard.” 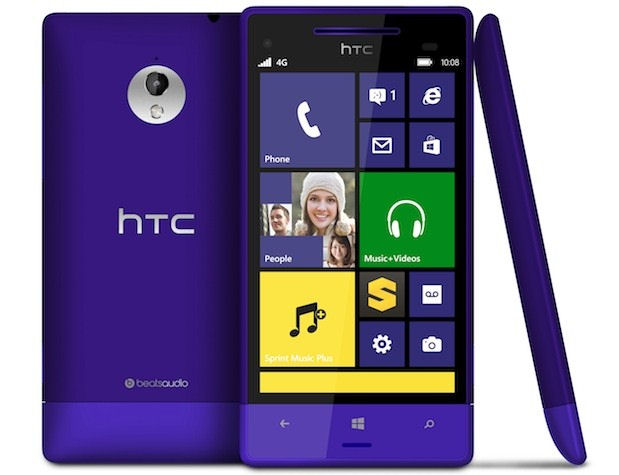 The HTC 8XT, which will go on sale later this summer, will be available for $99.99 with a two year contract commitment, after a $50 mail-in rebate.

The Samsung ATIV S Neo is a variant of the Samsung ATIV S. Early preview shots of the handset suggest a near identical design, but with some minor materials and colour variations from the ATIV S global variant. The specifications suggest some minor internal changes, and the cellular radio will be changed to support Sprint's bands and technology. The device includes international voice and data capabilities, suggesting WCDMA and potentially GSM radios will be included in addition to the LTE and CDMA radios.

“Samsung is committed to offering smartphones across a variety of platforms and the rich Windows Phone 8 experience on the ATIV S Neo is a testament to this effort. The ATIV S Neo makes it easy to stay in-the-know while connecting with friends, family and colleagues, through new sharing features and powerful productivity applications.”

The device will ship with a number of Samsung exclusive apps, including the recently released ATIV Beam, a camera app with a Beauty mode (smoother looking skin in headshots), Manga Camera (turn friends and family into cartoons), and Samsung's standard Photo Editor app.

The Samsung ATI S Neo, which will go on sale later this summer, will be available for $149.99 with a two year contract commitment, after a $50 mail-in rebate.