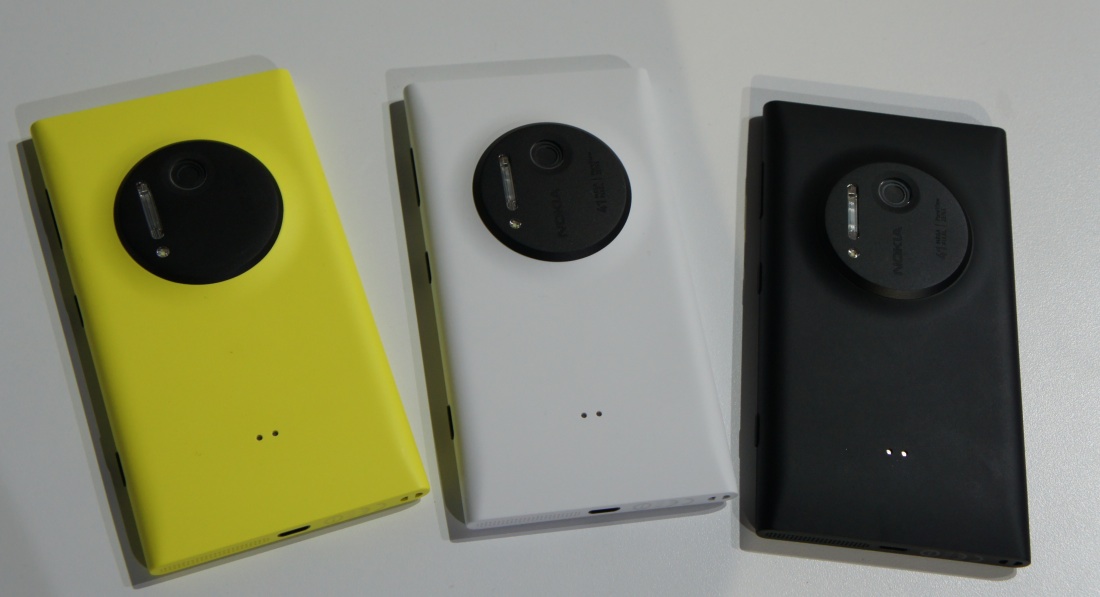 As with the Nokia 808 PureView, the 41 megapixel sensor is used to take oversampled 'pure' shots at 5 megapixels. Plus it enables a lossless 3x zoom (at 5MP resolution). In addition, a 'dual capture' system means that even when taking such 'social' shots, a full resolution version is always available behind the scenes, letting you recompose or re-zoom the shot after the event. Hence the 'zoom reinvented' tag-line. However, the addition of Optical Image Stabilisation (OIS) adds yet another another dimension, allowing the camera to be more forgiving of camera shake (most notably when zoomed in) and enabling the capture of smoother, steadicam-like, video. The OIS here, with such a large lens, couldn't be implemented in the same way as on the smaller-lensed Lumia 920/925, so a new OIS mechanism using a cage of ball bearings had to be created, though still with the same active gyro control.

And throughout, the oversampling technique results in images with very low levels of digital noise, and unparalleled levels of detail and colour accuracy. The sensor itself is slightly smaller than that in the Nokia 808 PureView (it's 1/1.5"), meaning that the overall camera height could be reduced too. Here's an infographic of the actual and effective pixel/super-pixel sizes (thanks): 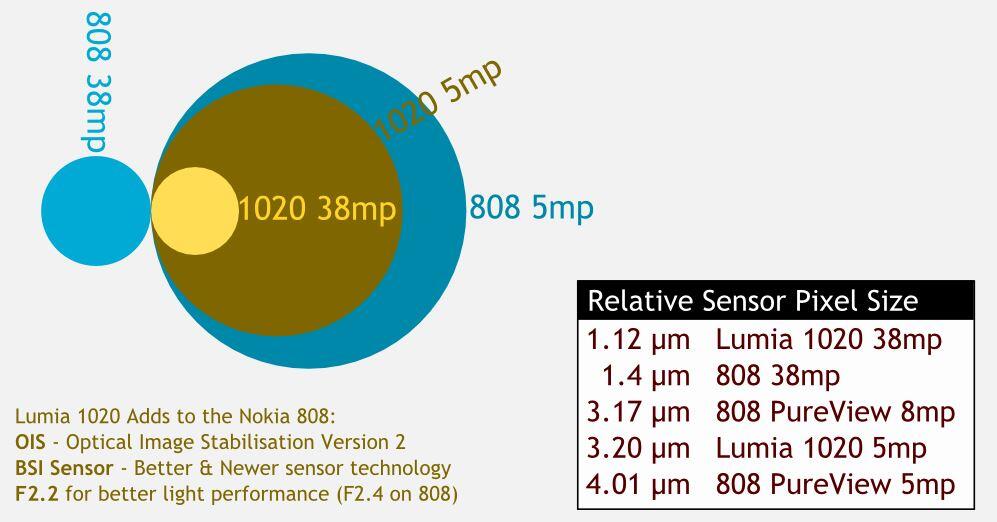 Nokia has produced a white paper with all the gory camera details, if you're interested.

The new Nokia Camera Pro app allows for much greater control over camera settings than Windows Phone's built in Camera app, part of the UI is shown below. As with the Nokia Lumia 925's Smart Camera app, Nokia Pro Camera can be set as the default camera app, launched when you press the Lumia 1020's camera capture button. 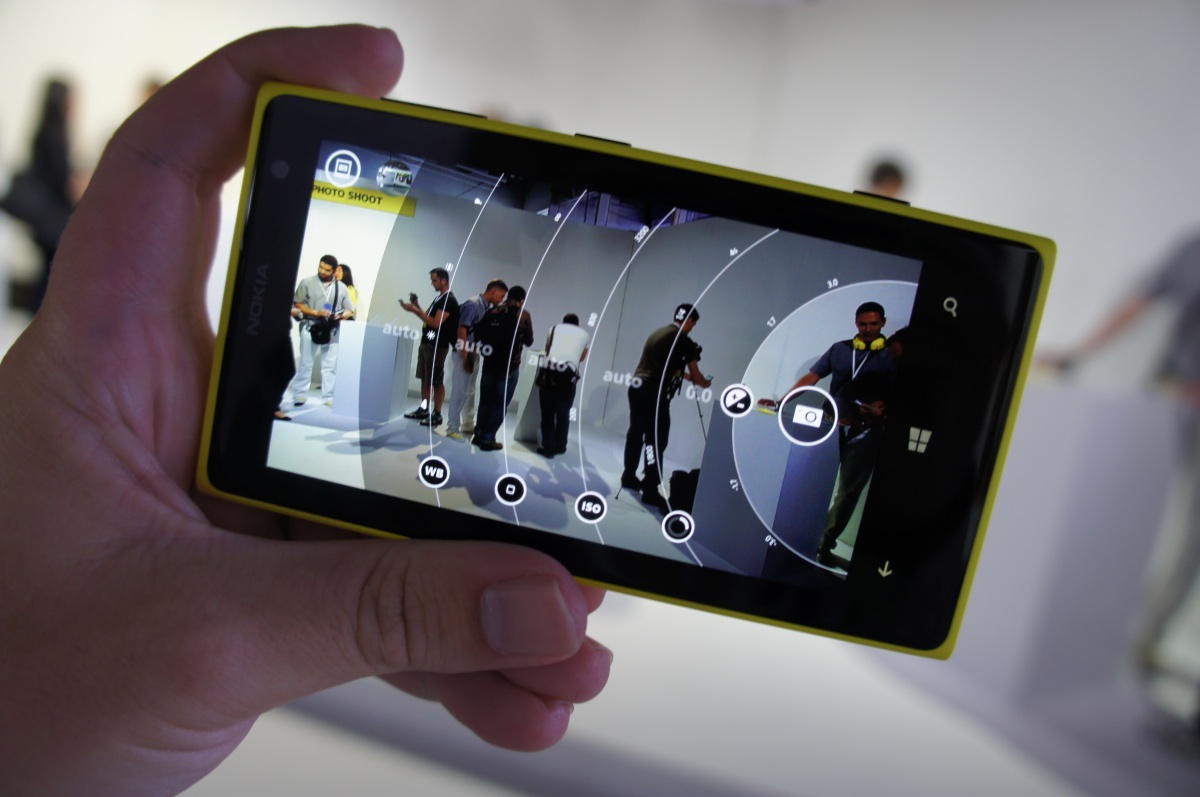 The Lumia 1020 is best understood in the context of Nokia's overall PureView camera story. Over the last 18 months Nokia has used the PureView branding as a way of highlighting its imaging innovation, and the Lumia 1020 can be best described as a culmination of the story so far. In a nutshell:

The Lumia 1020 also includes all the improvements in Windows Phone 8 hardware and software brought in for the Lumia 925, in terms of UI improvements and under the hood enhancements. Plus the full Xenon flash comes across for the camera from the Symbian world and the 808, here with a 'flat' capacitor which allows the phone to be slightly slimmer (than the 808), and there are the same HAAC microphones, recording in stereo (as on the 808) and Nokia Rich Recording system in place.

Two major accessories were announced at the same time: 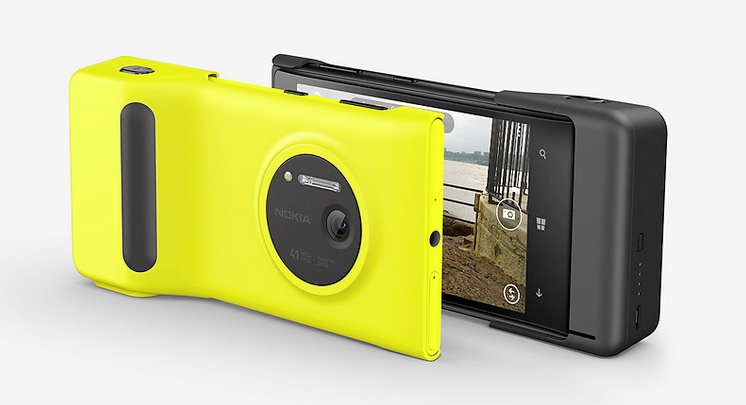 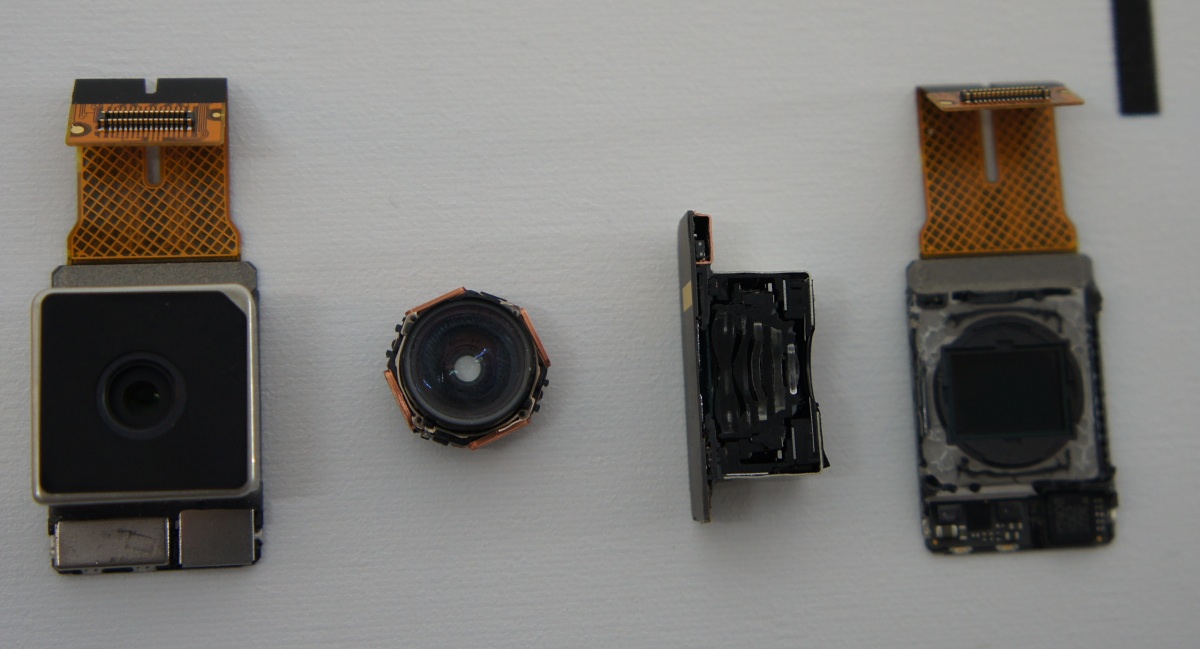 Various views of the Lumia 1020 camera: from the top, complete, the barrel shift OIS 'mechanism' around the lenses, the side view cutaway, and the sensor plane.

The Nokia Lumia 1020 will be available in yellow, white and black. It will ship first to the USA on AT&T, with sales expected to start on July 26th at $299.99 with a contract.

It will arrive in China and Western Europe in Q3, 2013 (i.e. the current quarter, ending on Sept 30th), both SIM-free and on contract. Nokia plans to ship an exclusive 64GB variant of the device with Telefonica in selected European and Latin American markets. Other markets will be announced shortly.

Nokia Pro Camera takes over as the default camera app on the Lumia 1020. This puts all the camera power in your hands, providing swipe-able dials and access to settings once preserved just for the experts. You can see exactly what changing settings like exposure level, white balance, shutter speed and film ISO do to a shot before you take it. Great for people who already know what they’re doing and those keen to learn more, it encourages experimentation and learning with every picture, thanks to built-in tutorials.

Dual capture. Once you press the camera button, Nokia Pro Camera simultaneously takes a full resolution photo for endless reframing opportunities, and also presents you with a 5 megapixel image, which is easy to share on social networks like Facebook or on your Windows Phone 8 SkyDrive.

Snap away and edit later. Reframe and re-zoom to produce different images, different stories from one single shot. This could be as simple as straightening the horizon on a sunset, or breaking up a whole group photo into individual portraits. The large version is always fully accessible, but the 5 megapixel version is there for lightning fast sharing. This feature is entirely unique to the Lumia 1020 and a revolution on its own.

Optical image stabilisation. The second generation of our already leading OIS simply means better photography and video in low light conditions. With the large optics and sensor, Nokia’s engineers went on an epic journey of innovation, which resulted in them adding ball bearings into the camera module. Yes the Lumia 1020 has ball bearings inside it: and we think that’s pretty epic. With the whole camera module sprung to meet any hand movement and one of the widest apertures on a camera phone, OIS means there’s no need to fear camera shake or muddy results, even at night.

Next-gen xenon Flash. Freeze a ball in mid-air or take action shots in the dark. The xenon flash has the power to illuminate shots for the 1/16,000 of a second it takes to capture a shot with the Lumia 1020 at the minimum shutter speed.

The Nokia Lumia 1020 arrives at a very interesting point in the development of convergence, and camera phones in particular. Standard 'thin' 1/3" sensored devices like the Apple iPhone 5 and Samsung Galaxy S4 have advanced sensor technology and image processing to an impressive degree, but they're ultimately limited, despite their appeal in the mainstream. While the Samsung Galaxy S4 Zoom approaches the problem from the other end, with a full standalone camera (10x optical zoom, OIS, Xenon) grafted into the body of a mid-range Android 4.2 smartphone.

We'll be conducting full shootouts, across a wide range of scenarios, with each of these smartphones in due course, plus we'll throw the Nokia 808 into the mix as well, as the Lumia 1020's 'predecessor'. Watch this space! 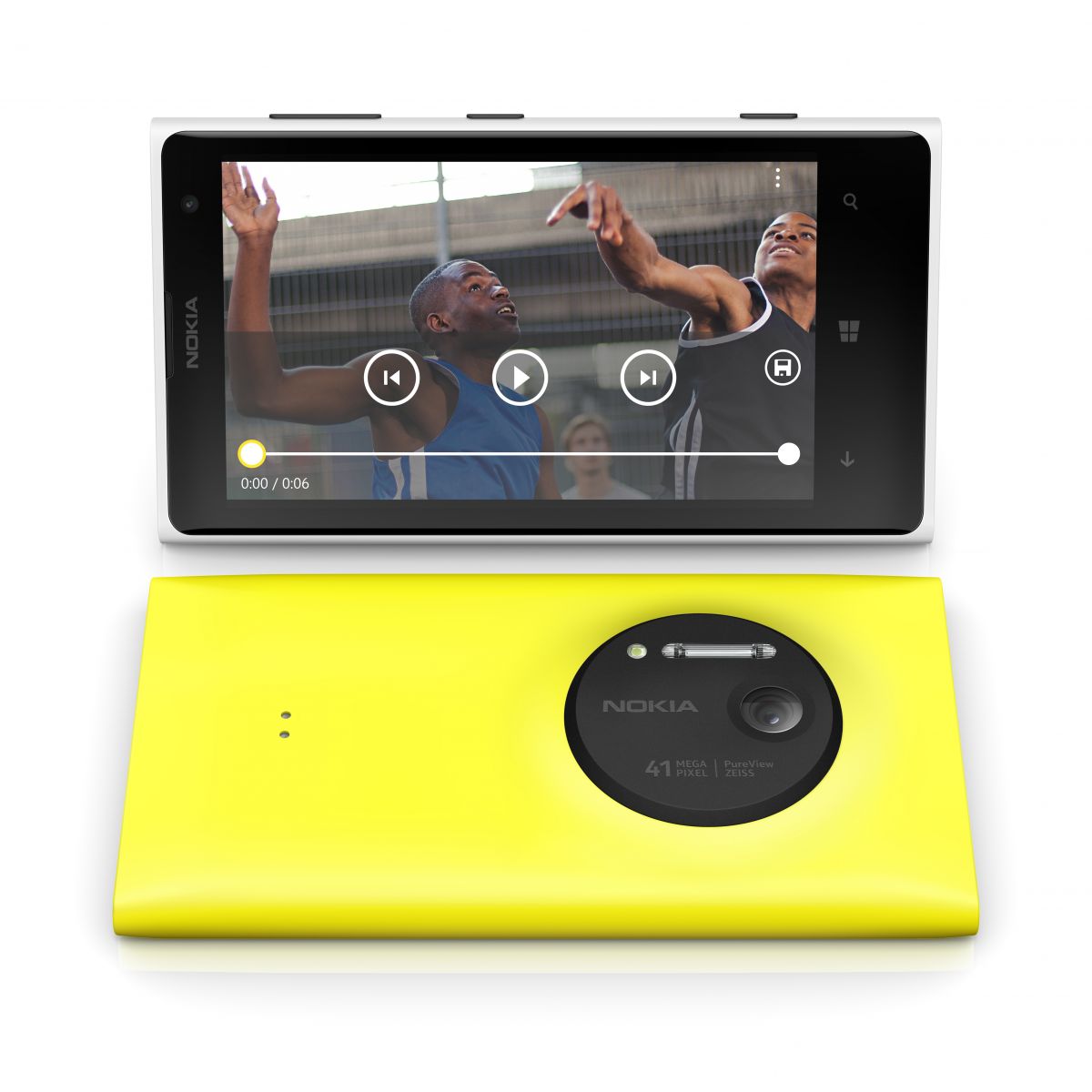