PDF reader is, or rather was, Microsoft's first party Acrobat (PDF) viewer for Windows Phone and it had been kept available even for Windows 10 Mobile even though it wasn't really consistent with the UI guidelines. Come July 1st this year though, i.e. in less than two months, Microsoft is retiring PDF Reader for good, feeling that Edge is now competent enough at handling PDF documents.

You'll remember that I did a round-up of PDF readers for Windows Phone in late 2014, and voted that the Microsoft solution was probably the best and certainly the simplest, but times - and even operating systems - change and the Edge browser is whole lot more than just a web client - as evidenced by it being a very serviceable PDF viewer. Moreover it's, by definition, Windows 10 through and through and fully integrated into the OS and interface.

Thus as of now, whenever you open a PDF in 'PDF Reader' you'll get the following pop-up warning: 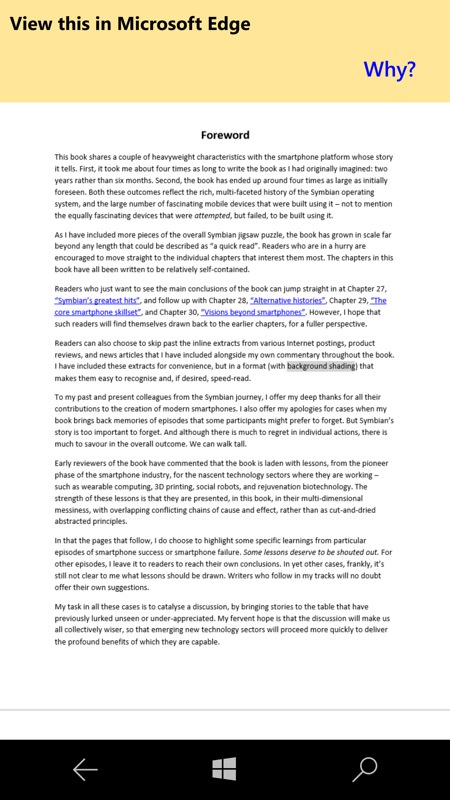 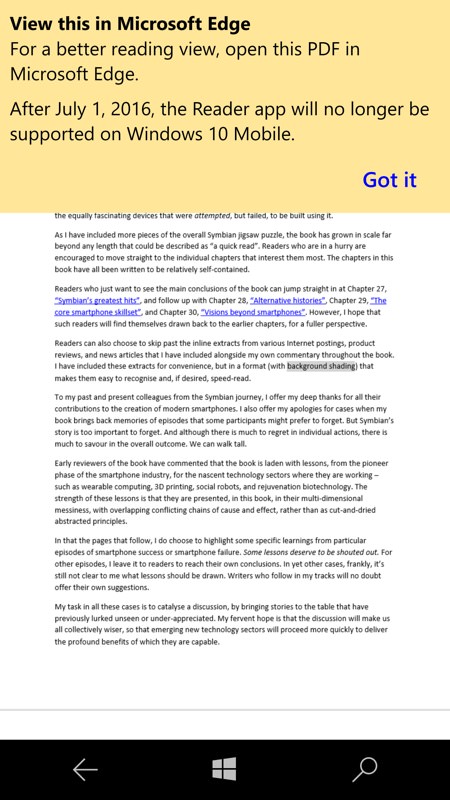 So it's goodbye to PDF Reader - and there's at least one feature which may be missed - it let you set bookmarks and return to them later, quickly. Using Edge to view PDFs, you're at the mercy of searching each time, so that's a step backwards - though there's no reason why the function couldn't be added to Edge in due course.

When opening a PDF file then, from either local storage or from OneDrive, you'll currently get the choice below left. Actually, provided you have PDF Reader installed (as here) it'll presumably carry on working for months, if not years (though with warnings), since it's only being removed from the Store, it's not being remotely disabled! 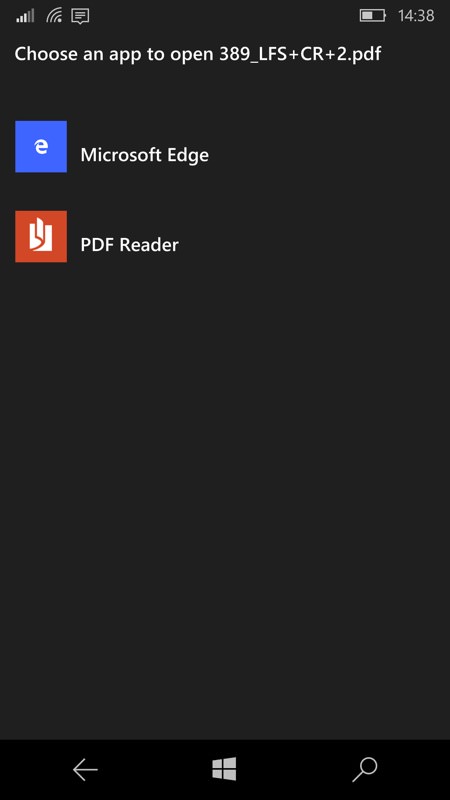 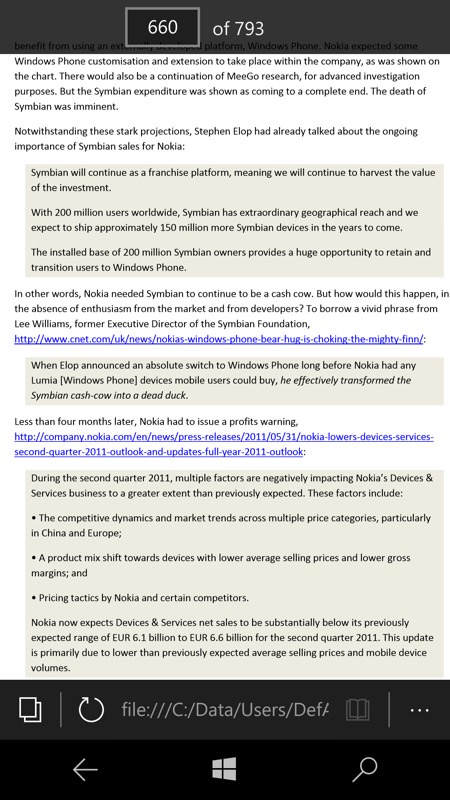 Picking Microsoft Edge as your PDF reader then, gives a pretty quick and fully zoomable/scrollable view of your PDF document, and with the advantage that hyperlinks are already IN a browser, so they're right at home.

Aside from swiping around and zooming (and rotating to landscape, which again works perfectly, this being a web browser), the most useful features in a PDF viewer (that work here) are: 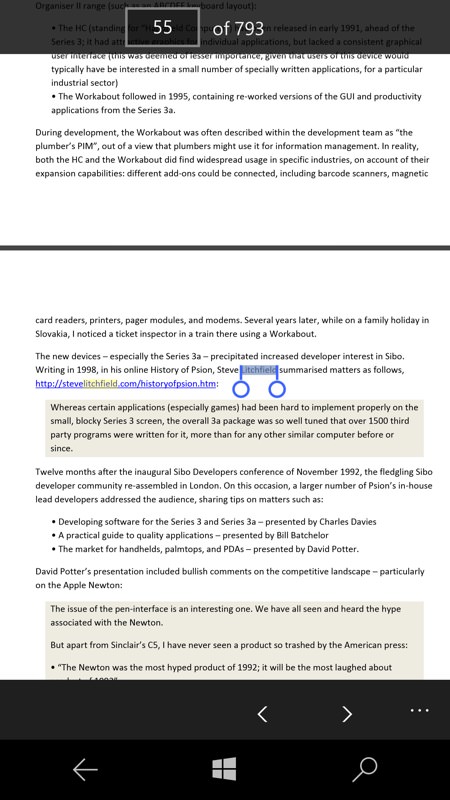 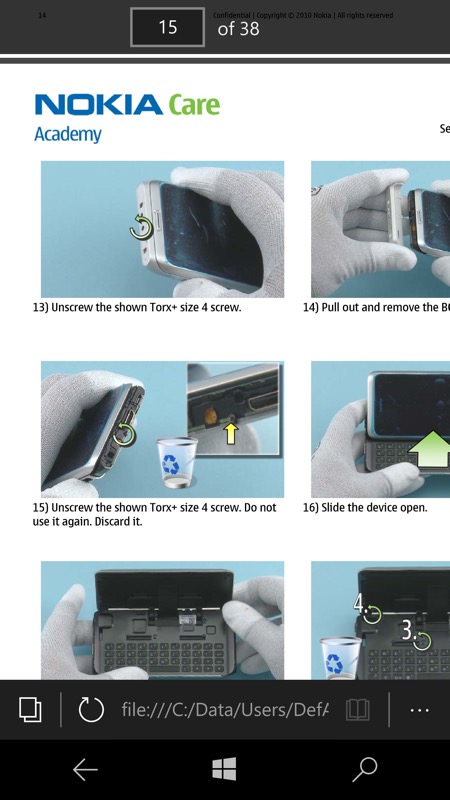 I threw all my test PDFs at Microsoft Edge and it came through with largely flying colours. With really graphical PDF documents, there was a second or so's delay before a page was (re-)rendered after jumping/scrolling a long way, and this was on the fast Lumia 950 - I imagine it's a longer delay on lesser devices (e.g Lumia 650), but then most PDFs will be a lot less complicated (and shorter) than my tests, plus screen rendering resolution will be a lot lower, so I doubt speed will be an issue in real life.

The biggest omission is probably bookmarking within a document - unless I'm missing something? Comments welcome - is there anything else really critical you'd like to see in Edge in terms of PDF handling?

PS. There are also third party PDF readers, of course, notably Foxit. Any others that you'd care to recommend?

PPS. If you're wondering about the PDF above, it's of David Wood's epic Smartphones and Beyond.