The world of Internet services moves at a pace and it's not surprising that older platforms don't get on fully with the latest services and APIs. In this case it's the official Twitter client for Windows Phone 8.1 that has stopped working - we did know that this might happen at the start of June, according to Twitter's own announcements. You'll remember that they replaced their (also quite old) UWP application with an all-encompassing PWA in the Store a few months ago? Don't panic if you're on 8.1 though, third party clients come to the rescue.

In screenshot form then, here's the problem, an official part-solution, and a third party proper solution: 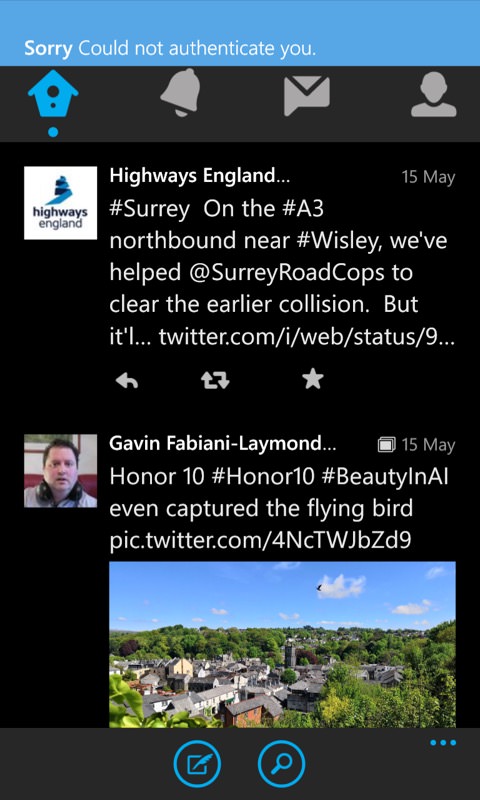 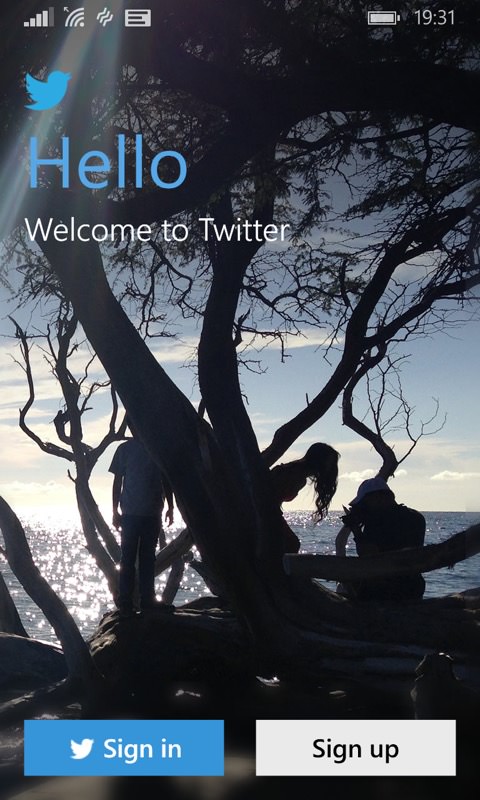 Anyone using the Twitter 'universal' app for Windows Phone 8.1 will now get an authentication error, even if you're already logged in; (right) a sensible thing to try would be to sign out and then sign in again... 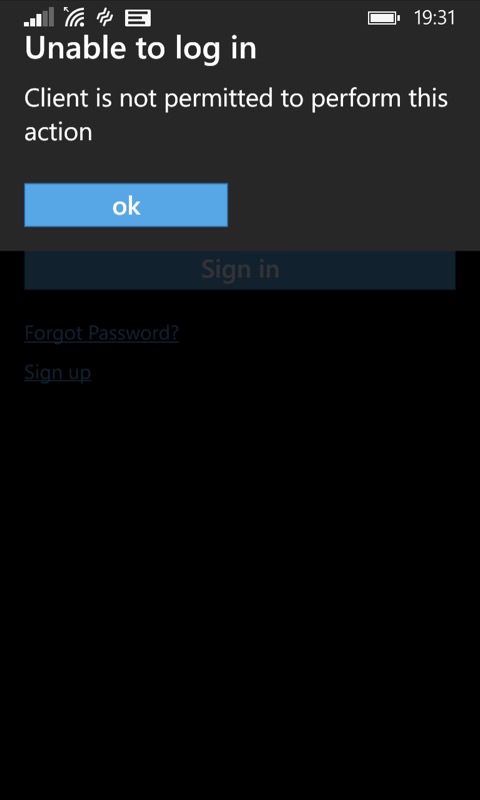 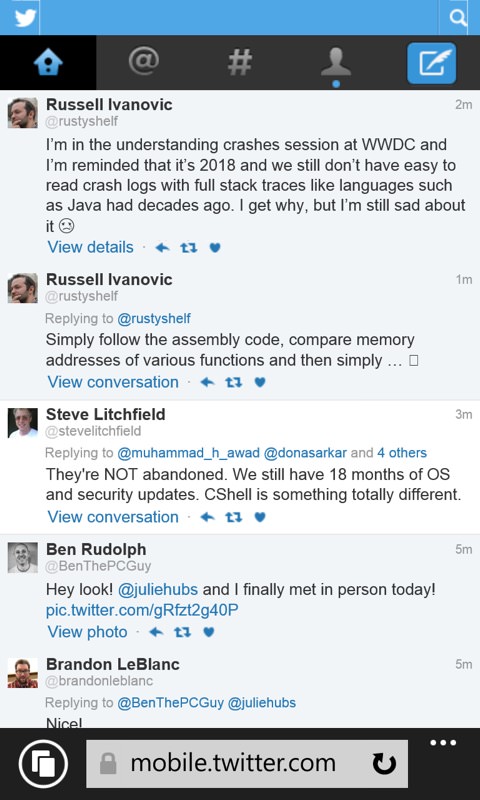 However, you then run into this cryptic error. No go; (right) Next up is the Twitter web site in Internet Explorer. This works surprisingly well, with one exception (and no dark mode - spit!) 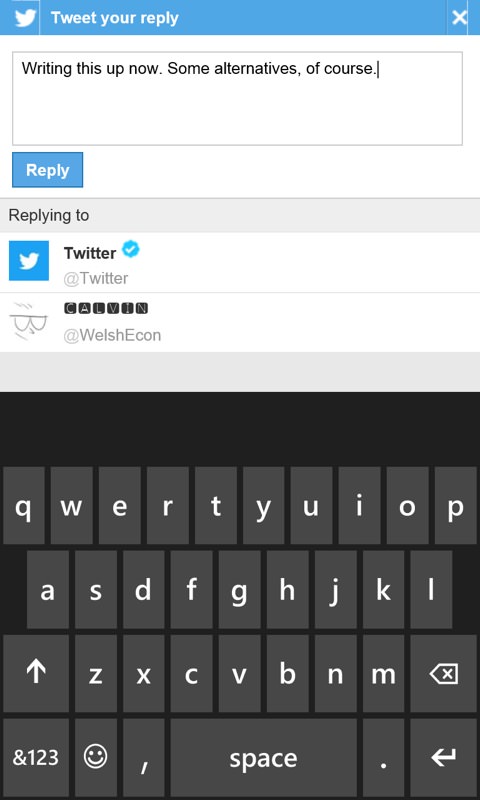 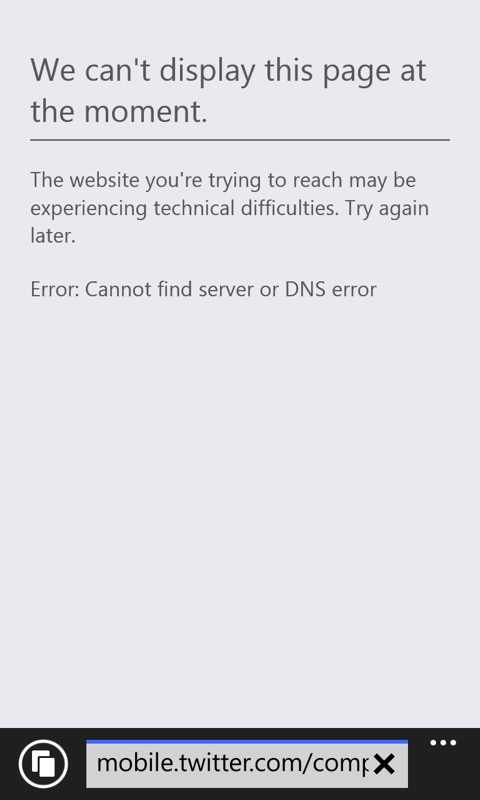 Here's the exception. When you try and reply or tweet in any way, it works, but you also get this bogus connection error page. Pressing back gets back to Twitter and all is well, but it's.... annoying. 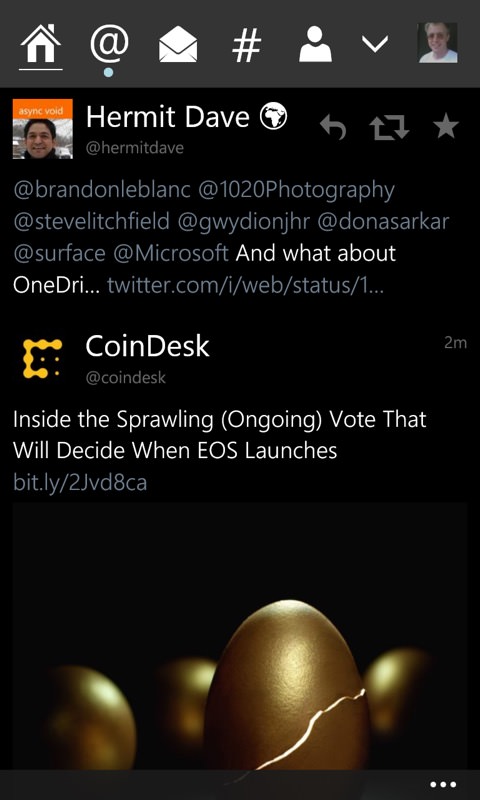 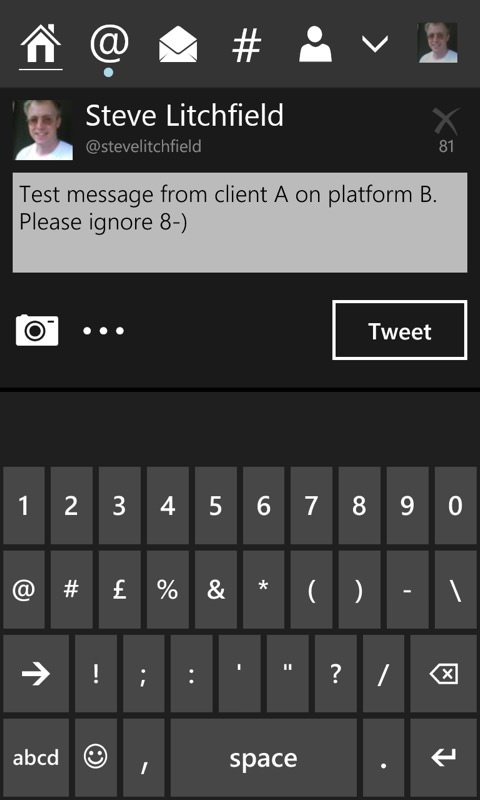 The solution, you won't be surprised to learn, is to use third party Twitter clients. As usual, Tweetium is the best (in my view) and is shown fully working here. No hiccups other than it not having been updated for the new 280 character tweet limits. 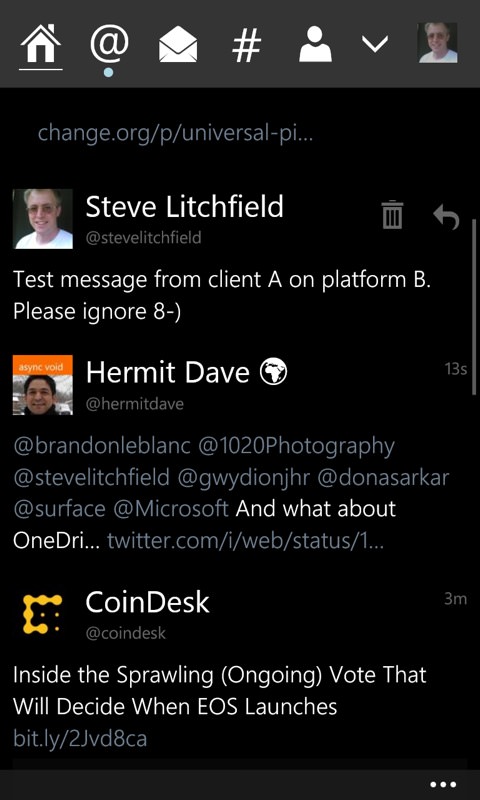 At least Twitter on 8.1 isn't a total dead end (yet). And I don't blame Twitter one bit - they have every right to move current platforms on and simplify things at their own end.

I can't imagine that more than a few percent of people here are still using Windows Phone 8.1 day to day - I tried recently and it was a little painful, despite the extra turn in speed! If you ARE, then what client do you use for Twitter on the platform now? Comments welcome.