Two years of progress in the super secret OneLocker UWP

One of the very first UWP applications for Windows 10 Mobile was the third party encrypted database OneLocker UWP and we featured it here two and a half years ago. Since then it has continued to evolve, but I've been chronically guilty of ignoring its development. That changes now, with a summarised changelog up to the current version for all Windows 10 desktops, hybrids, tablets and yes (to an extent) phones. 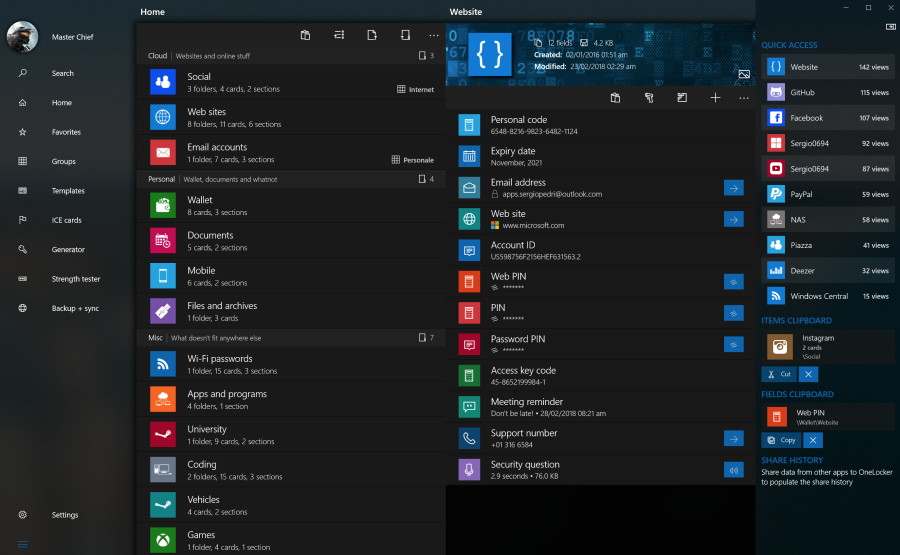 The changelog over two years is extensive, so let's stick to the broad brushstroke improvements, though note that some do require newer APIs than Windows 10 Mobile supports, and so are only available for 'Desktop', so laptops, hybrids, and so on (as per the Fluent Design screenshot above). The Windows 10 Mobile code base is still getting tweaks, but only where things can be backported successfully.

With the sad withdrawal of Enpass from the Windows 10 UWP space, OneLocker UWP is now the only serious contender for managing your secret data under Windows 10 Mobile.

I was particularly excited by the Keepass 2.x integration, at least for the OneLocker UWP builds for the Desktop. My idea was that I could open up my longstanding and huge (1000s of entries) Keepass 2.x file on my Surface Go and then sync it via a native OneLocker UWP database through to my Windows 10 Mobile phones. 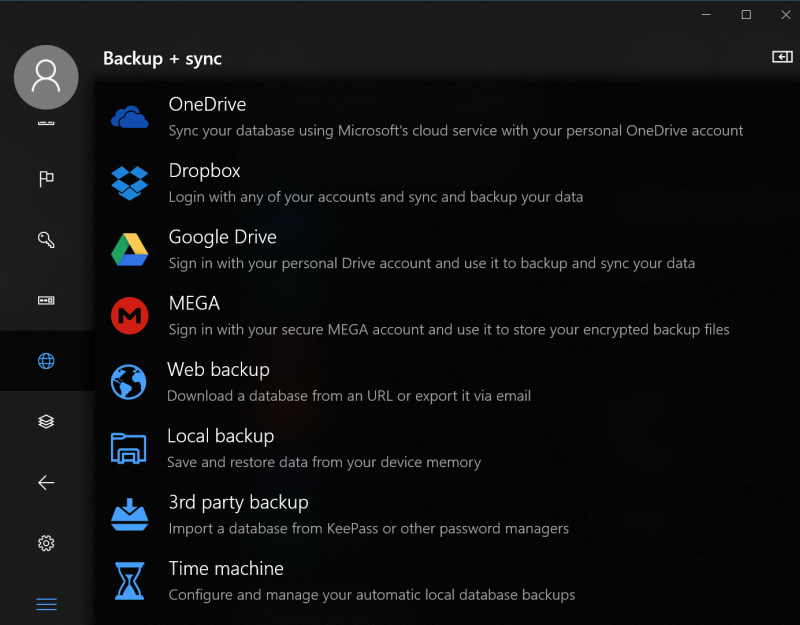 Some of the many ways to get encrypted data into OneLocker UWP and to back it all up safely in the cloud... 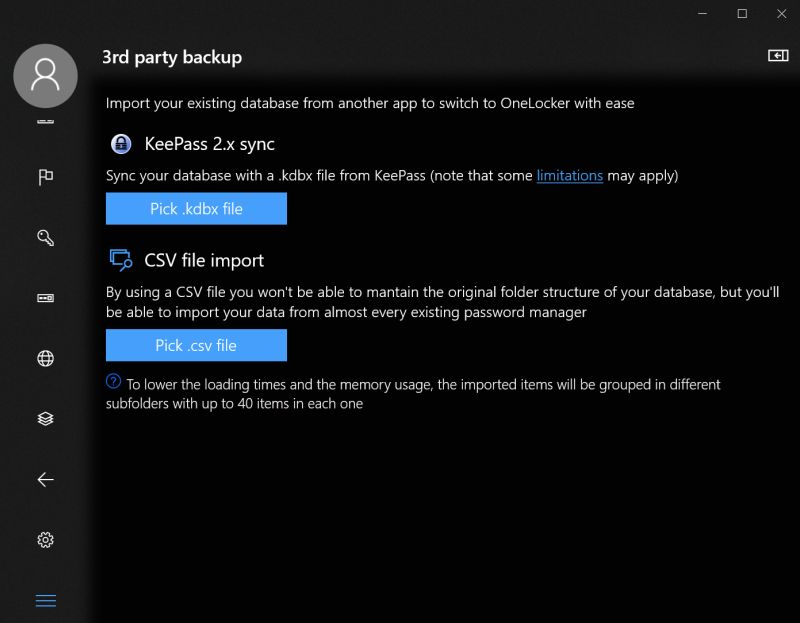 It almost worked too, with OneLocker UWP not liking something about my particular Keepass file - I tried some dummy (much smaller) files and they worked fine, so the jury's still out on all this. And data points from others very welcome - the OneLocker developer has tested with other Keepass files with success.

The full remit of OneLocker hasn't changed much. Quoting from the current Store entry:

OneLocker is a complete, powerful and feature-packed Universal password manager for Windows 10. With multiple field types, Windows Hello, background sync, customizable live tile and jump list, a QR codes scanner and much more for all the flexibility you might need. Do you happen to have lots of passwords for all your accounts and you always end up writing them down somewhere not to forget them? This app is the perfect solution for your problem: you'll no longer have an hard time trying to remember everything as OneLocker will keep all your data safe and available wherever you are.

Although I get the consumer recognition of 'password manager', this is much more, really. Just as with the various KeePass 'clients', we're talking a full encrypted database, which can be used for any confidential information in almost any textual format.

Anyone can grab and use the trial version of OneLocker UWP, with the following sensible limitations:

So if Enpass let you down and if you're frustrated by KeePass clients being a bit half-baked under Windows, then give OneLocker UWP a try in the Store here.