VLC's UWP version for all Windows 10 phones, tablets and (yes) desktops has been advancing steadily in terms of reliability, performance, and international support. It's such a useful media player, even on phones which already have Microsoft (local) music and video players. Below is my summarised changelog (for v3.2.1) since we last featured VLC here a year ago (for v3.0.2), including four separate updates during approximately 14 months.

Don't worry if most of these are somewhat cryptic - only the developer needs to know what they mean!

So quite a bit there in terms of VLC working day to day and it's one of my 'must-install' apps on any Windows 10 device (including phones).

As usual, VLC takes an eternity indexing a new card from scratch, so if you have a new microSD or if you've just installed VLC then be patient. Be VERY patient. Every video is examined, every music track is opened fully and the upshot is that you need to leave it alone for a good half an hour in most cases while the indexing takes place. You can play stuff that's already appeared in the UI, but don't panic if you don't see all your music immediately! You'll know when indexing is complete, as the spinning dots will cease in VLC's UI.

It's worth the wait though, since VLC is now mature and plays video and audio media impeccably. 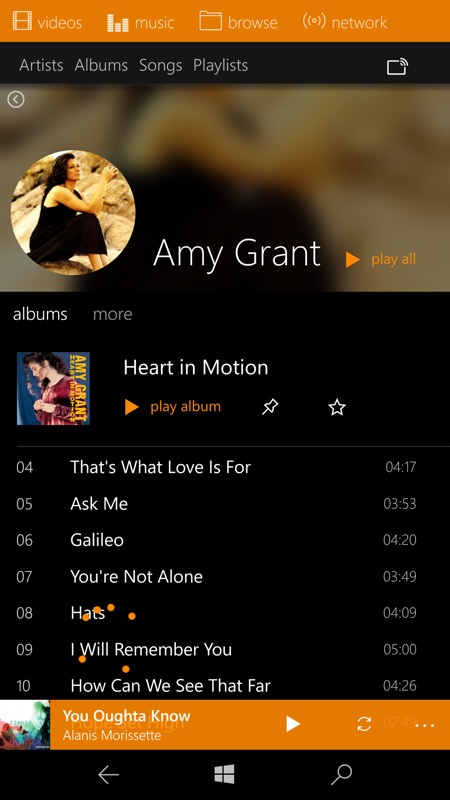 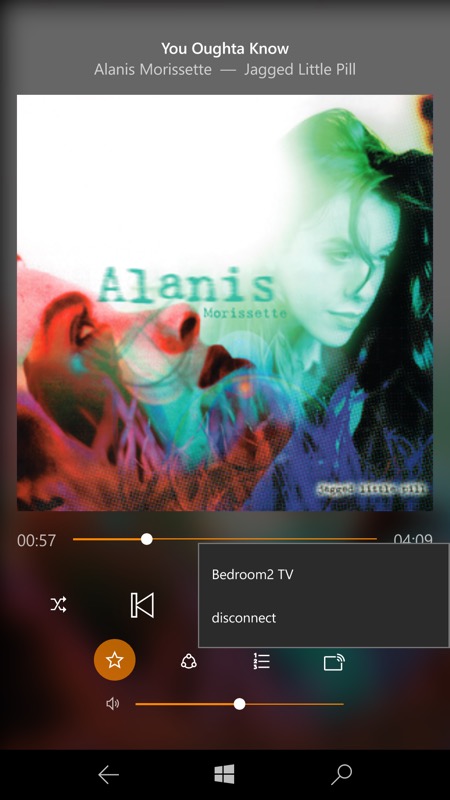 Playing music, with lovely interface in terms of space, theming, transparency, effects, and so on. The 'odd' spinning orange dots on the left are part of the indication that VLC is still indexing my 128GB microSD card - VLC loves indexing things!! On the right, note the Chromecast support, for any audio or video cast TV or Hifi set-up. 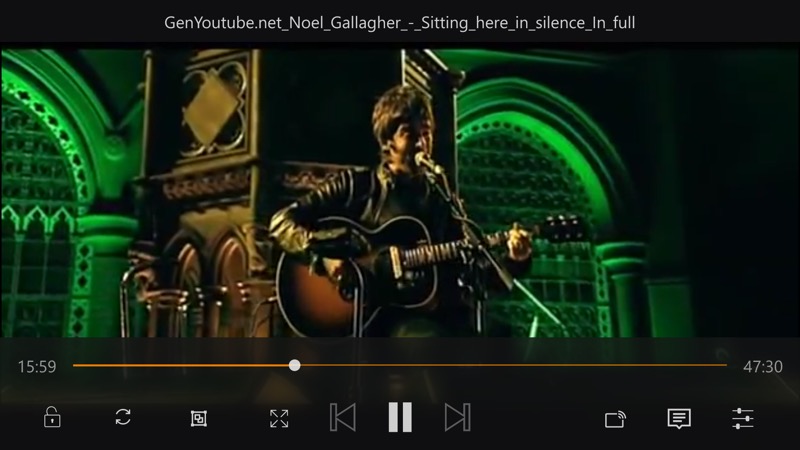 Video playback, with the controls visible (they auto-hide after a few seconds).

Of course, you might well ask why you should care about VLC's UWP app when the likes of Groove Music and 'Films & TV' work OK on Windows 10 Mobile. Good question.

And here are some good reasons:

You can grab VLC's UWP app for all Windows 10 devices here in the Store. It's free and always improving.