An exclusive release for Nokia's Windows Phone handsets is not a rare occurrence, but the latest title, Mirror's Edge, has caught our eye. The 3d platformer comes from Nokia and EA, and we think it's their first exclusive Xbox Live title for Windows Phone. And it's a good one.

The exclusive app approach is one that many handset manufacturers have taken - HTC have their own suite of apps while Samsung has ChatON and FamilyStory bundled with the new Omnia M - so Nokia is not unique. It would be fair to say that the Lumia range of Windows Phones has been defined in Software, using a mix of Nokia's own software and exclusivity periods on titles such as ESPN.

The addition of an Xbox Game is an extension of that principle, but I worry that in standing out through software, Nokia are bringing in fragmentation through applications. Xbox Live exclusivity is sitting slightly uncomfortably with me. 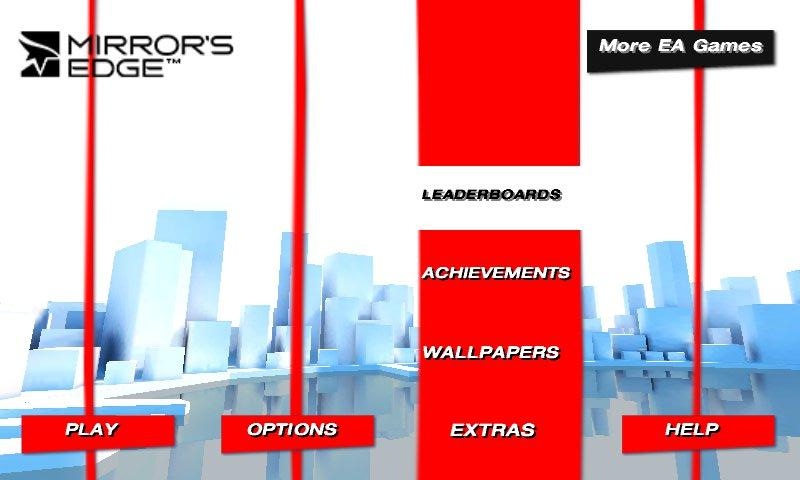 But enough of the politics, is Mirror's Edge any good? Thankfully, it is, but in a rather limited way.

First of all my congratulations to the copy writers - Mirror's Edge has a lovely dystopian feel to it. From the app description:

Immerse yourself in the world of Faith Connors – an underground “Runner” who must bolt into action to stop a deadly threat in a perfect society full of sinister surveillance and relentless pursuers.

It's just a shame that they named the character Faith - that's far too Joss Whedon for my liking. After all the prose, I wasn't sure what sort of game to expect, but it felt like it should be epic. Mirror's Edge turns out to be a strange mix of platformer and the 'never stop running' genre that's gaining popularity on touch screen devices. But it still has that epic feel. 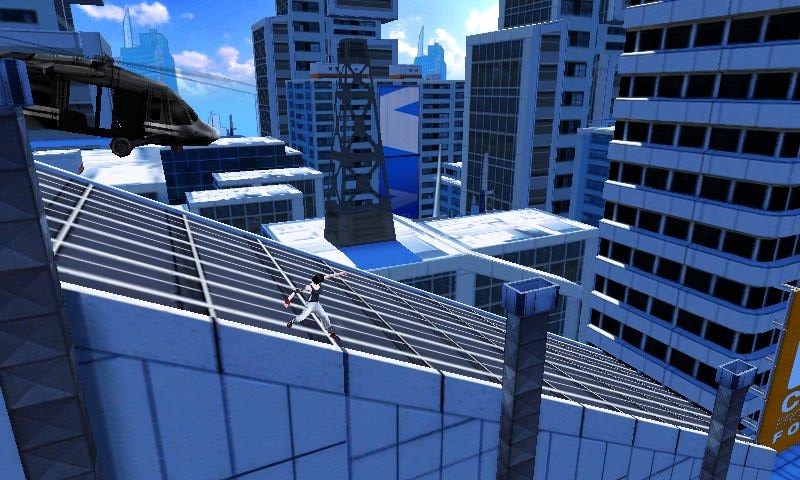 While all the levels are flat levels in terms of design (think of them as being drawn on a single sheet of paper), the game engine constructs a full 3D view of the world - so when Faith is running down a corridor you actually are in a corridor, with doors, scattered boxes, and other corridors branching off (that you can never go down, but let's not look too deeply shall we). The camera moves around as well, giving an urgency to sliding down a zip line, climbing up a lift-shaft, or chasing after another runner who appears in front of you.

The world feels real, and that's a great achievement for what is a quick-reaction arcade game.

Controls are smart as well, taking into account that Mirror's Edge is going to be played on a smartphone, which means short bursts of play with just a touch screen as an interface. You start Faith running with a swipe to the left or right, and away she goes. Swipe up to jump, swipe down to slide, and you have the basics. Under a zip wire? It's another swipe up to get on the line - and you can use the accelerometer to control the speed if you want to (but it doesn't seem vital). Simple controls, but with enough complexity (when used in the game environment) to make for an absorbing challenge. 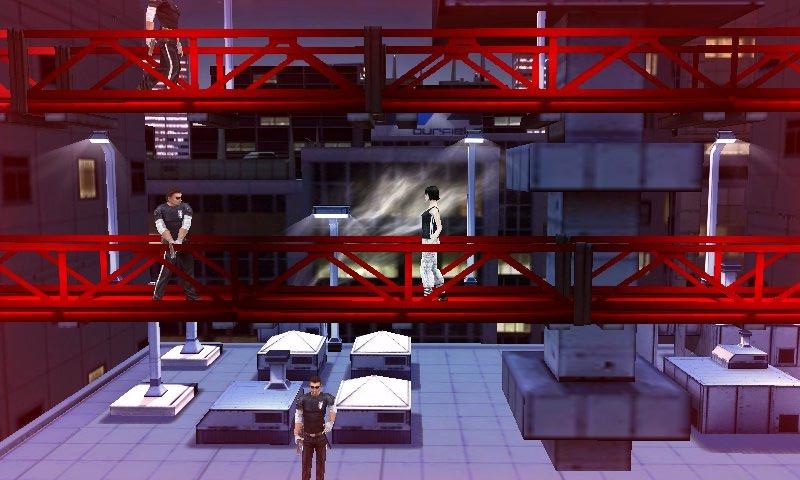 It's not just running, jumping, and standing still though. Once you get past the first few levels, the story really kicks in and you have guards and enemies on screen that get in the way. Again, the swipe directions will allow you to attack them in combination with your regular moves. Sliding will let you trip them up, a swipe towards them while in the air and you'll do a flying martial arts style kick, and you can carry on with your run to the end of the level.

Once more a simple control system (but not too simple) provides you options in how to deal with the environment around you. That gives a much greater sense of ownership of the story - there is little that feels forced on you by the developer as you play through. Even the bonus bags dotted around the levels for you to pick up are an optional extra, rather than a requirement to finish the level. If you want to go for 100% completion, you can, but it's not vital.

Perhaps it's unfortunate that these extra options aren't on show in the trial version - lacking the ziplines, combat options, and the clarity of the different environments you can run in (it's restricted to two rooftop levels), it falls flat, if you pardon the pun. It's only as you play a few more levels that the game opens up, gets the adrenaline going, and yes, even at a few points inducing a light feeling of vertigo during some rather fast and precarious jumps. 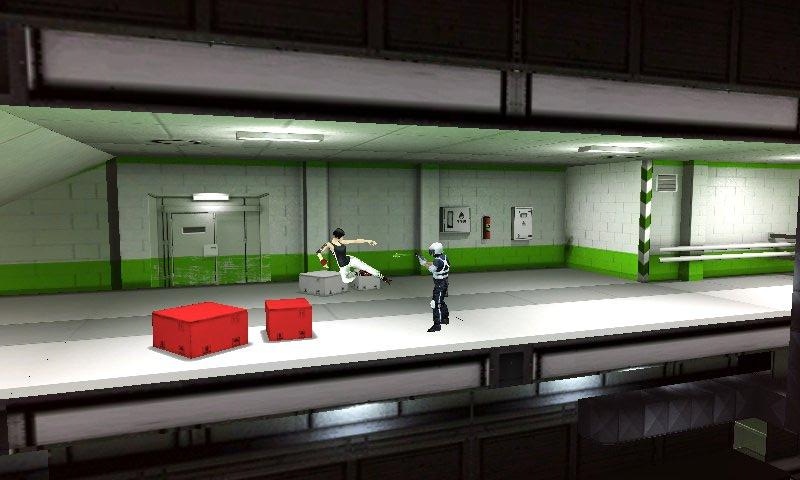 Mirror's Edge has style. It might not be home console level of graphics, but it has a gritty realism to it, as well as a superhero-y style poise while you jump around the world. Perhaps the storyline during the game could be presented in something that's not as awkward as 'Star Wars style' text scrolling into the distance, but it all hangs together and I'd be very tempted to describe it as  'cool'.

I also want to make a point of mentioning the soundtrack - there's a floaty female voiced theme tune over the menu, which does feel like it belongs on an HBO mini series, again adding to the atmosphere of Mirror's Edge; and the in-game soundtrack has a mix of driving bass lines and high notes of excitement that are more deserving of a Michael Bay FX fest than a smartphone game. 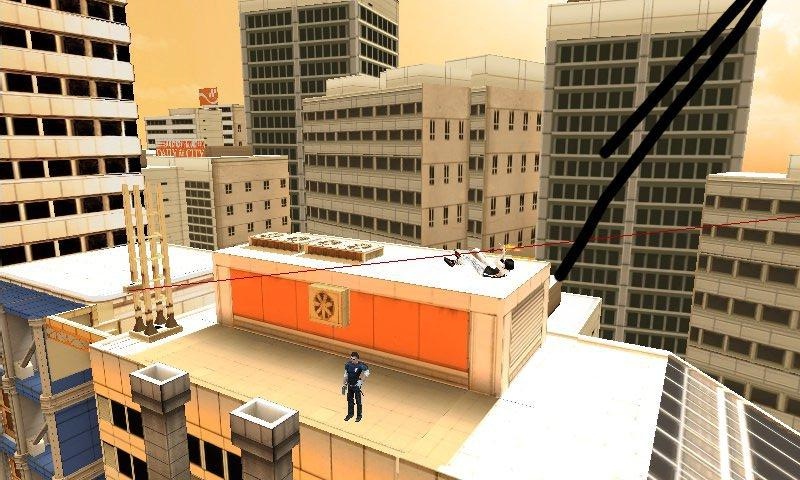 This is a really good Xbox Live title, Nokia have chosen well. I wonder if this is a time limited exclusivity period so everyone else can play in the world, but for now, I have two recommendations.

The first is for the game, it's well put together, challenging without being too difficult, and fun to play. The second is to EA - sort the trial mode out, because it doesn't do a good job of showing off Faith, her abilities, or what Mirror's Edge offers. 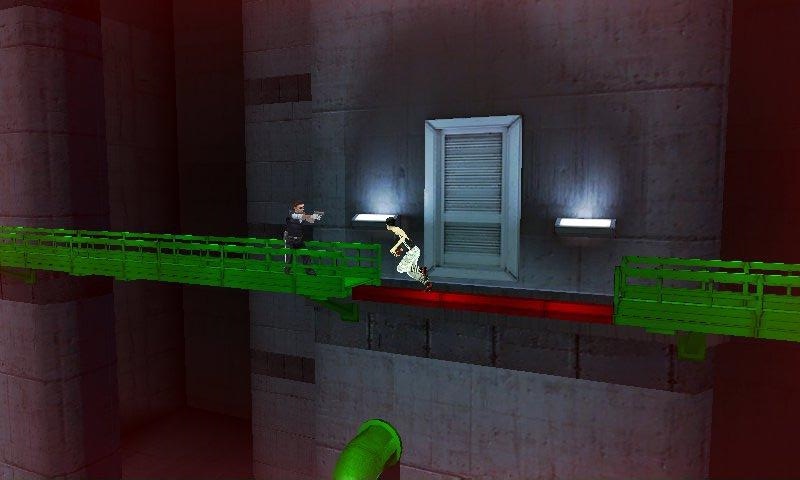