Another in Lumsing's excellent series of 'Power Banks', the 6000mAh model here is distinguished from its larger 10400mAh sister by being dramatically slimmer and almost all metal. As a result, the price-per-milliAmp-hour is higher, but I don't care - the 6000 is a "man's" charger - a veritable mobile power tool and yes, you can knock nails in with it. Probably.

Arriving in the same deluxe packaging as the 10400mAh version, the Lumsing 6000mAh Portable Power Bank feels like more of a premium product. Whereas the bigger, bulkier model had plastic styled to look like metal, here we actually have an aluminium shell that wraps around the body of the charger, the only exception being the status edge, which is shiny black plastic and has the 'on' check/power button and the traditional four status LEDs. 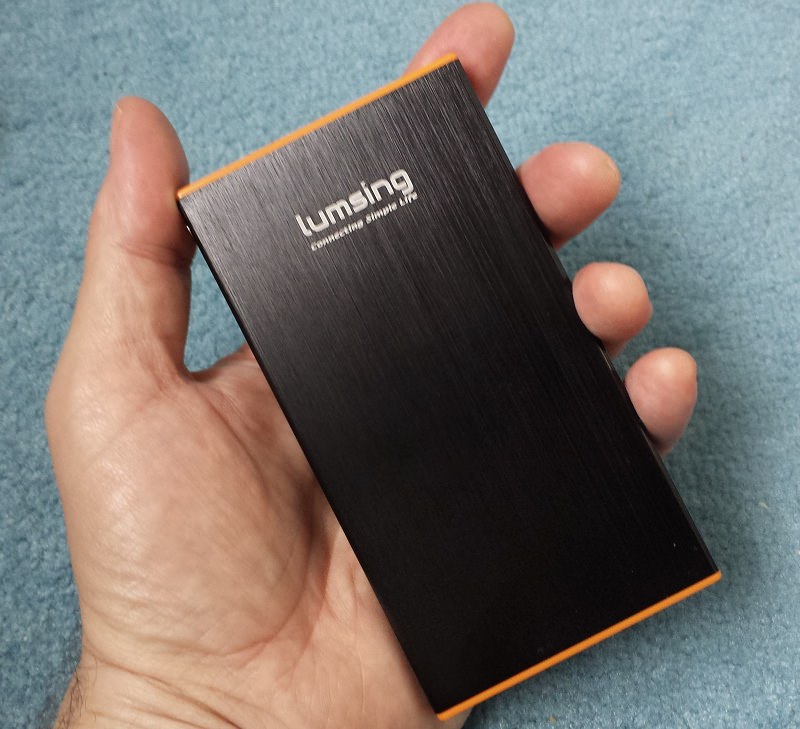 On the top edge is microUSB input (i.e. for charging the Power Bank) and two standard USB outputs, one rated at 2.1A (for tablets) and one at 1A - though either work for most smartphones, of course, and both at 5V. A 0.5m elasticated microUSB cable is supplied in the box, though doubtless most users will already have their own favourite leads. 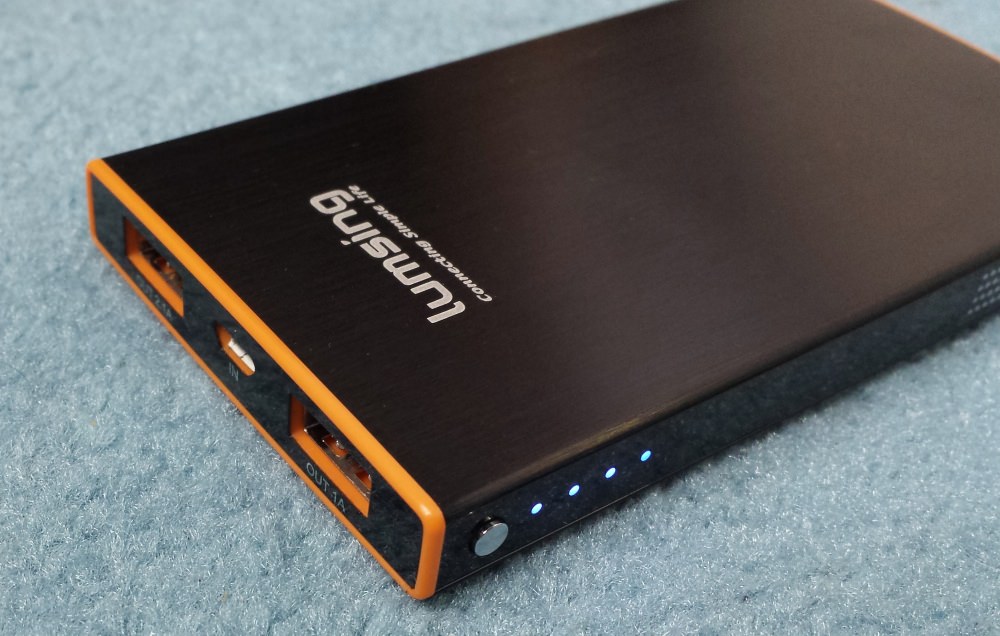 Notably, there's no mains charger in the box - again, it's assumed that most people have multiple microUSB wall chargers (or similar) and, on the whole, I'm fine with this. Along with phone makers omitting headphones, this sort of reduction does have a practical impact on waste and duplication. Though the 1.5A input rating for the Power Bank does mean that you'll need a meaty charger if you want to recharge the accessory in the quoted 'not more than five hours'.

If five hours still sounds a long time, remember the capacity here. 6000mAh is well over twice what's in most 2014 smartphones. At any point the LEDs indicate what's going on - animating when filling the Power Bank and showing 25% increments when the button is pressed when static or discharging.

In terms of charging devices, this being the All About sites, the 6000mAh Power Bank recharged a Nokia 808 PureView from scratch and a Nokia Lumia 1020 from scratch, and had enough juice left over to take my big batteried Lumia 1520 from zero to over 60%. Which is quite impressive from an emergency charger that's itself no larger than a typical phone. 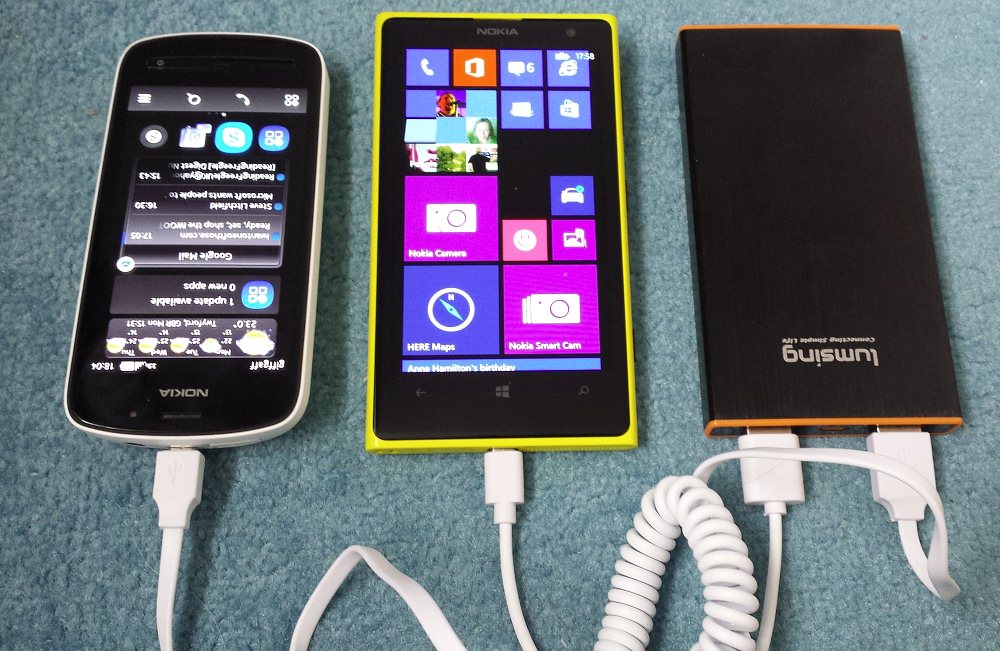 There's no denying the 6000mAh Power Bank's style - the orange trim is a little quirky, but the mass of brushed black aluminium (there's also a silver version) is enough to firmly put the accessory in most people's 'want' lists. An emergency charger needs to look and feel like it's a mission critical tool and not an overblown child's toy - and this Power Bank most definitely feels, in the hand, like it belongs in a geek's toolkit.

Yes, the sheer value for money isn't quite as high as in its plastic predecessor, at £19 here in the UK, but it's still pretty darned excellent and I'd be particularly proud to take this from my pocket in any meeting or show in order to render assistance to a fellow smartphone owner in need.