If there's a guaranteed way to engage my interest in a game, it's titling it something like 'Strike Wing: Raptor Rising'. It turns out that this is a space-based combat flight simulator, that it's cross-platform, and that it's unbelievably beautifully rendered. Often in real time. 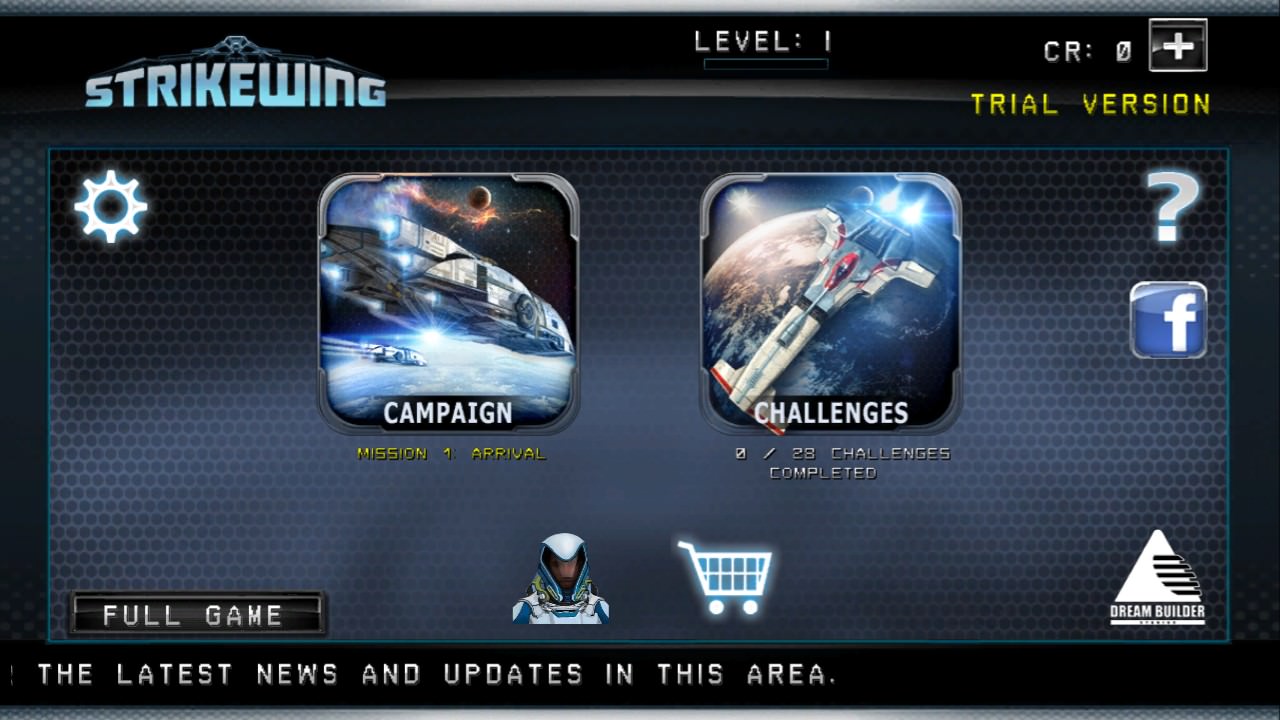 'Cinematic' is the keyword here - the story (epic space battles, sagas, Star Wars-style) and the visuals (both in 16:9 in the main game and in true widescreen for the rendered cut-scenes). In reality, space is essentially nothingness and black for 99.9% of the time - in the game, we have gorgeous backdrops, astronomical features wherever you look, in relatively close proximity, asteroids with (seeming) real presence and mass and spaceships with brightly coloured particle weapons, glowing shields, and so on. It's a visual feast. 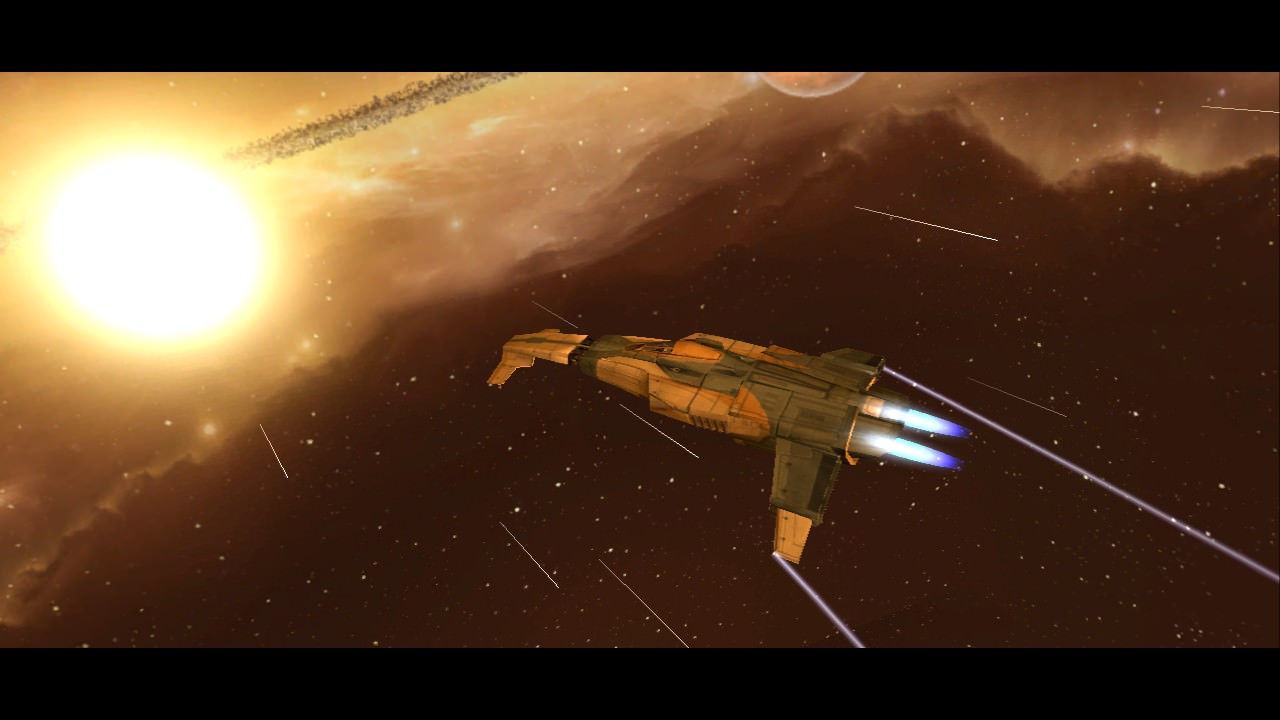 The in-game graphics are quite close to the rendered cut-scenes, thanks to clever use of high resolution backdrops and nearer real time rendered ships and objects, all blending into a believable world. The frame rate for the action was also excellent, even on the test (Snapdragon 400) Lumia 830. 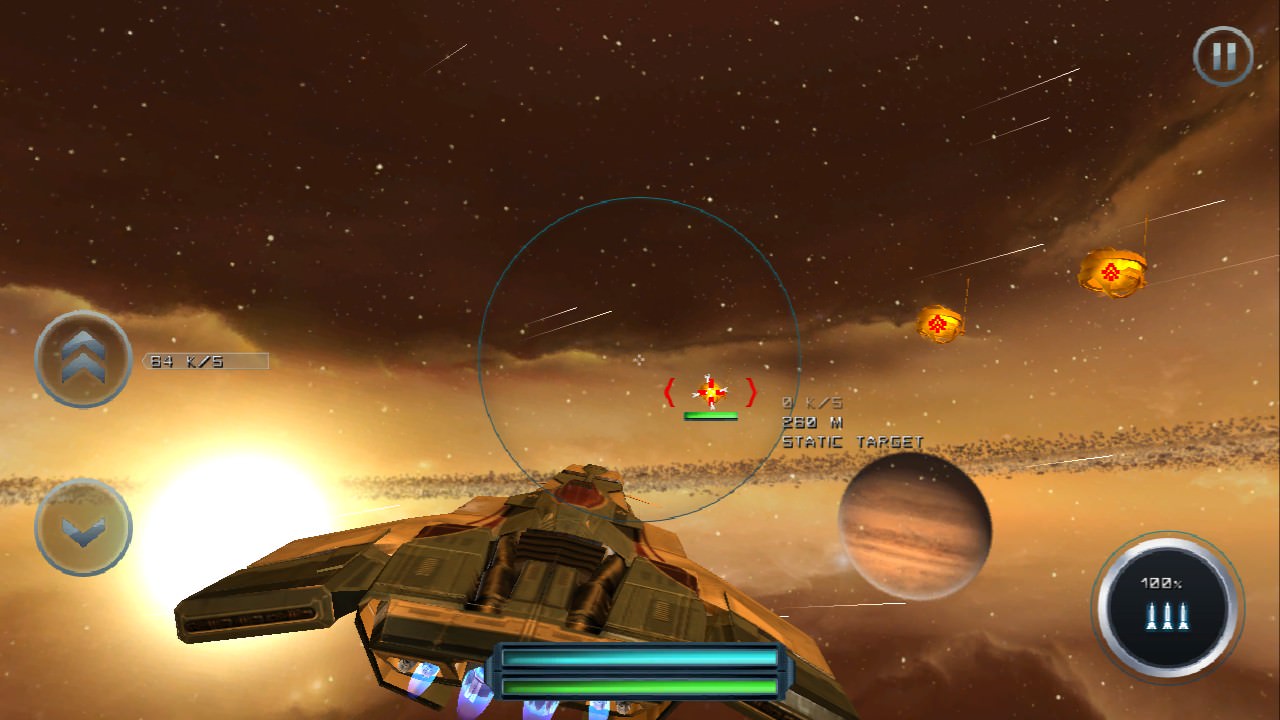 There's also quite a bit you can try out too, before moving on from the trial version to the full game. It's generous on both counts, so you get the training sessions and first level for free, and even then the entire game is only £1.30 (in the UK, etc.)

The interface for flying and shooting is simplified but intuitive - your phone is your joystick (let's leave aside that there's no air in space and so control surfaces won't work, so presumably there are computer-controlled thrusters being fired to comply with your accelerometer input) and there are 'speed up' and 'slow down' buttons on the left. If only real world space travel were this easy! 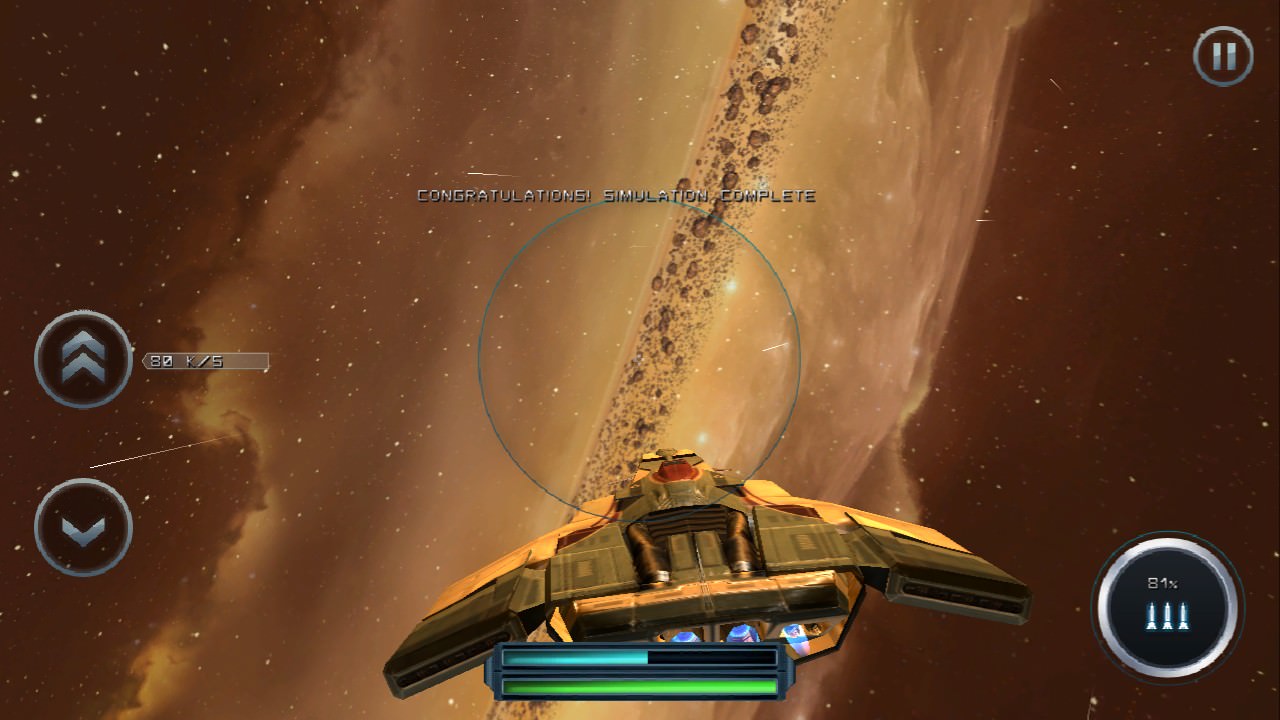 Screen right, there's just one fire button and no complicated weapons selection (though the actual firepower and weapon does change according to the craft you're flying, i.e. depending on where you are in the game). Locking on targets is automatic and as long as your craft is pointed in the general direction of the target, your firepower should hit home - get enough ammo into the target and it's a gonner. 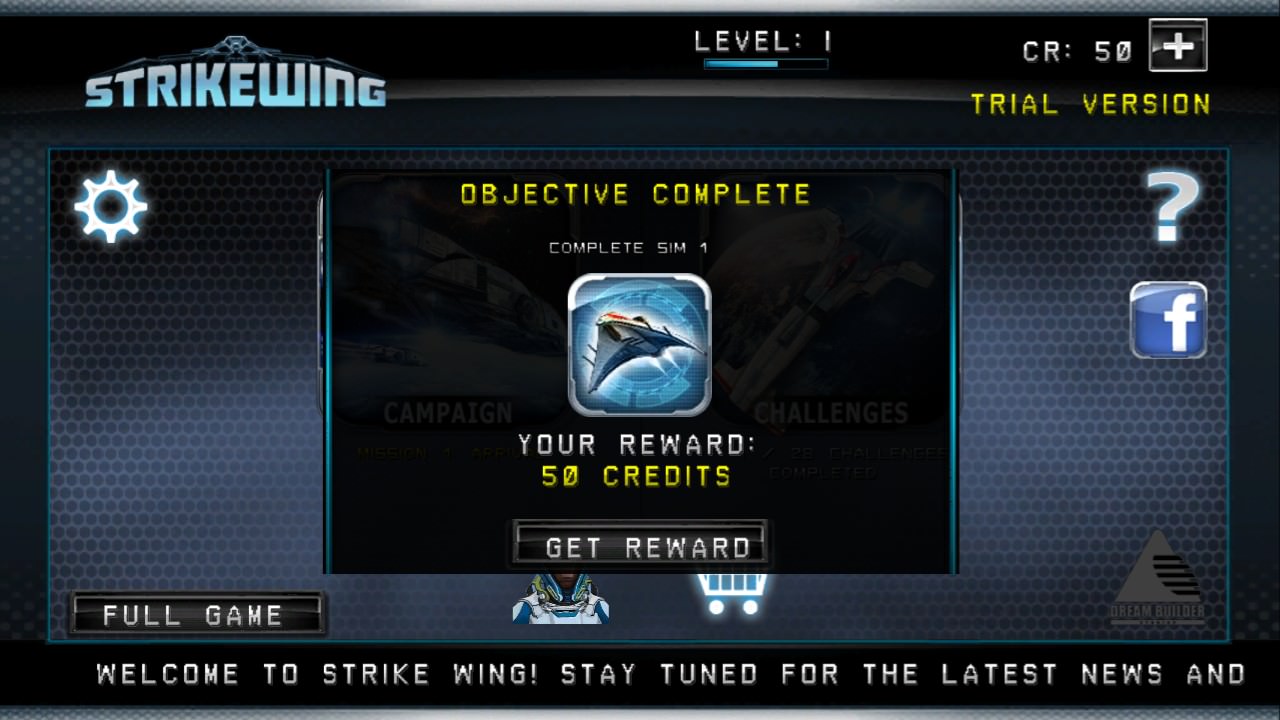 As you'd expect, playing through the game ends up earning you in-game currency, with which - eventually - you get to buy new craft in the fight against... oh heck, whoever these bad guys are.... 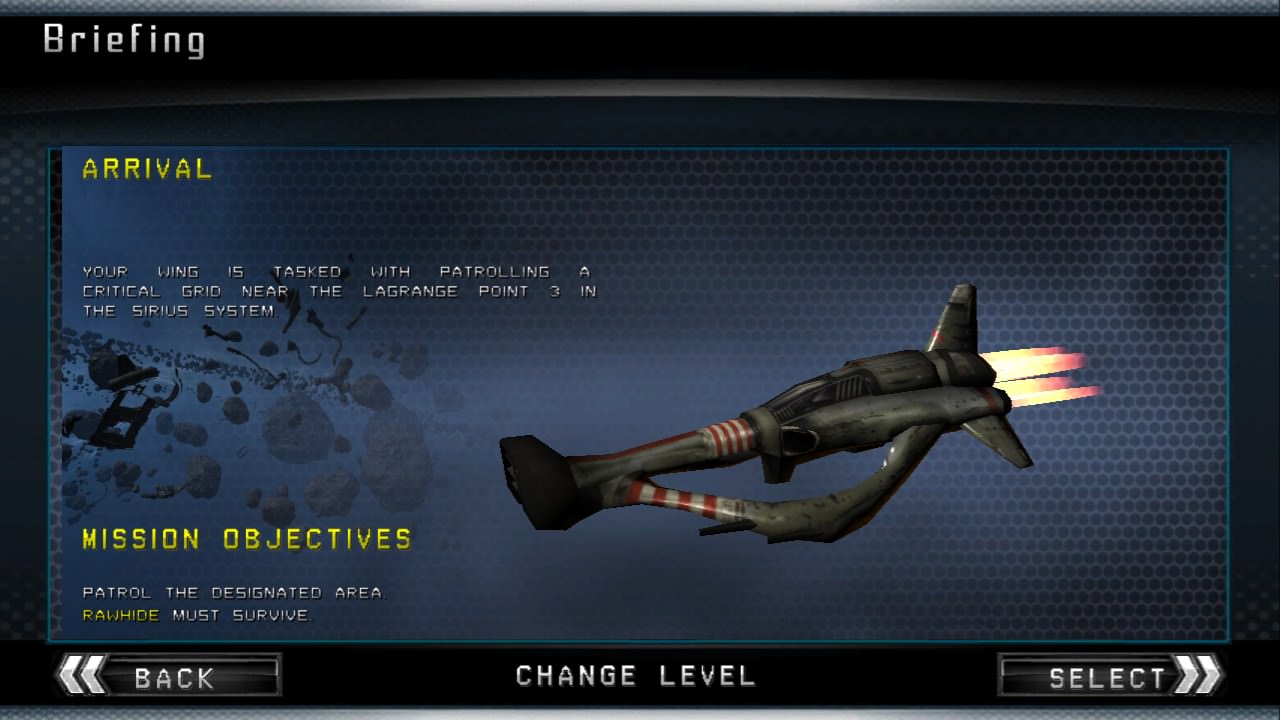 The amount of detail that has been put into the modelled craft, the missions and the celestial objects is impressive, though remember that Strike Wing: Raptor Rising has seen life on iOS and Android before, so it's fully filled out and mature in every way.

Ultimately though, it's the speed of the flight and combat, the visuals, the explosions, that add up to make this a terrific Windows Phone game. Even on a lower specced device like the 830, the graphics are stunning. 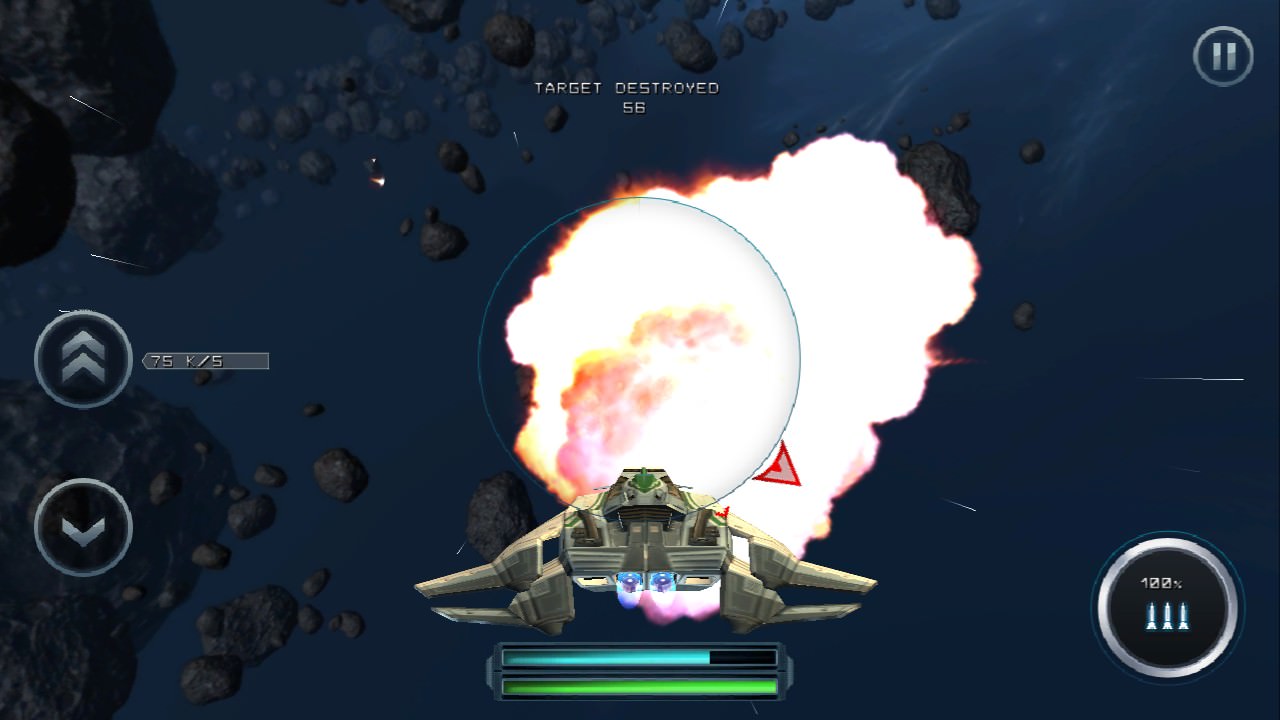 A great example of the level of graphics sophistication is when being fired on - your ship has a force field/shield and this glows and pulses as it fends off incoming weaponry - it's quite beautiful and - again - cinematic. 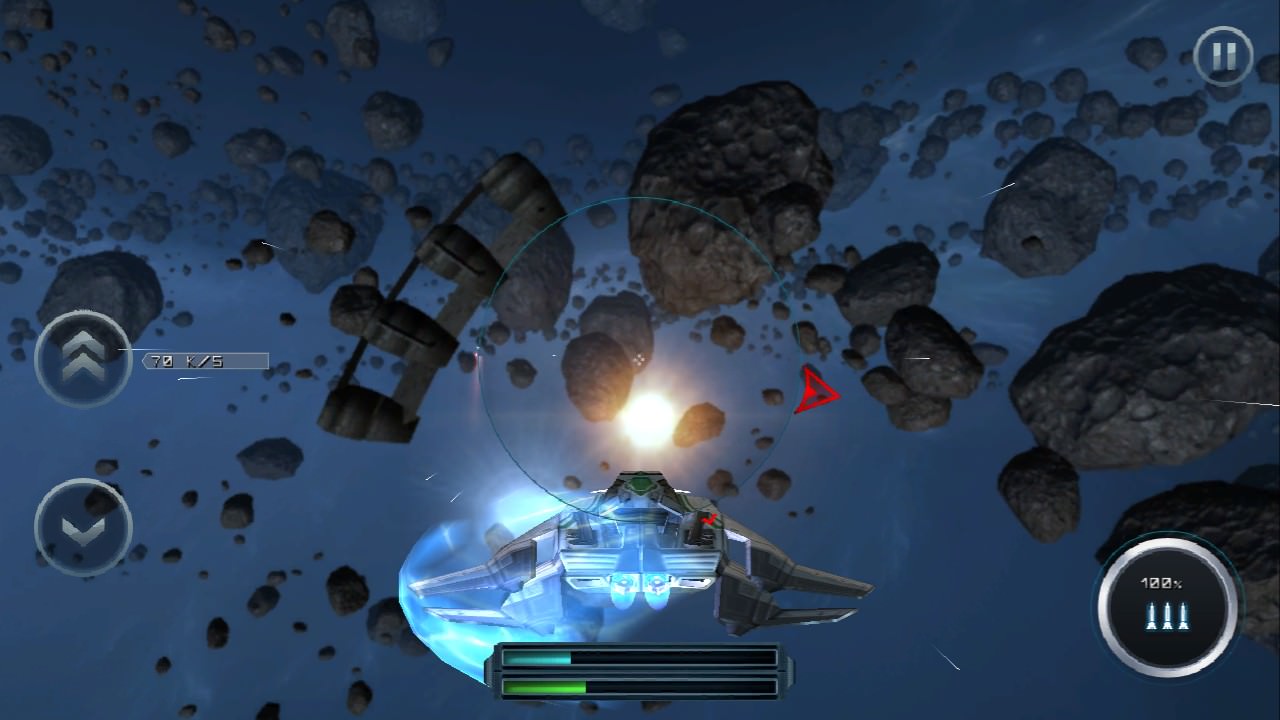 The asteroids that add atmosphere and err... scenery that you can hide behind, are impressive though you'll be very glad to know that if you should collide with one by mistake, in the heat of battle, you just bounce off and can carry on. This is a good gameplay choice and means that you can concentrate on out-flanking enemy craft and making each shot count.

From gameplay to graphics to value for money, it's impossible to fault Strike Wing: Raptor Rising. Highly recommended.