I have one beef with quality smartphone headsets like the Rock Jaw ALFA - they've ruined a lot of my music collection. I'll go into more detail below, but once you've heard all the defects in your compressed files, the defects that are masked by deficiencies in cheaper headsets, including those shipped with many Windows Phones, it's hard to 'un-hear' them. Which means more work, re-encoding the culprits! This is the new, redesigned ALFA from the UK company and it's top notch in every regard.

Do excuse the slight tangents to what should be a relatively simple accessory review, but it's important to set the scene. You'll have probably heard of efforts like Neil Young's (yes, that one), trying to get acceptance of his Pono Player and format ideas? His point, which was perfectly valid, is that a lot of modern heavily compressed MP3 music sounds terrible. It does, he's right, though that doesn't, in my view, mean that you have to go to 24-bit 192kHz files. That's a sledgehammer to crack a nut.

What's needed, for better listening, is to understand the chain of things which need to be lined up:

In practice, 2 is often missing for many people, for many tracks, 4 is almost always missing (think cheap outer-ear iPhone affairs), ditto 5 and sometimes 6 as well. As critics of Pono have pointed out, rightly, who cares if the original music (i.e. 1 and 2 above) is perfectly encoded when the rest of the audio chain is by far the biggest set of bottlenecks?

But I'm digressing slightly, this being something of a hobby horse of mine... High fidelity headsets like the Rock Jaw ALFA here make sure that 4 and 5, above, are covered. And, as I say, rather show up the problems in 2, and to an extent, 3. 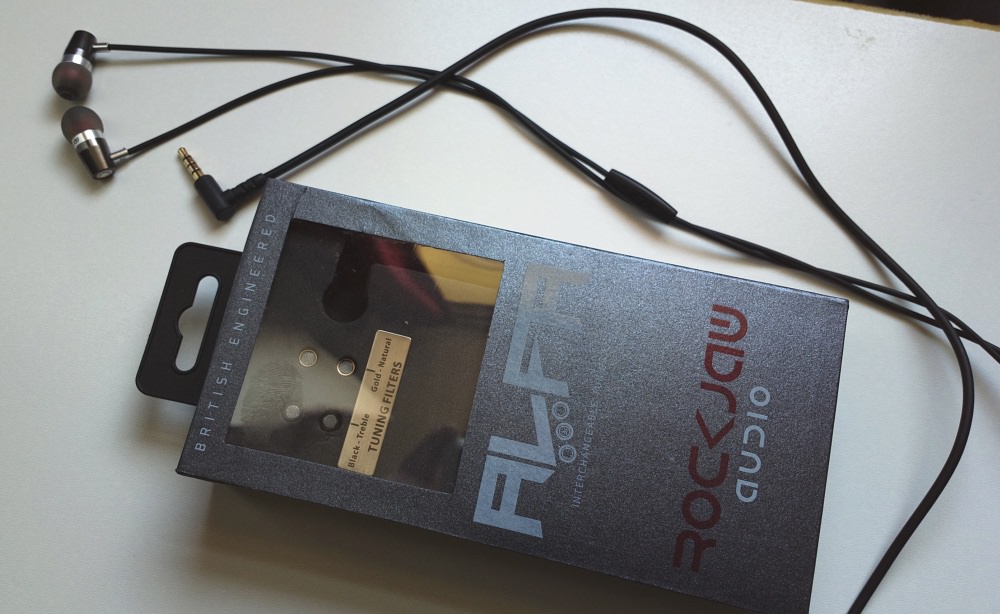 For example, with this headset you'll hear distortions and approximations and fuzziness in music tracks - usually the compression artefacts and compromises which you never really noticed before because your headphones weren't of the same quality. Some music, grabbed a while ago by me at 128kbps MP3, was all but unlistenable! Conversely, pick tracks on your phone which were encoded from high quality sources at high bitrates (e.g. 256kbps) and there's enough data bandwidth that any compression artefacts are well below the average person's ability to tell the difference from uncompressed (i.e. lossless) audio.

Add in the wide (a full, level, 20Hz-20kHz) frequency range of something like the Rock Jaw ALFA and then you start hearing instruments and details in the mix that you have, literally, never heard before. A violin playing somewhere left of the middle of the sound stage. An extra acoustic being strummed, almost subliminally. A backing vocal and you can make out what's being sung. A crispness to the percussion that you've never heard before in your life.

I should say that this isn't just me throwing around praise for a headset that has been sent in for review - in fairness, the same would apply to any really good set of 'cans', though seeing Rock Jaw consistently producing beautifully performing hardware for under the £50 mark when the competition is usually in the £50-£150 range should help you realise why I keep coming back to this brand. 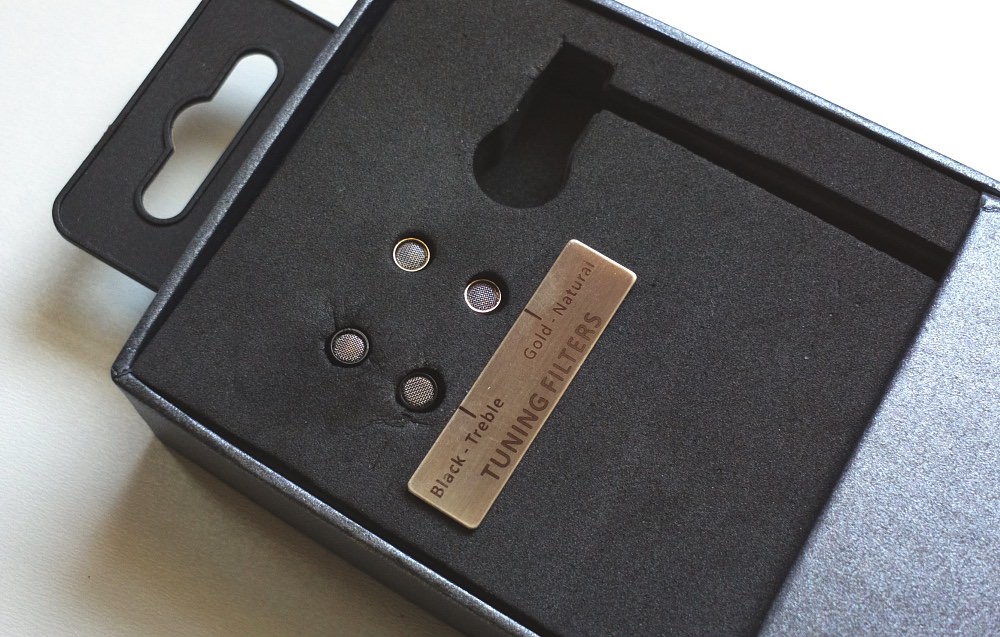 You may remember that I reviewed Rock Jaw's Arcana v2 headset ages ago, the 'ALFA' line adds the facility to unscrew the headphones and swap in 'tuning filters', i.e. different barrels with different acoustic properties. The silver set that are supplied fitted are just that - cylinders, and pass the raw sound through unimpeded, but the gold set have a 'ported' (i.e. baffled) design plus foam, designed to reduce bass and provide an even EQ. While the black set have a more complex set of obstacles to the sound, in theory reducing bass more and let the ear pick up more 'details'. 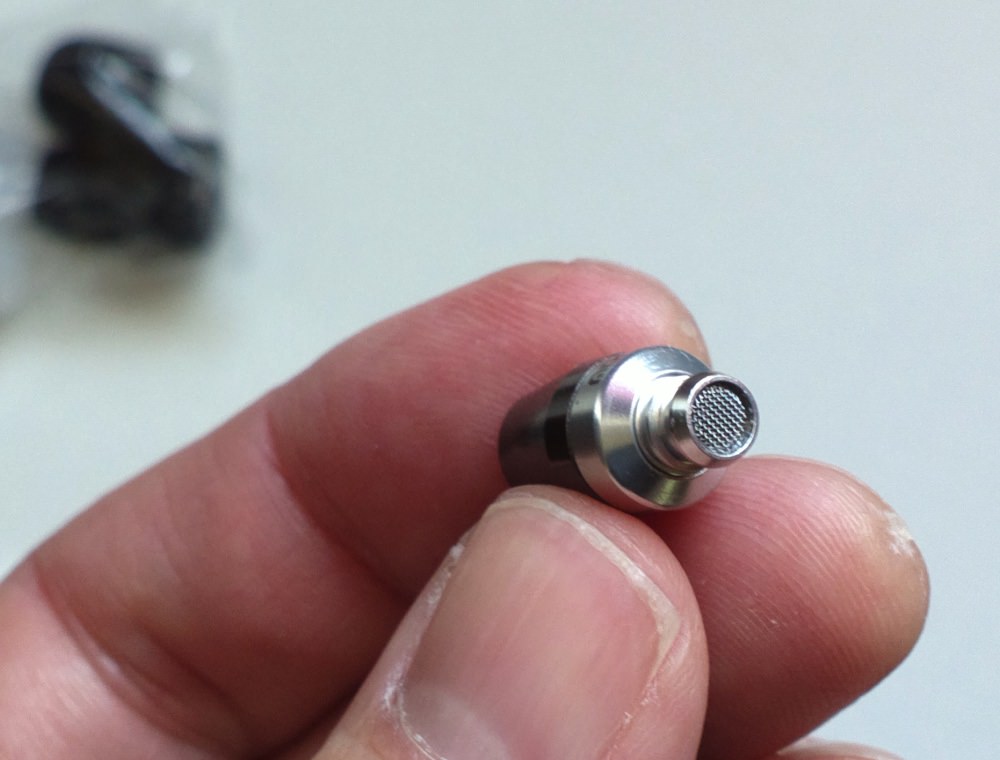 It's a nice gimmick, though (unsurprisingly) I found the 'straight through', default, silver set best for me, with perfect bass and top end, and no need for extra filtering. But then I do tend to listen to rock and progressive music - maybe a lover of a particular genre of music would prefer one of the other two?

The 'v2' bit in the product name refers to this being a re-design of the product - I did have the first gen ALFA (GENUS) too, but these suffered from cable entry guards which worked loose too easily - with more aluminium and a more solid cable guard, this version should be more robust. I also found the tuning filters on the old model tended to come unscrewed after much use and I ended up losing a couple while mobile (maybe they're in a pocket somewhere or in a washing machine fluff filter?!) Here's hoping the redesign is more long-lived in this regard. 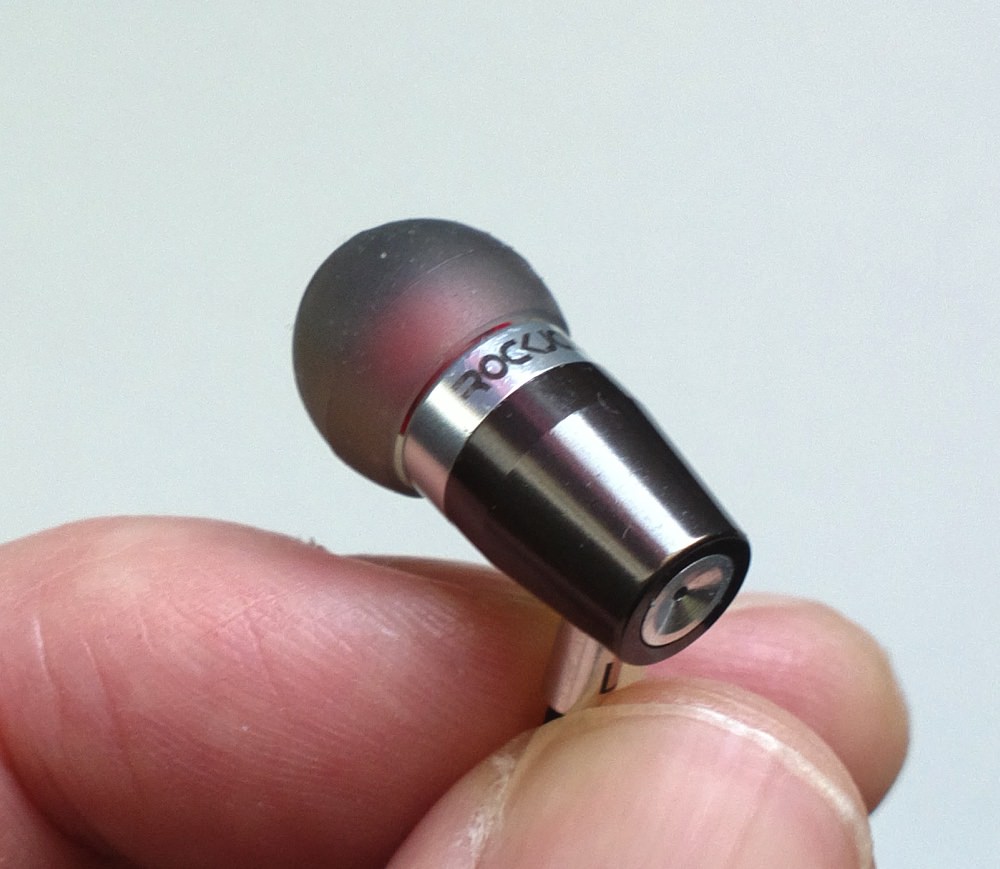 As with the Arcana headset, in testing with Windows Phone (on the Lumia 930, 830 and 1020), I was able to pick up and hang up calls with the textured button on the inline pod, plus pause and play (and skip) my music and podcasts.

Included in the box are no less than SIX spare sets of ear buds (of varying sizes and materials), so there should be a set that suit your particular set of lugholes. The ALFA v2 earphones themselves are longer than most cheaper headset buds, to encompass professional speaker drivers. Those who like to listen to a podcast in bed while lying on their side might have a problem with how far the buds protrude, but then this (i.e. mono podcasts) isn’t the core use case. 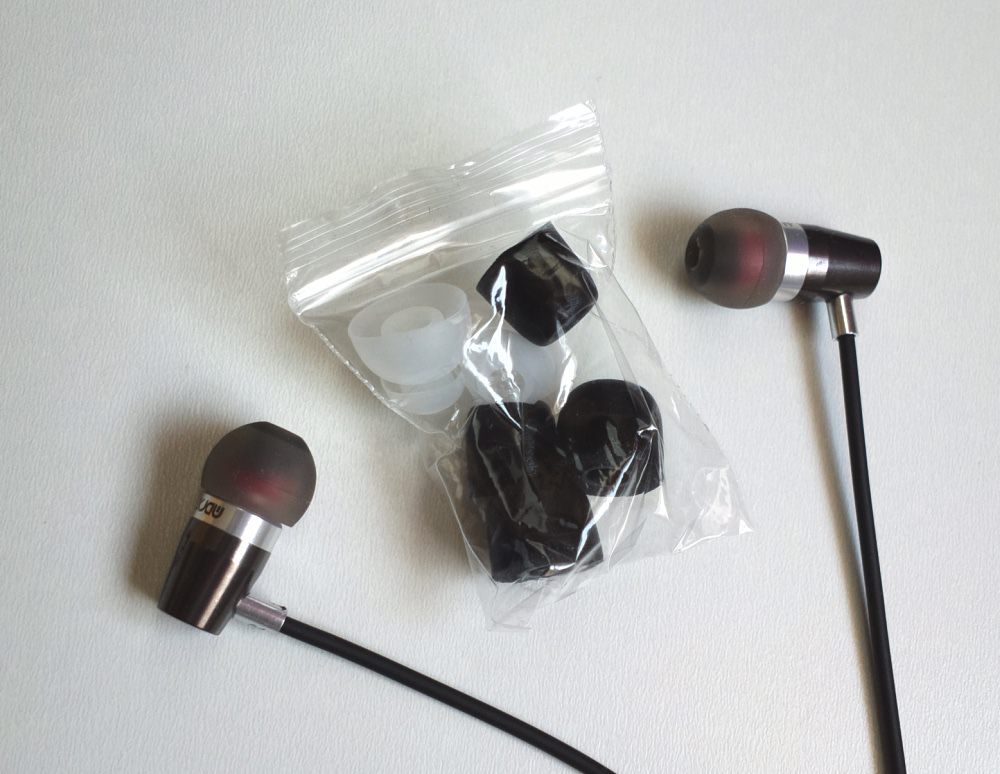 There's also a handy spring clip (in the deluxe box) to retain the wire and clip the assembly to a lapel, something which I used to have years ago on my old Nokia headsets and which I'd missed. With lapel support, the weight of the wires don't keep dragging down on the ears and ruining the audio seal.

At under £50 in the UK, all-in, I don't think the ALFA v2 (or indeed the Arcana v2) products can be beaten if you too have got a bit fed up with some of the less than glittering performance from in-box headsets and can’t face stumping up close to £100 for something with a better known ‘brand’. And if your handset didn't come with anything (as is the modern trend) then something like the Rock Jaw unit is a no-brainer.

As to which to go for, with hand on heart I'd still say the Arcana v2, as they're cheaper and I honestly can't tell the difference in quality - but the tuned filters in the ALFA v2 design are certainly a unique idea and these may appeal if you're a real audiophile...

For more information on the ALFA v2, here is it on the Rock Jaw web site.