The GO series of deluxe, immersive puzzles from Square Enix effectively reaches its peak with this, Deus Ex Go, using the basic framework of the 'Deus Ex' franchise, characters and locations, but with a new hexagonal grid system for character movement and all-new powers, obstacles and techniques. Is it all too much, too complex? Yes. Is it enormous, brain-straining fun? Oh yes again. 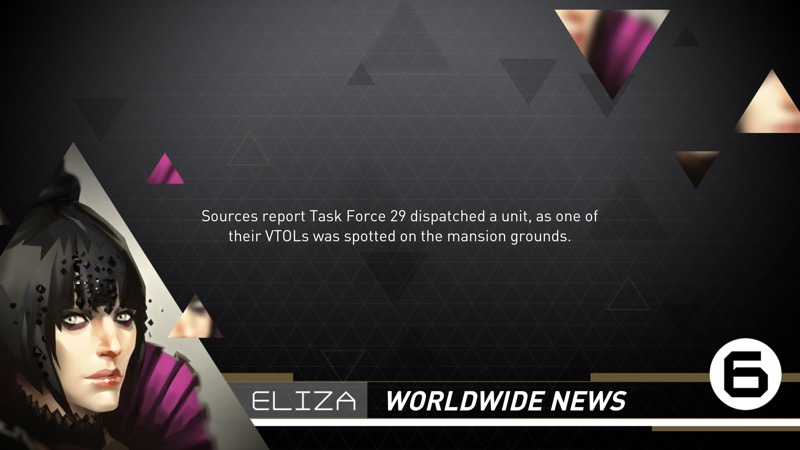 Establishing the storyline is a typical set of intro screens...

You'll be familiar with the core ideas behind the GO series of games, hopefuly, here's my review of Hitman GO and Lara Croft GO, both of which I loved. They're turn-based puzzles, building in action and excitement while at the same time going as slow as your brain needs it to. In each case you're controlling a character, moving them around a grid, swipe by swipe (anywhere on the screen). In your way are baddies, guards, obstacles, traps, and much more - and as you progress through the 50 or so levels these get trickier to defeat, requiring more planning and more precise movement sequences. 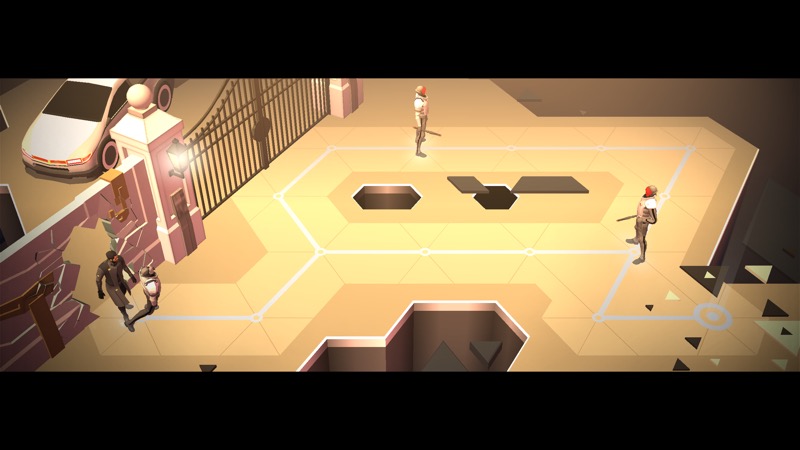 Your initial breakthrough into the terrorist-overtaken mansion...

50 levels sounds lower than in previous GO games and you're right, Deus Ex GO is smaller, with a claimed total playing time of three hours if you already know how to defeat every level/location - though in reality it will take many times that because of all the trial and error logic and calculation needed! Plus there's a new system of user level building, whereby you can design your own puzzle levels and play those from others once they've been checked by Square Enix. 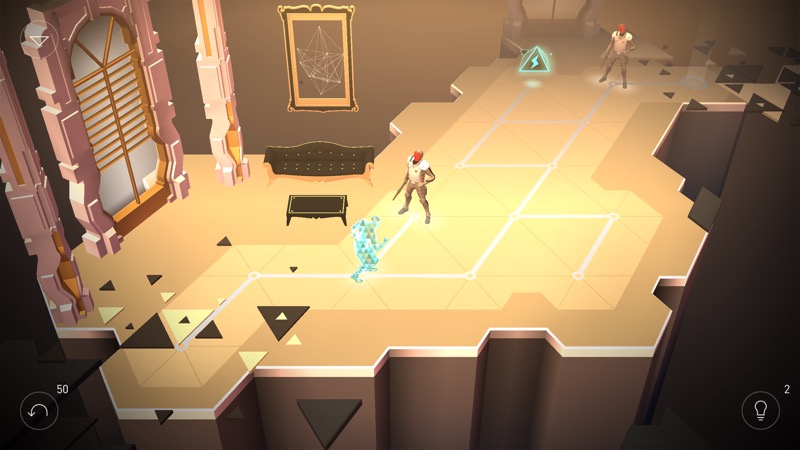 Here I've donned an invisibility cloak to get past the guard. Note that there's an extra one up at the top of the map, I'll use this to get round the other guard too...

As usual, the presentation is first class in terms of high resolution visuals and immersive stereo soundtrack, this time with a slight Tangerine Dream/electronic slant. Bone-crunching sound effects accompany any on-screen attacks and animations resolve these and various power-ups (such as turning 'invisible'). Even when (you're) thinking, lots of items in each level animate, jiggle, move and act as if they were 'alive'. The £4 purchase price is your entrance fee to this gaming world and, as with Hitman and Lara Croft, it's absolutely worth it. 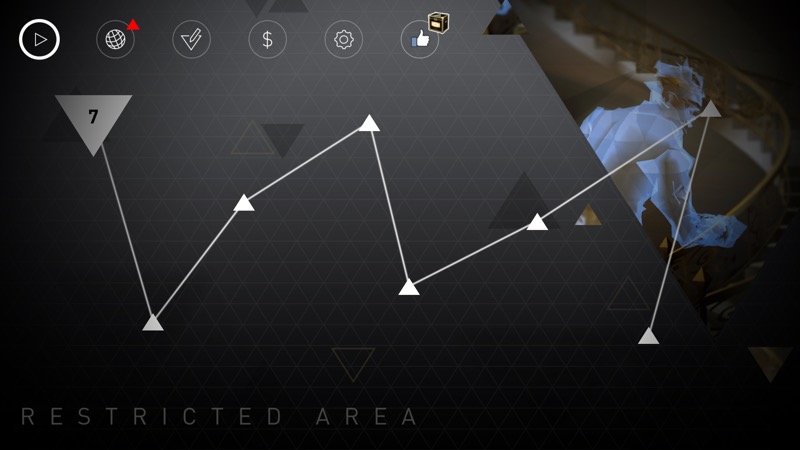 Working my way through the various levels - literally, in the mansion's case - here I'm in the basement!

Thankfully, Square Enix has been iterating on the way it syncs your progress - Hitman had no syncing whatsoever, so you'd have to play through all previous levels again if you switched (or reset your) device, while Lara Croft used a custom Square Enix online account and server. With Deus Ex Go UWP on Windows 10, there's full integration with your Microsoft account and everything's synced nicely through this, along with full compatibility with secondary (Continuum) displays, tablets and laptops. In fact, crank this through a 46" TV/speaker system and Continuum from a Lumia 950 (say) and the visuals and sound really come to life - you'll notice details you hadn't seen on the phone alone. 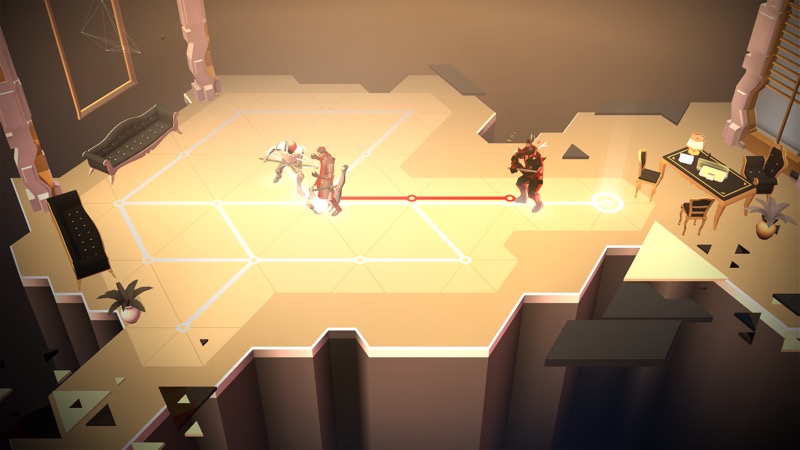 Fast and furious animated action as a I take down a guard and then am myself brought down (savagely) by another guard with 'Titan' armour on...

What's fascinating is that each of the GO series has gameplay elements that are unique, themed after the franchise/world in which the game sits. So in Hitman GO you had piles of stones to throw in order to attract the attention of a guard (and mislead him); in Lara Croft you had (among many innovations) spears, with which you could strike down nominated guard snakes from a distance; and here (in a dystopian high tech future world) in Deus Ex GO you have an invisibility power-up (you can't be seen by the guards for two turns) and wizardry over hacking, letting you take control of defensive gun turrets, manipulate rotating level sections, and so on. Meanwhile, bad guys can don 'titan' armour when they see you, making them invincible, and robots come along later in the game, with their own agendas and potencies. Each of the series feels very different, yet undeniably playable and luxurious in its own way. 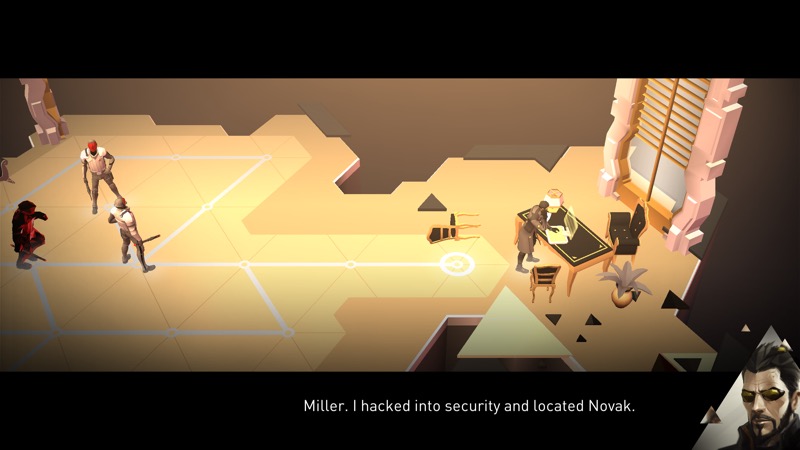 Subtle story extensions and animations after completing a set of levels here.

If there are any catches to Deus Ex GO, then they're in performance and in level complexity. Well, the latter's just me wimping out after a dozen levels because of the sheer amount of time needed to work out and play through every level. Don't get me wrong, it's great fun, but there will come a point where you're best advised to give the game a rest for a few days or weeks and then come back to it fresh - thanks to the account support, you can pick up right where you left off, hopefully. 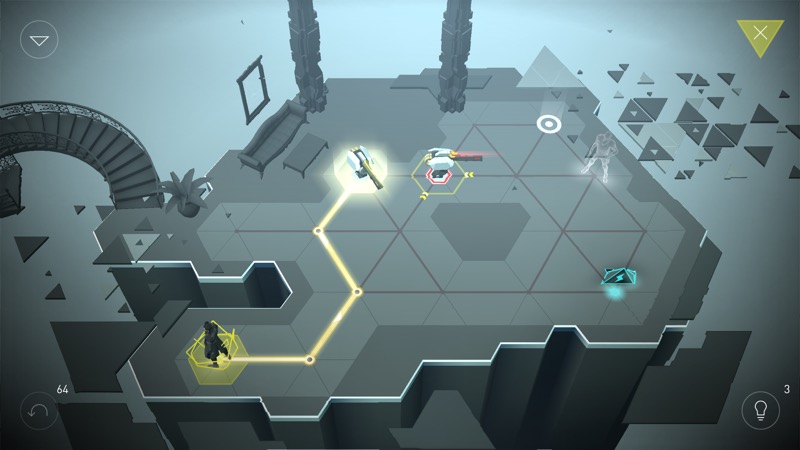 Hacking into a gun turret - hacking 'mode' greys out the level and lets you draw a trace route to the thing you want to hack or take over....

Performance is a touchy subject. How fast should a massive game like this be? Once you're into a level then response to touch gestures is absolutely fine, but Deus Ex GO can take a minute to load, is the best part of a Gigabyte on your phone storage, and needs 2GB RAM. As long as you're aware of all this and are happy then you'll be fine - after the initial launching, levels appear in only a few seconds (in fact, faster than on Hitman and Lara Croft). 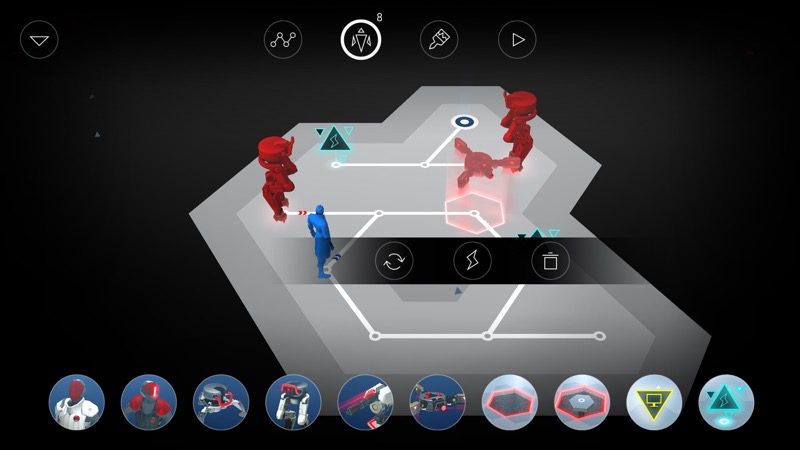 Getting started in the built-in level editor. Not for changing the official game, but for creating your own levels, which can then be submitted, etc.

In addition to the (relatively modest) purchase price, there are also micro-transactions for 'undos' (undoing your last gesture, so that you can try something else without having to play through the level all over again), 'resets' (after playing the game for hours I'm still not sure what these are!), and 'solutions' (literally, guided actions on screen to solve a level that's been plaguing you). You don't strictly need any of these in order to play right through the game, and you do get some solutions (and 70 or so 'undos') for 'free'. But once you get to levels which are genuinely driving you out of your skull then you may well find a fiver spent on extra aids like this a good investment of money/time. 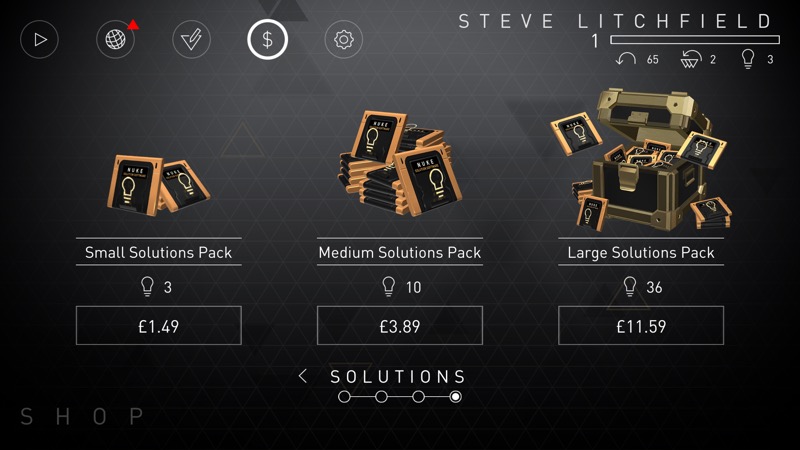 Some of the in-app-payments available - none are crazily priced thankfully, and you don't HAVE to use these at all... 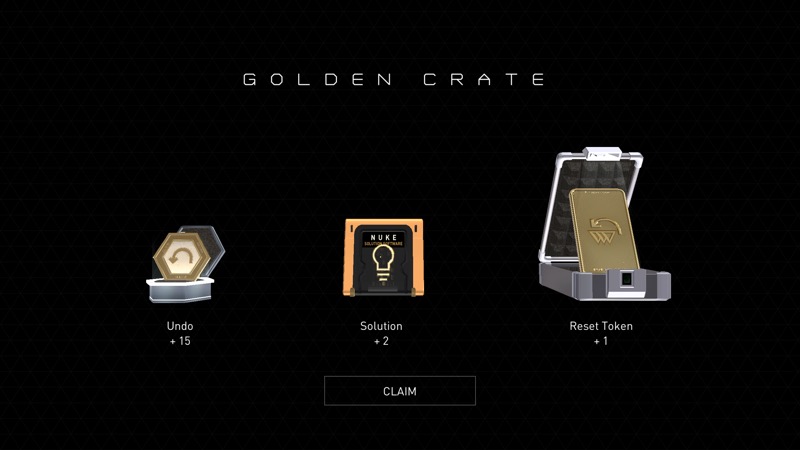 I believe I got a few freebies, as here, from liking the Square Enix page on Facebook 8-)

The screenshots here will give you a good idea of the scope and quality of Deux Ex GO. But if you want more then I'll embed a gameplay video at the bottom, for your interest. 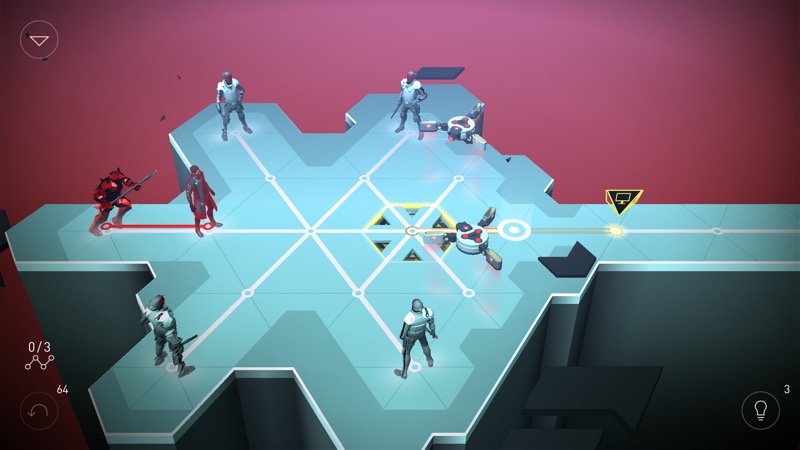 Deus Ex GO is another more-than-solid entry in the GO series of puzzles. In addition to being available on all Windows 10 form factors, it's also available on other mobile platforms, of course. And yes, Windows is catching up with iOS and Android here, but at least you've got no excuse now not to don your cloak of invisibility and investigate the terrorist-overrun mansion properly...

PS. If you want to see the gameplay animated and don't mind a few spoilers of how to solve the first few dozen levels, then here's Deus Ex GO played through on an iPad: