I'm not entirely clear why I/we weren't aware of Duplex Media Player here at AAWP, but it's been around for a while, is a full Windows 10 UWP, plays all audio and video seamlessly, has Chromecast support, and can stream from OneDrive or media servers directly. Yes, it's a commercial application, but it's only £1.70 if you grab it in the next 12 hours and, with one small caveat, it's really, really slick.

From the Store description for the main '+' variant:

That's quite a list of features, most of which - importantly - goes beyond the scope of 'Groove Music' and 'Films & TV' within the stock application set of Windows 10. In fact, many of the features go beyond what I'm able to practically or fully test here, plus some apply to XBox and the Desktop, but i'm still able to give you a flavour of 'Duplex Media Player +' (yes, that space before the + is part of the name - gah!) here on the page: 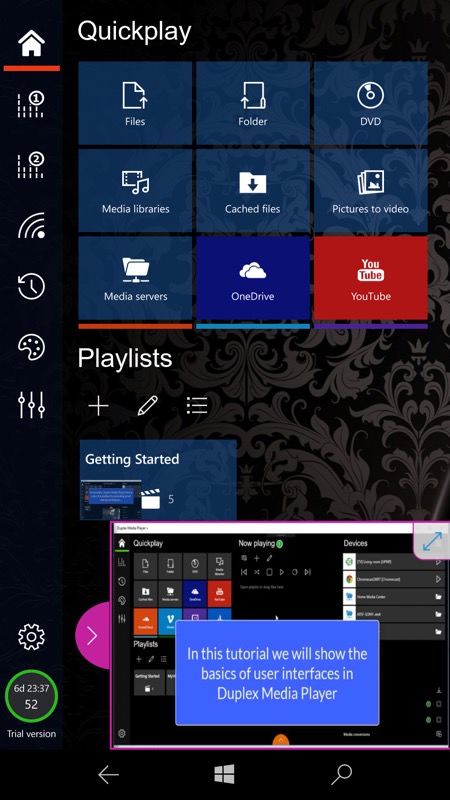 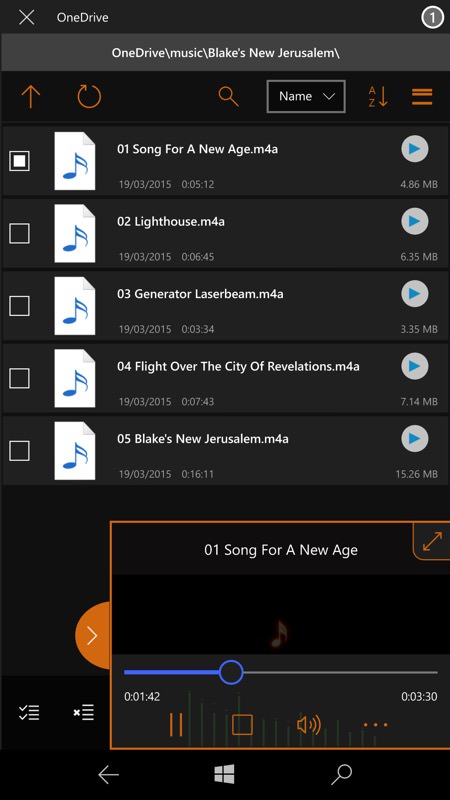 The Duplex Media Player interface, full on Windows 10, though without Fluent Design effects. You do get themes and backgrounds though (see later). The opening menu shows the various sources and modes - local, OneDrive, and so on. And yes, you can even stream audio and video from YouTube, though the interface for this is basic and not shown here; (right) delving into some of my OneDrive music, playing a 1970's electronic masterpiece...! Note the player is a slide-out pane and incorporates EQ visualisation, playback control and effects and more via the '...' menu. 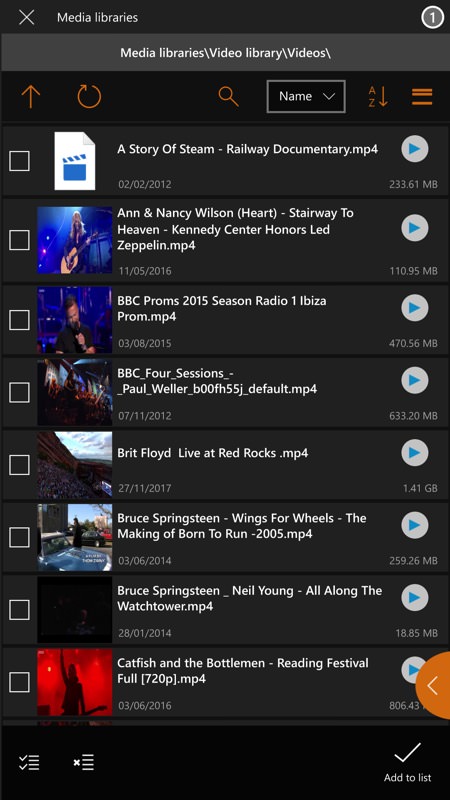 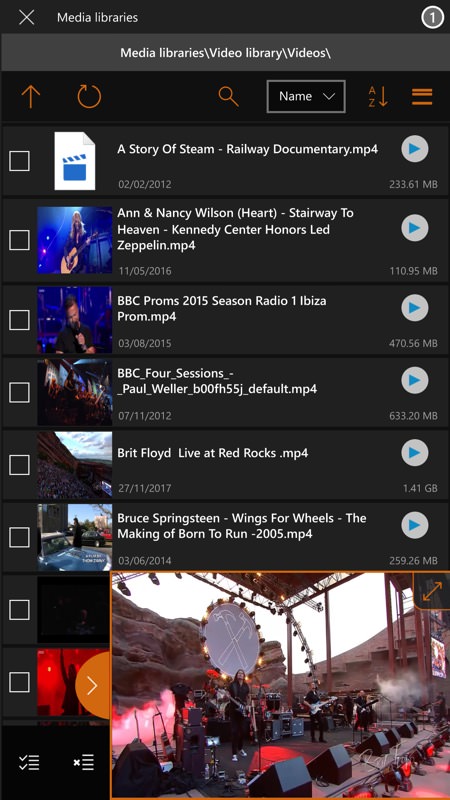 And here browsing local video material, on my Alcatel IDOL 4 Pro. All files played perfectly and in sync, starting in the slide-out window and then full screen if you want it. It's all very responsive and you can browse sources and files while a video is playing - there are no slowdowns or hiccups. 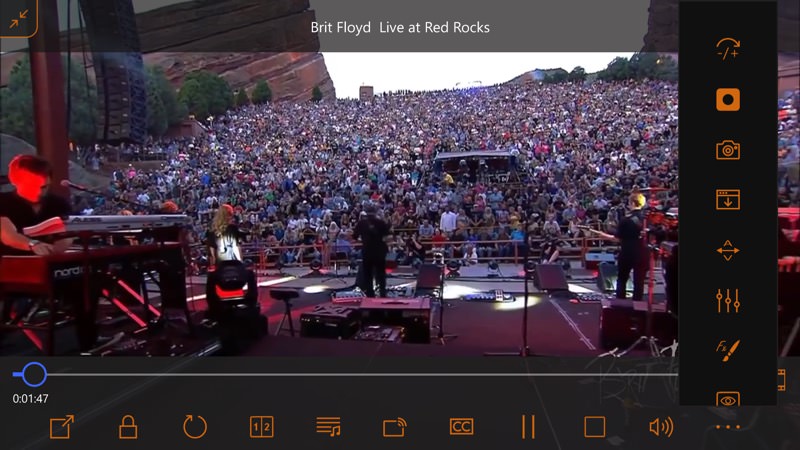 Tapping on a full-screen video reveals a wealth of extra functions and options, from split-screen (in theory, watching two different videos at the same time, which I didn't try, as it seemed faintly dilly!) to Chromecast streaming (see below) to captions to audio EQ. Far too much to list and go into here, but I'd encourage you to experiment. 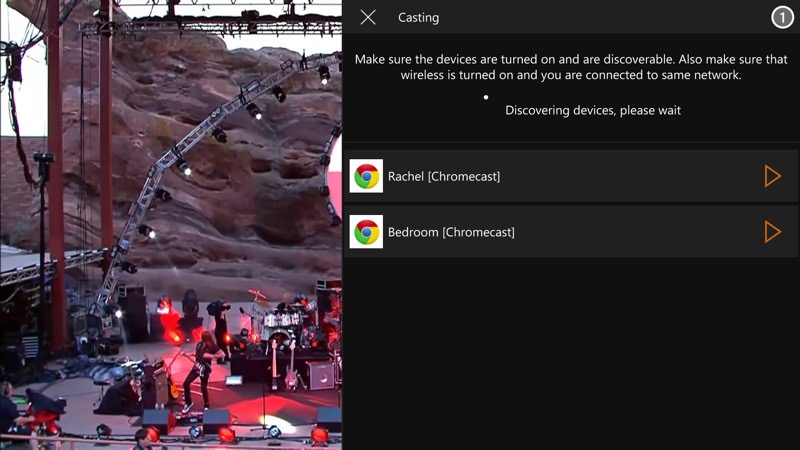 And yes, Chromecast support, which works brilliantly. Considering that Chromecast was invented for online content from major providers, the use of the accessory from smartphones with local content is surprisingly useful. 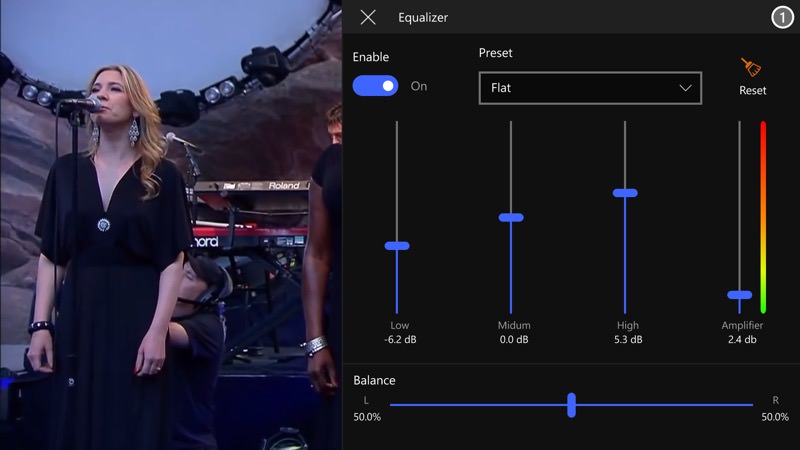 What doesn't work as well is the audio EQ modules in Duplex Media Player - although everything works, there's a six or seven second lag between making a change to EQ and amplification, presumably while the next 'block' of audio is sent to the system audio player. And, when you're fine tuning audio, having to wait seven seconds to hear the difference is excruciating! 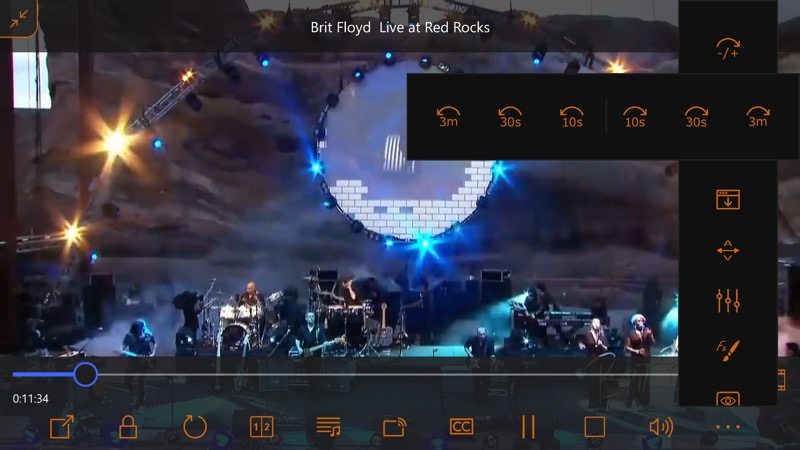 In addition to the other video functions, there are handy 'skip'/nudge controls. So if dragging the timeline play head is too fiddly on a long video, then you can jog the video along as required here. 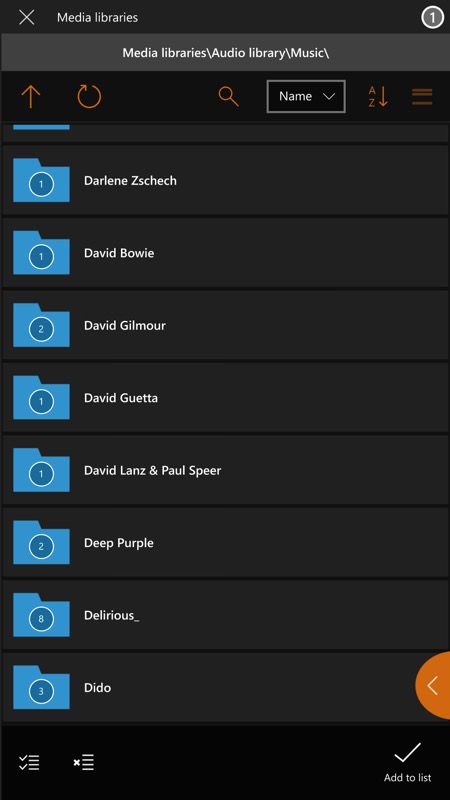 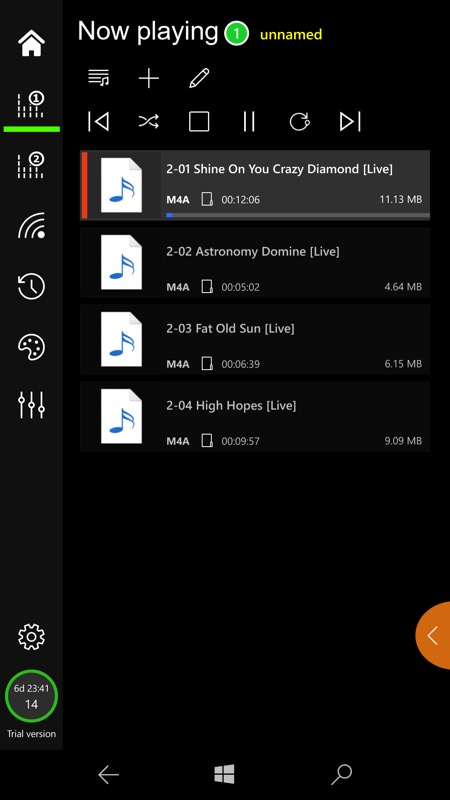 Browsing my local music - nothing fancy, not even album art, but very fast interface with none of the lag of alternatives (e.g. VLC) as a result. Just tag your albums and tracks, add to a playlist and sit back and enjoy! 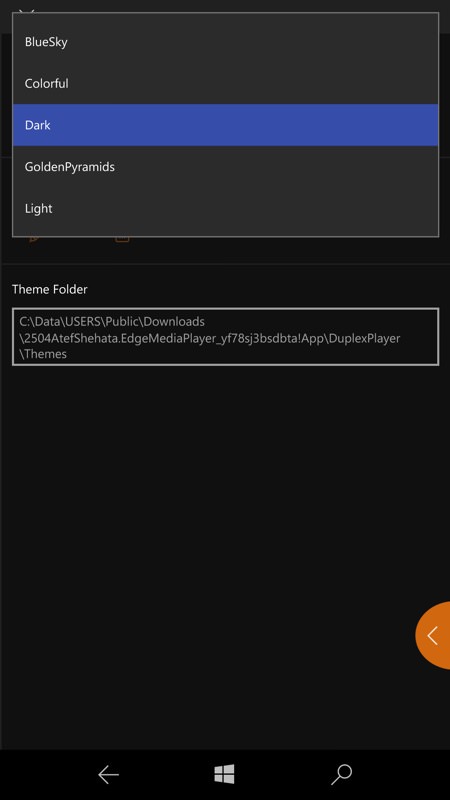 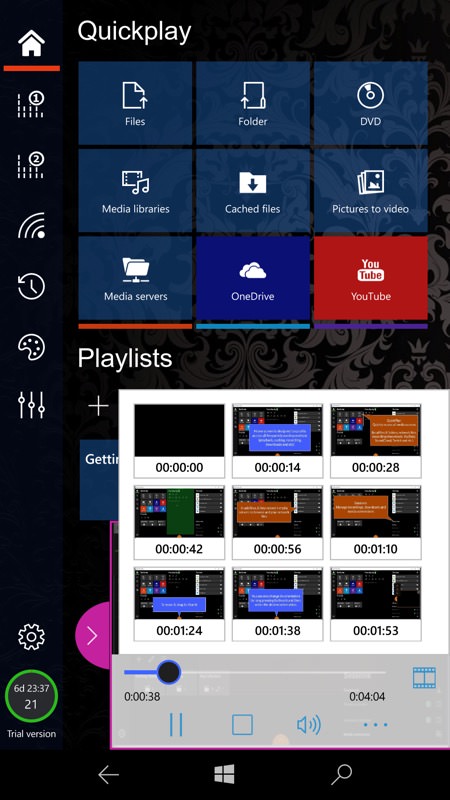 Five visual themes are supplied with Duplex Media Player, and I've gone through most of them in the course of these screenshots; (right) One nice touch for videos is a thumbnailing facility, whereby you can bring up auto-generated 'scenes' from your video, to aid navigation to the right spot. 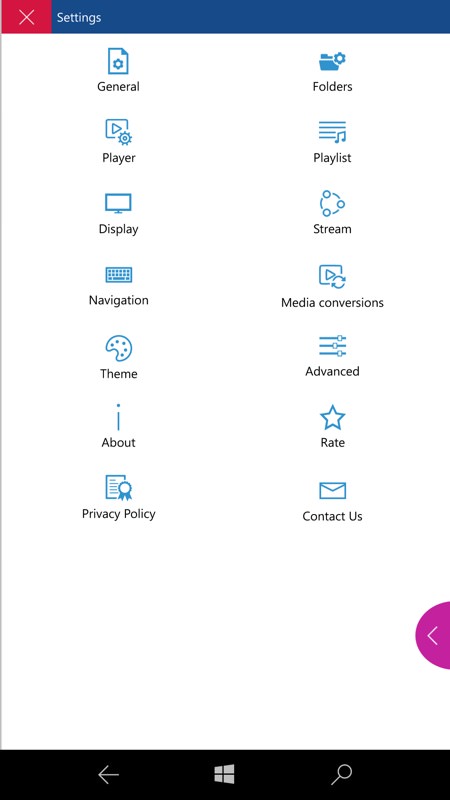 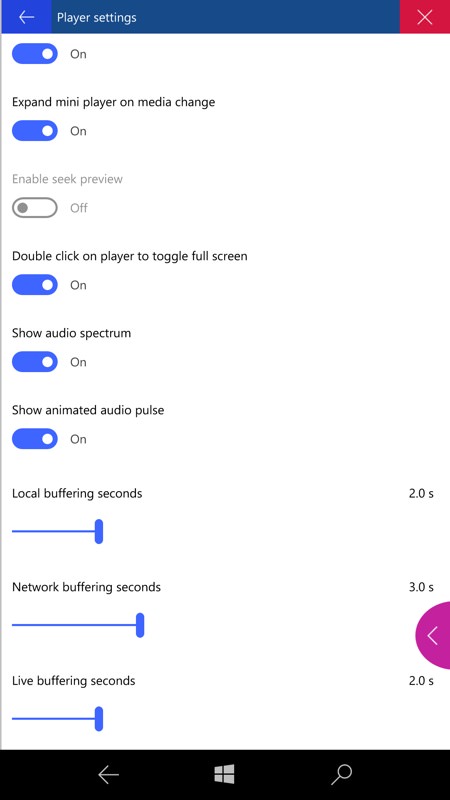 Now with one of the white themes loaded, here's the very 'Windows 10 Desktop' Settings menu and one of the detailed sets of toggles and sliders. There's a lot to fiddle with and a lot to make sure things go smoothly. 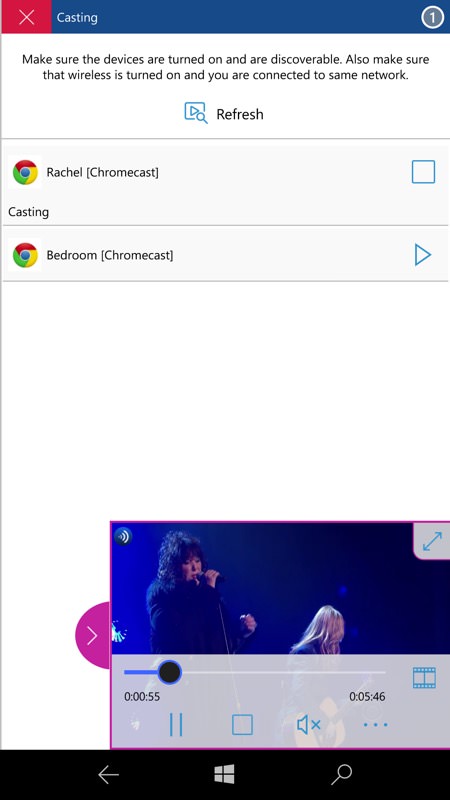 And this is why this review was published at midday rather than 11am - I got lost in Chromecasting an hour of my favourite music videos to my 50" telly.... Ahem.

Overall, I was really impressed by Duplex Media Player +, it worked flawlessly (other than the EQ fiddling delays) on my test Alcatel IDOL 4 Pro and should also be fine on other decently specced devices (think Lumia 950). Honestly, for my needs, 'Groove Music' and 'Films & TV' are probably sufficient, but sometimes it's good to go 'premium', especially when niceties like extra EQ or Chromecasting are required.

PS. If you're determined not to buy Duplex Media Player (on sale for 12 hours from the timestamp of this review) then see the free (non-'+', ad-supported and with some features disabled) version here. And see also the free VLC UWP, which does much the same thing as Duplex Media Player, but with a slightly less responsive interface and without quite so many features.