Now here's an interesting accessory that, at first glance, isn't needed at all. At least by most smartphones owned by AAWP readers. Audio comes out of your phone via a 3.5mm jack, right? Powered by an internal DAC and amplifier, and all should be well - it certainly is with the IDOL 4 Pro, with a pro-rated DAC. But what if, for example, you have a Lumia with average output and you want to take your music to the next level? Or, perhaps more topically, what if you want to move to a new Android-powered smartphone that doesn't have (boo!) a 3.5mm jack at all? Enter this well thought of and intriguingly customisable USB Type C accessory, which takes digital output from your phone and provides a high resolution audio power amplifier. 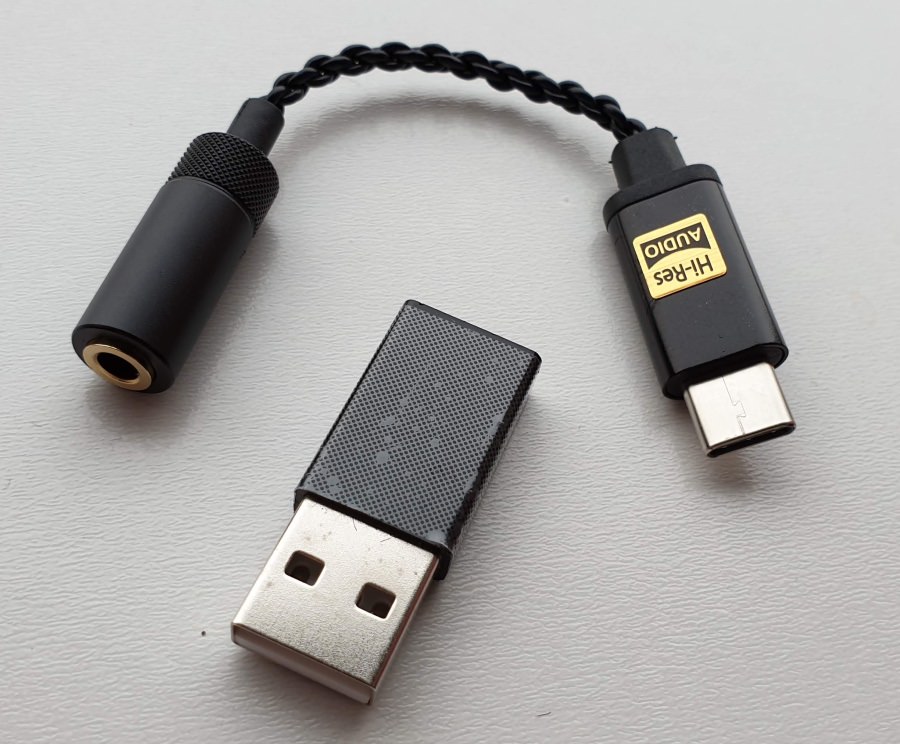 Here's the listing for the HIDIZS Sonata II Portable Headphone Amplifier on Amazon:

The main things to take away here are the power, capable of driving very decent wired headphones with 'room to spare', and the support for 192kHz, meaning that if your source material is high enough quality then this can render said quality out to serious headphones.

Of course, we're not talking about 128kbps MP3 pop tracks, such as you'd find on most peoples' systems. The best I usually have here are 44kHz (because everything I have came from CD originally) and 320kbps data bandwidth. Now, obviously, you can go higher by downloading tracks from specialist sources online - to 96kHz sampling and using lossless codecs, but I'm going to stick to more mainstream music - my collection is pretty typical. 90% ripped from CDs, 10% downloaded from DRM-free sources (mainly Amazon), at everything from 128kbps AAC to the aforementioned 320bps MP3.  Note that my music collection, replicated typically on microSD on each phone I use, essentially predates the current trend for 'streaming'. Although I have enough data to stream everything these days, coverage in parts of the UK and while travelling isn't always 100%. Heck in Somerset (where most of my family live) I'm often lucky to be able to make a phone call, let alone stream decent quality music!

I did test a full FLAC 'lossless' 96kHz set of music as well, purely in the interests of science. It was a remaster of Pink Floyd's 'Wish You Were Here' album and it ran to about 3GB - the storage needs alone are why most people are best advised to stick to MP3/M4A/AAC and similar compressed formats. 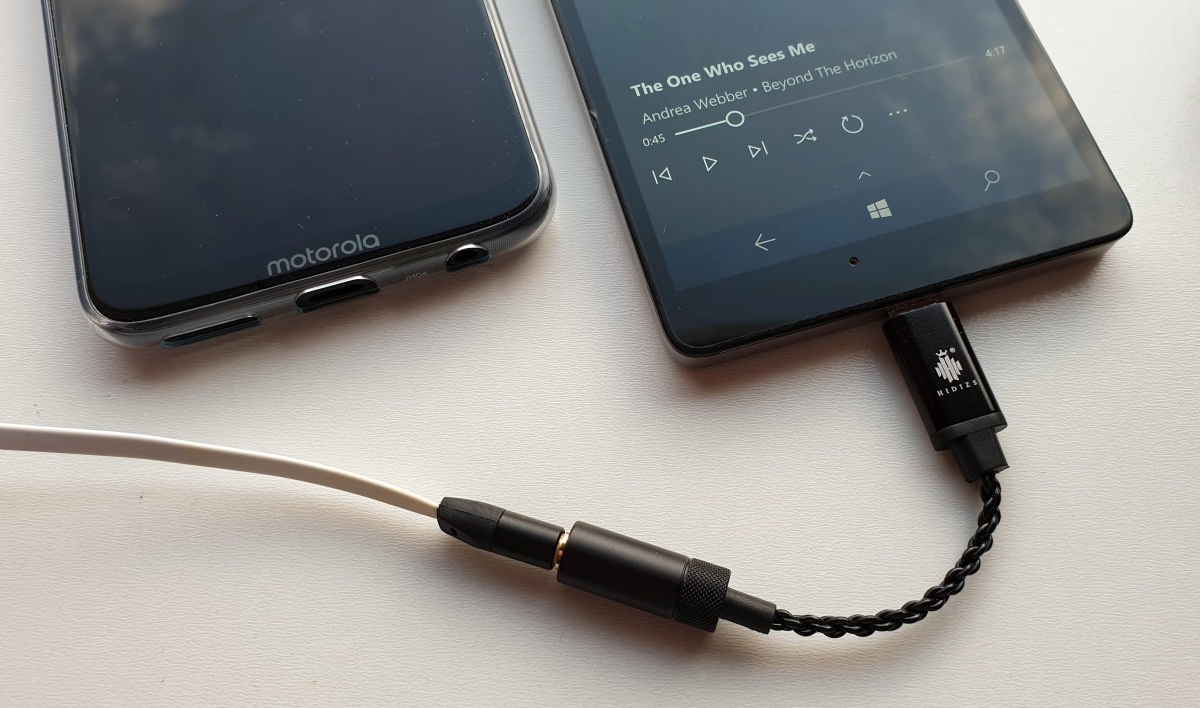 There is a point to all this though. I've commented numerous times how good the DAC is in the Alcatel IDOL 4 Pro (IDOL 4S in the USA) and, if this is the phone concerned then there's no need for the Sonata HD II here - you've already got masses of overhead and dynamics. The Lumias in general, and the test 950 XL in particular, aren't terrible at music rendering - I did a feature on headphone music output recently and the Lumias did well, but they weren't top of the audio tree by a couple of notches. So using something like the Sonata HD II is a way of leap frogging even the IDOL 4 Pro.

Plus, if you're thinking of jumping ship to an Android smartphone (iOS using a different/proprietary connector system, so let's ignore that for now) then quite a few of these come without 3.5mm sockets these days, it being assumed that you'll use Bluetooth audio. Which you very well may, but you'd also like to listen to music 'wired' (for latency or quality reasons) and then you have to use an external DAC like this one. (There's also a special case for Huawei and a couple of others, who also push out analogue audio through pins in the Type C connector, but that too confuses the situation, so let's only talk about digital audio out for the purposes of this review.) I did testing here, on the Android side, with the Google Pixel 3 XL, Samsung Galaxy S9+, and Motorola G7 Plus.

The Sonata HD II comes in black metal, both at jack and 3.5mm socket ends, is suitably cold to the touch and looks like it will survive. Of course, the weak point in such hardware is usually the cable and where it joins equipment, so some care will be needed to avoid too much stress or strain. The HIDIZS logo is embossed, but the 'Hi-Res Audio' legend is just a sticker and can be removed.

The HIDIZS accessory shows up under 'Bluetooth & other devices' under Windows 10 (and Windows 10 Mobile), which is helpful, though you can't actually do anything from here. When playing, Windows 10 Mobile shows up volume under 'External screen', so we're dealing with USB standards here, not audio ones.

It's 'set and forget', with one exception: you get the choice of running the Sonata HD II in different modes, though switching between them relies on you downloading a small utility for each mode from the HIDIZS web site and 'flashing' the new mode software on, replacing the previous mode. In other words, it's a pain, so pick a mode and stick with it. There's 'Sound priority', 'Call priority', both referring to how many resources are used internally in the amplifier for music and telephony, though 'Pure music' is the appealing one and the mode tested here. (If you get stuck flashing this on, try VID: 22E1 and PID: E202', since those values worked for me.)

And results can be dramatic, though with caveats. On both my Lumia 950 XL and Galaxy S9, both with 3.5mm headphone jacks, I needed to turn the volume up on each of my test headphones to '100%' in order to really hear everything in my test music. Plugging in the Sonata HD II, I got exactly the same punch, bass and clarity at 80% or even lower, so there's a clear power boost by up to 25% when compared to these standard phone internal DACs. And, as a result, there's headroom to go louder, perhaps for a quieter music passage. As Nigel in Spinal Tap said, these 'go to 11'. Or 12.

So that's reason number one to get this accessory - your music is louder and can be heard in a wider range of higher quality headphones than when using the 3.5mm jack and the internal DACs. The second reason is if you're moving to a jackless Android phone. In which case the chances are that the best you'll have heard so far is the Type C DAC/dongle provided in the box (e.g. with the Pixel 3 XL). I did back to back comparison of the Google dongle against the Sonata HD II and there was - again - a large volume boost. In fact, switching from the former to the latter nearly deafened me, since I'd left the volume set at 100% to hear everything with the Google adapter and then forgot to turn it down for the Sonata HD II. Oops! 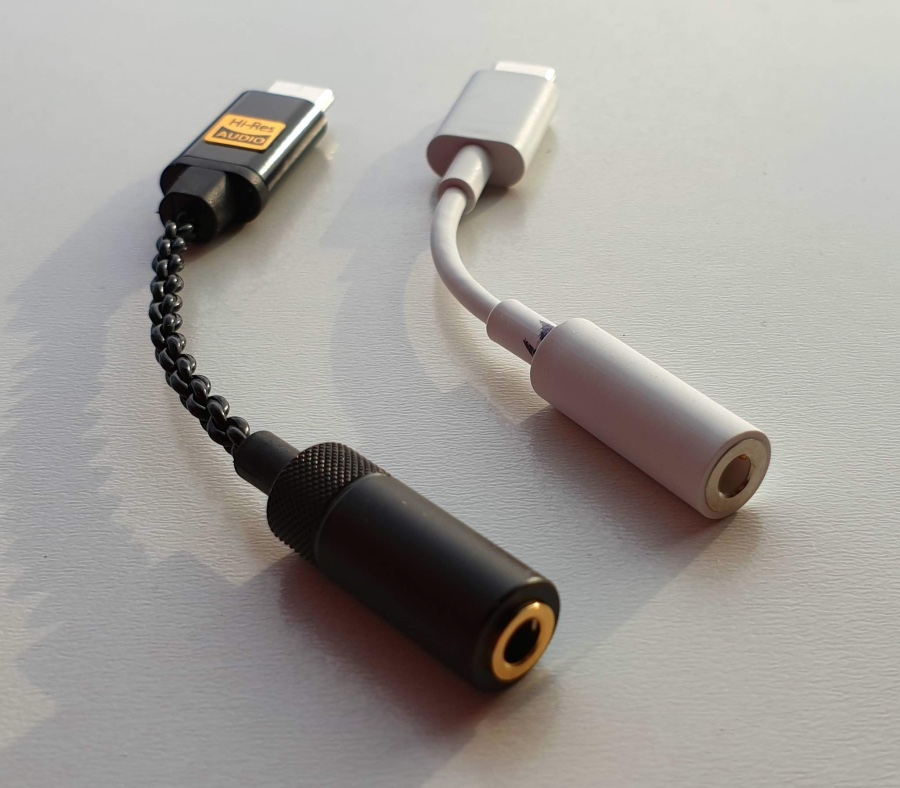 This is all with my 44kHz music so far, and whatever source I tried, I honestly couldn't tell the difference in fidelity, other than the big power/volume boost. Which is perhaps as expected - rendering a digital file should result in it sounding roughly the same, with that volume being the main variable.

My final test is where a caveat of sorts comes in. I was using the aforementioned Floyd at 96kHz in .flac lossless format. This is as high as it goes for commercial music. Sound theory says that the rendered audio can then contain frequencies up to half the sampling frequency, i.e. 48kHz. And I'm sure these frequencies are there - I just can't hear them with mid-50s ears. I appreciate that 20 year old ears (or dogs!) might have a chance, but if I'm honest then for most people there's very little benefit in paying more and allocating 20 or 30 times as much space per track just to get frequencies which can't be heard.

The Sonata HD II handles such high sample rate digital files perfectly, I'm sure - I just can't vouch for the accuracy! As with most aspects of hi-fi audio in all walks of life, you quickly hit the law of diminshing returns in terms of how much better your music sounds compared to the exponentially high cost of improving it. 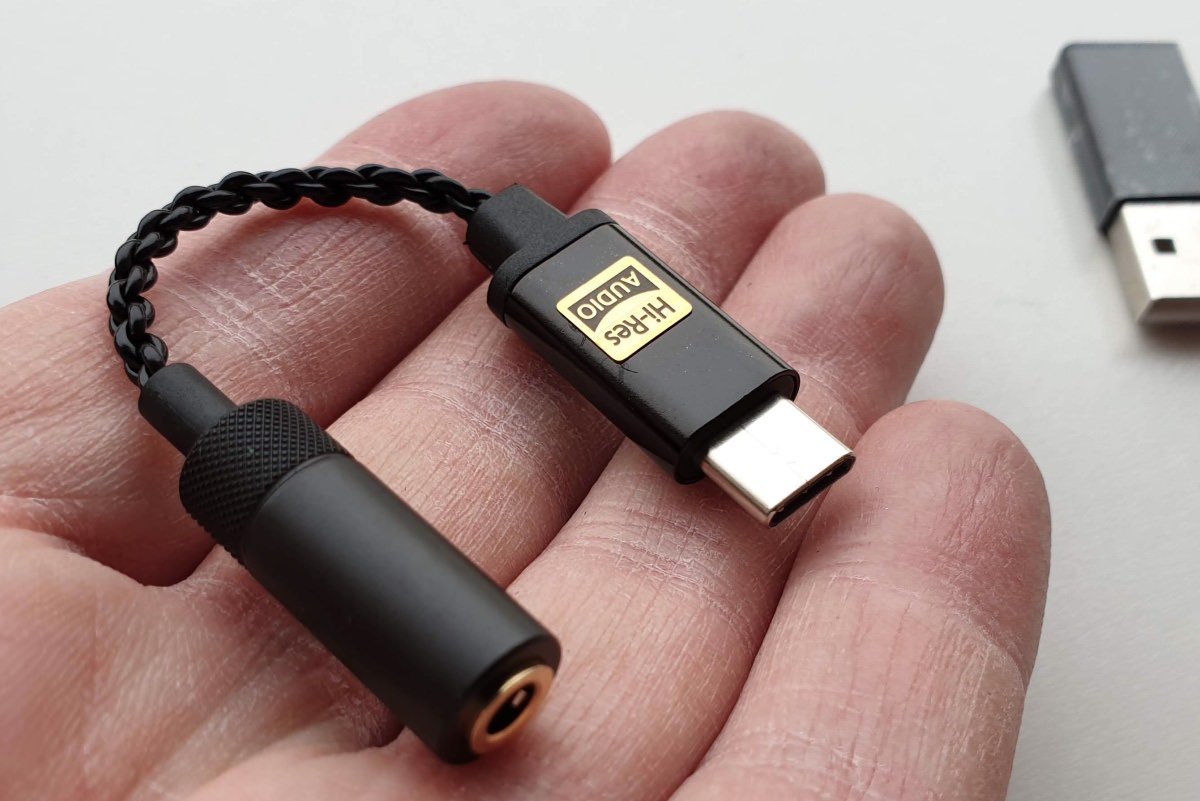 But whether you want your Lumias to have (much) more audio 'punch' or whether you're moving to a jackless phone and want the absolute best in DAC dongles, I can recommend this accessory - I bought it with my own hard earned money and it's staying as my primary listening route on any phone that's not capable enough on its own (in my case, Lumia 950/XL, Pixel 3 XL, Moto G7 Plus, but you'll have your own phones whose audio 'needs a boost').

At £30 on Amazon UK (and similar dollar amounts from other suppliers across the world), this isn't super-cheap. But it's a lot less (and a lot smaller) than other 'headphone amplifiers' and gets my recommendation if you're after the maximum in audio output from your smartphone and don't already own a device with stellar internal DAC and 3.5mm output.