An illustrated walkthrough will give the best idea of Real Pool 3D in action: 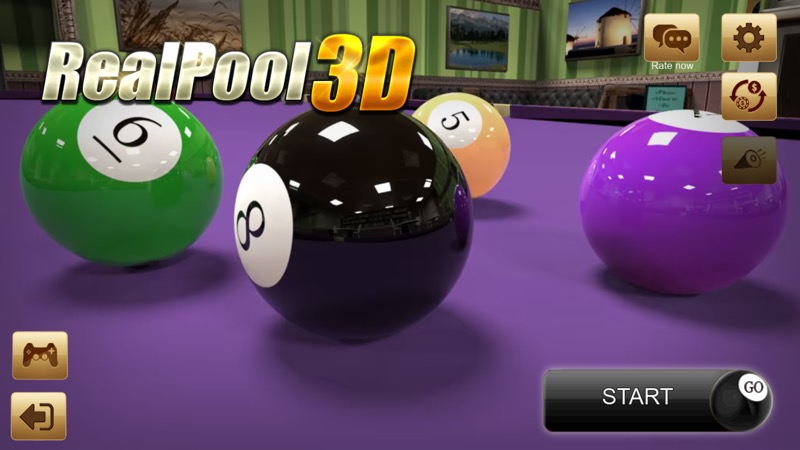 This runs well on phones, as well as every UWP-compatible device. Think maximum compatibility - or rather maximum opportunity for the developers to screw users for money (as you'll see!) 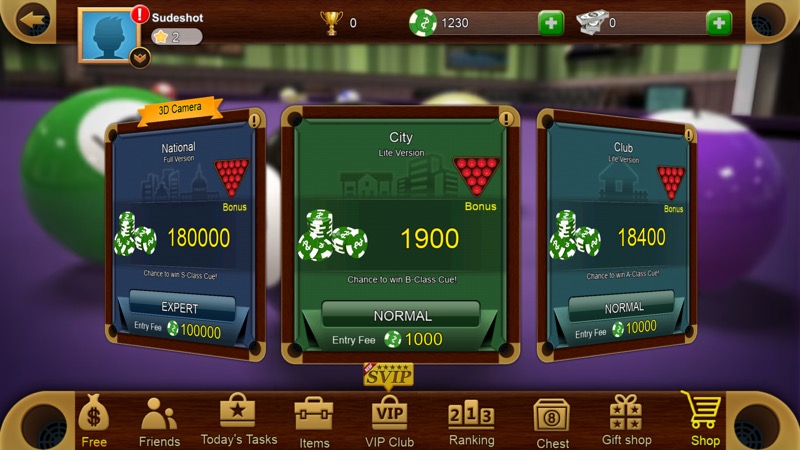 Entry fees for matches are normal, but you can usually stay on top of things by winning your online matches or watching ads. And yes, if you're wondering, in-app-purchases go up to a stonking $100 if you want to buy in-game cash with real money! 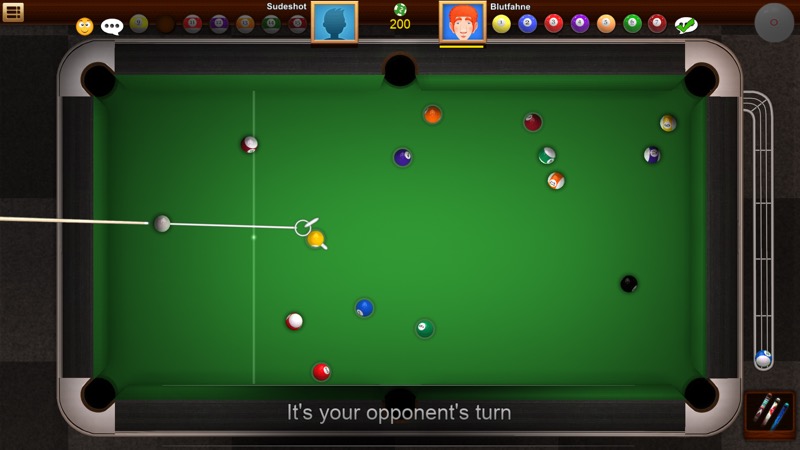 An online multi-player game in progress. The top down interface works pretty well, it's nice and clear. But there are a ton of top-down pool games, even in the stricken Windows phone stores, so what's needed is a proper 3D view - as promised by the game's title! 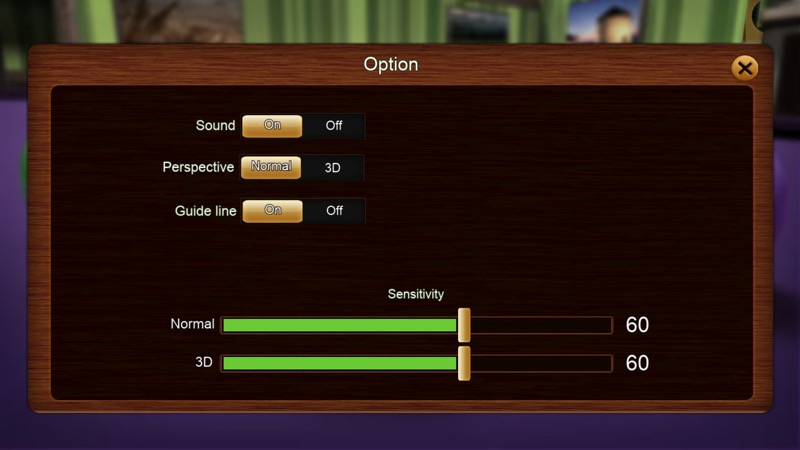 Enter a delve into Settings, where the 3D is, oddly, disabled by default. Toggle this on and... 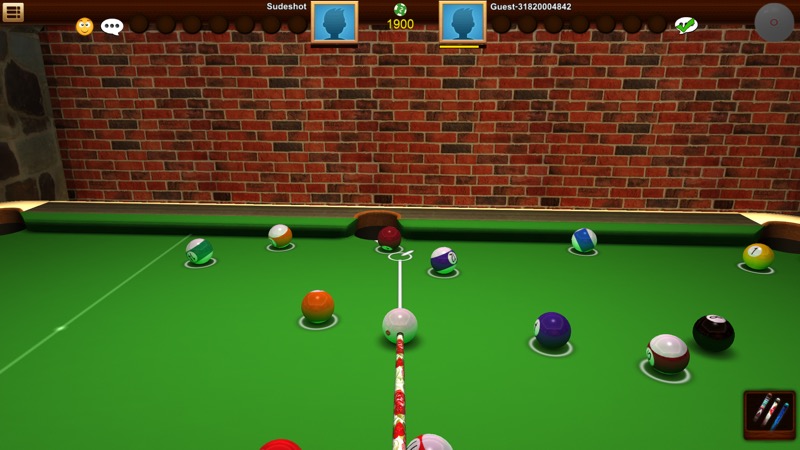 ...the game carries on in full 3D. Swipe sideways to aim, swipe up to get a better perspective, and son on. The guide lines are minimal but they're enough to help without making the aiming too easy. A nice balance. 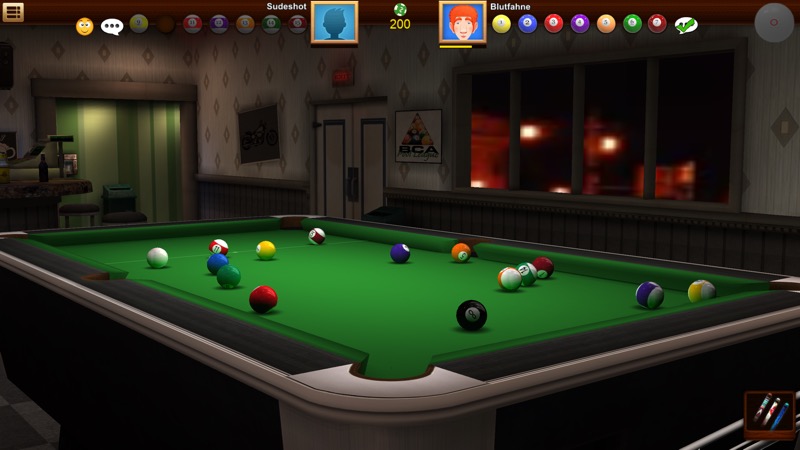 Ball animation isn't super smooth, but it's good enough - I was testing Real Pool 3D on a Lumia 950. I did love all the different pool (and snooker) 'rooms', each with their own graphics and atmosphere. 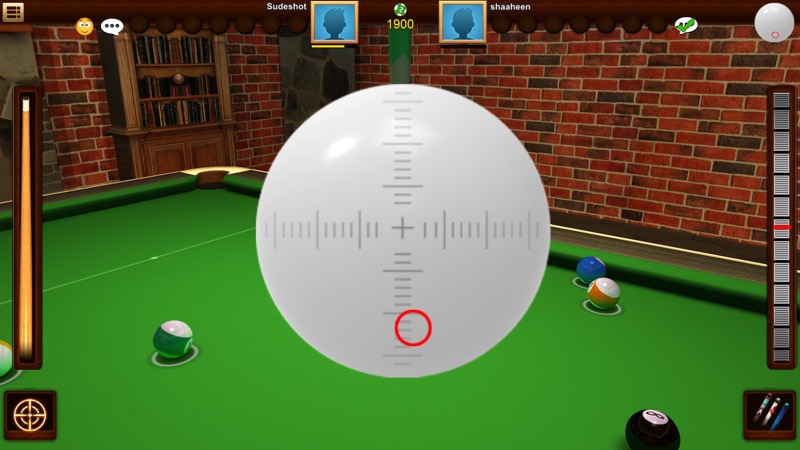 There are subtleties - like being able to add spin on the cue ball, as here, though the effects are a bit crude in the physics represented here. You can also add swerve through a power up system. 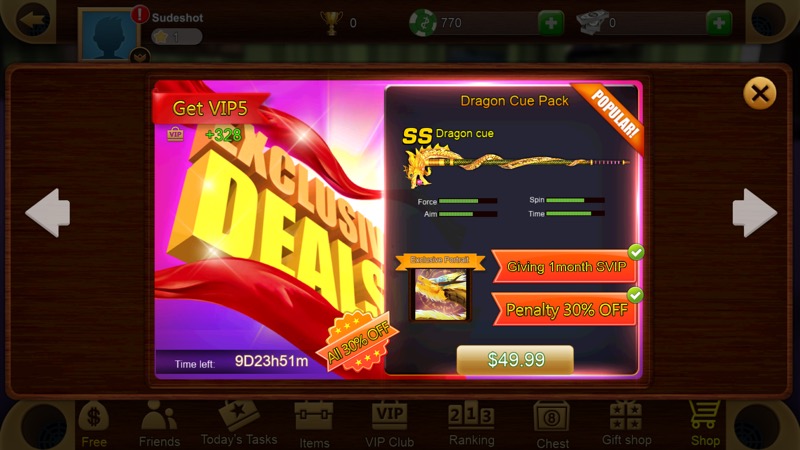 So all well and good so far, but as you move from frame to frame the upselling starts, with the $50 package here (and that's with the '30%' discount!!) apparently 'popular'. There's just mountains of 'stuff' added on the core game and it's all too much... 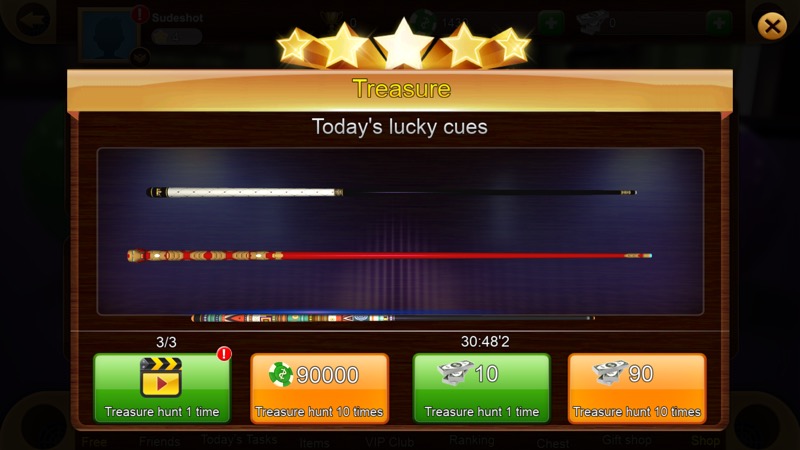 ...for example, 'lucky cues'. And that's just the tip of the freemium upselling iceberg.

The problem with all this is, ultimately, that Real Pool 3D isn't the best Pool/Snooker game on the platform - that honour goes, in my opinion, to International Snooker Pro, which has finer controls, better graphics, and more realistic physics. Plus it predates the 'freemium' era, so it's not festooned with money making activities for the developers.

Real Pool 3D could almost have been any game at its core. 80% of the interface is devoted to crass money making and interruptions - I'm guessing it could be retrofitted to Real Darts or Real Curling or similar! The remaining 20% is interesting, with the 3D pool and snooker games definitely playable, though the waits while slower opponents on the other side of the world line up and take their shots and breaks gets a bit wearisome after a while. And, no doubt, is tiresome for them waiting while you line up your own shots!!

If you're determined to work through the freemium system in Real Pool 3D then you can have some slow-paced fun against other humans around the world, but I have to ask you - and myself - is it all worth it? Probably not.