One of several mapping UWP apps for Windows 10 that I've been trying out on my Lumias, PocketMap is just that - a selection of bitmapped, vector and photo maps presented in a fast(ish) and logical interface. Built with a little bit of a Norway focus, it's nonetheless rather cool to play with anywhere else in the world, as you'll see below. If nothing else, it's an easy OpenStreetMap viewer!

...As long as you have a data connection. Unlike Outdoor Tracker UWP, there's no caching of map data, so if you lose signal in the wilds then you're back to whatever Windows 10 map data is on your phone and strictly roads only. Which is a shame. I'm guessing, too, that's it's now too late in the day/game for the developer to work on a major update, so what we see here is what we get.

PocketMap being very graphics-heavy, let's go with a screenshot walkthrough: 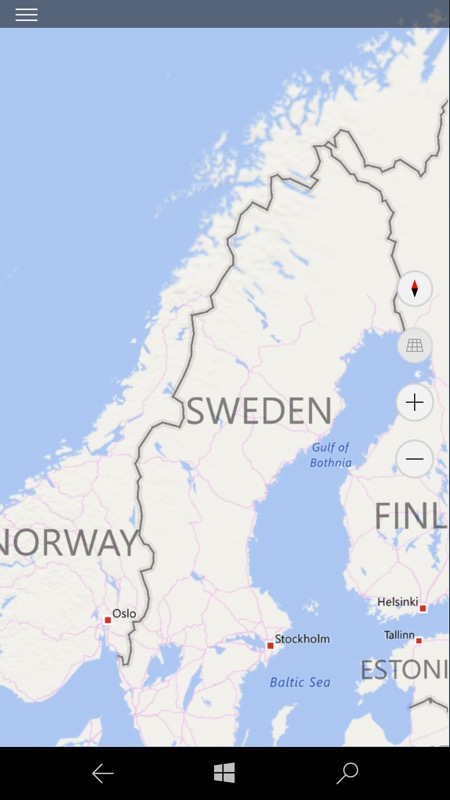 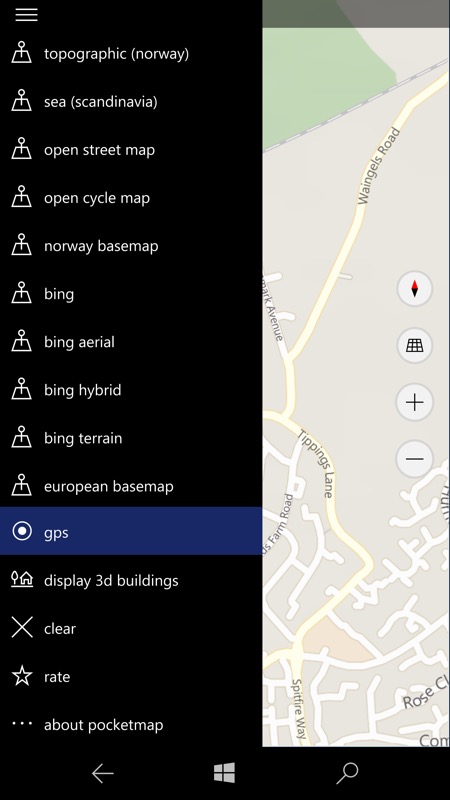 When you start it up, you see Norway - presumably the developer's home country. And there are extra Norway basemaps, sea, etc. But don't worry, there's plenty of mapping wherever you live. Starting, by default, with the standard Bing/Windows maps, probably already already offline and in your phone? Activating 'GPS' on the menu gets you started where you live. 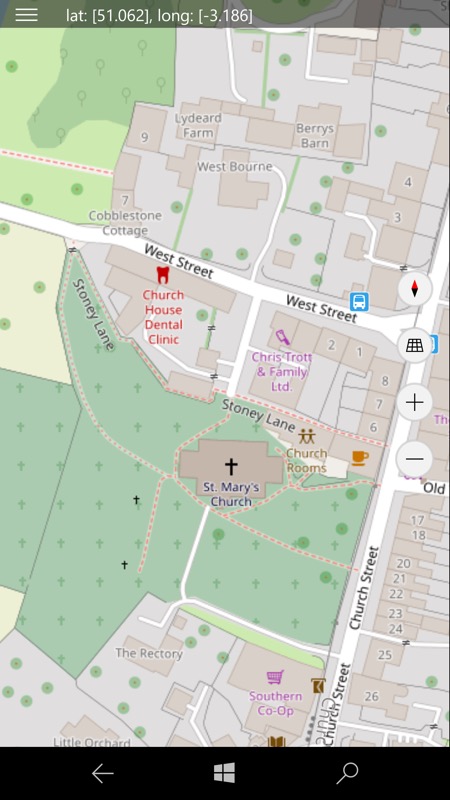 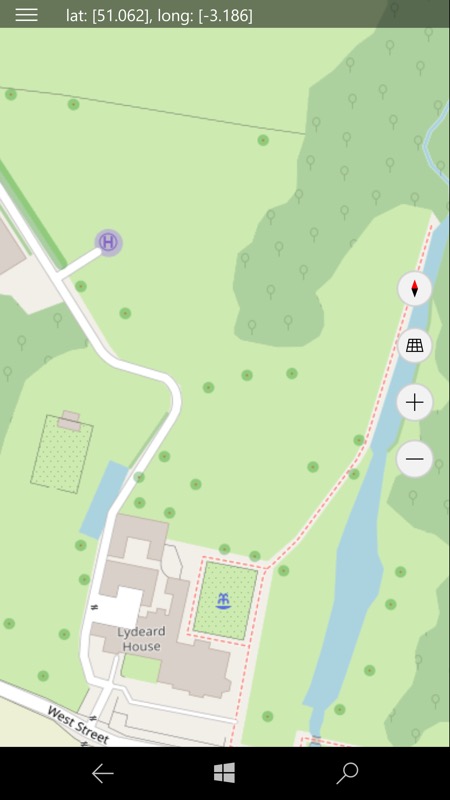 And then back to the menu to explore the worldwide OpenStreetMap, which shows greenery, water, foot and cycle paths, as here... Just browse around, pinch in and out, and choose between top down and '3D' modes... 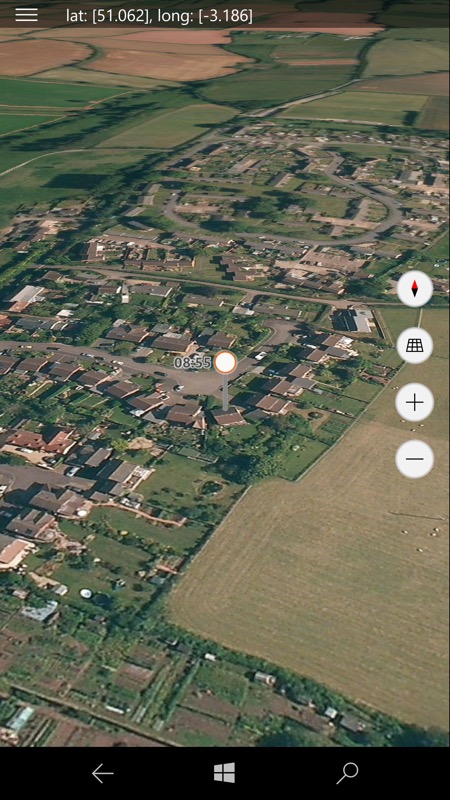 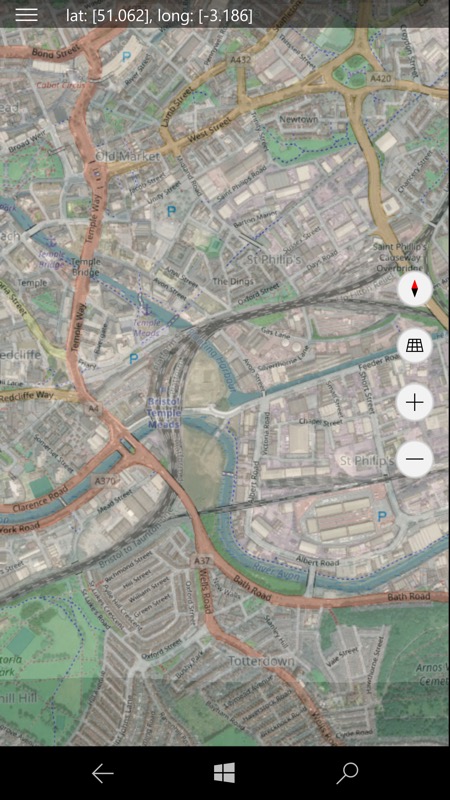 I couldn't resist switching to the Bing Aerial Map and, in 3D mode, sweeping around the UK... (right) browsing Bristol in OSM, zooming out for pseudo-photo effect. 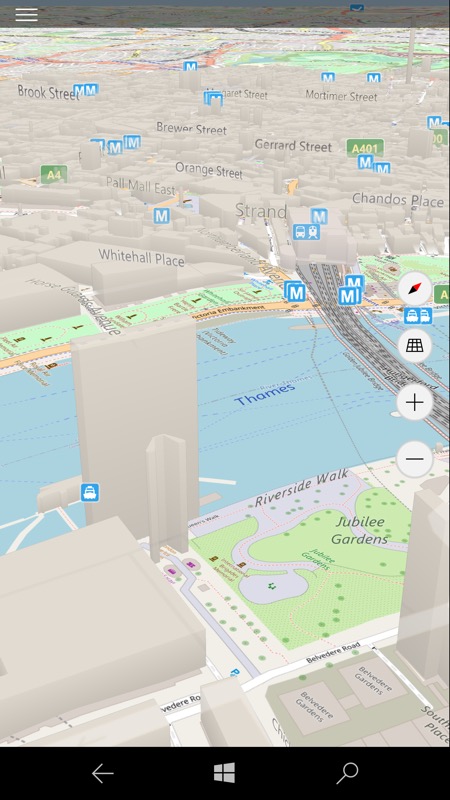 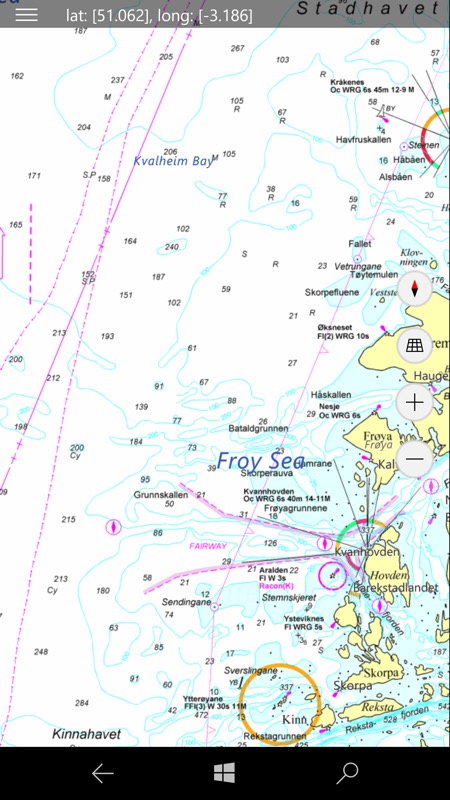 This is viewing Bing Maps in 3D mode and - is it me, or have the models got cruder in later map updates? I did check in Windows 10 Maps and got the same result. The London Eye certainly isn't a rectangle in real life! I'm pretty sure that the models used to have a lot more detail; (right) exploring some of the extra Scandinavian maps, here looking at sea detail. 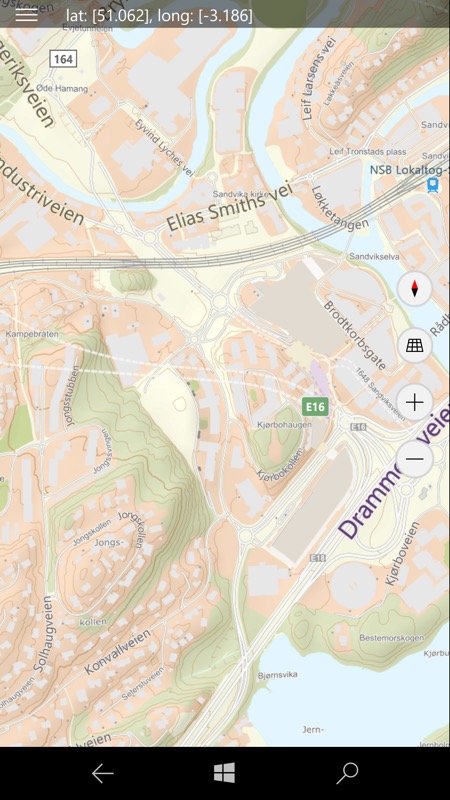 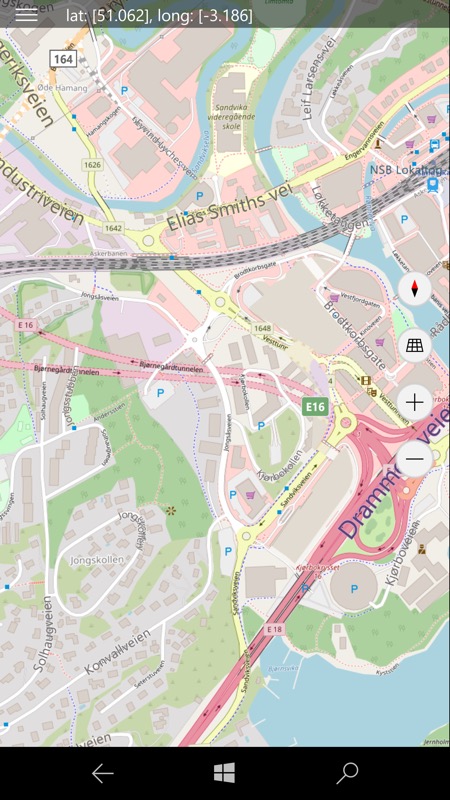 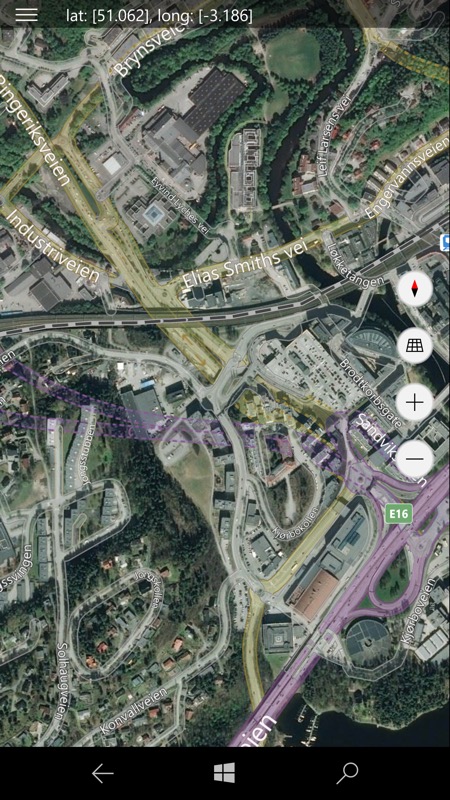 The same spot in Norway, showing the topographic, then OSM, then Bing aerial views... 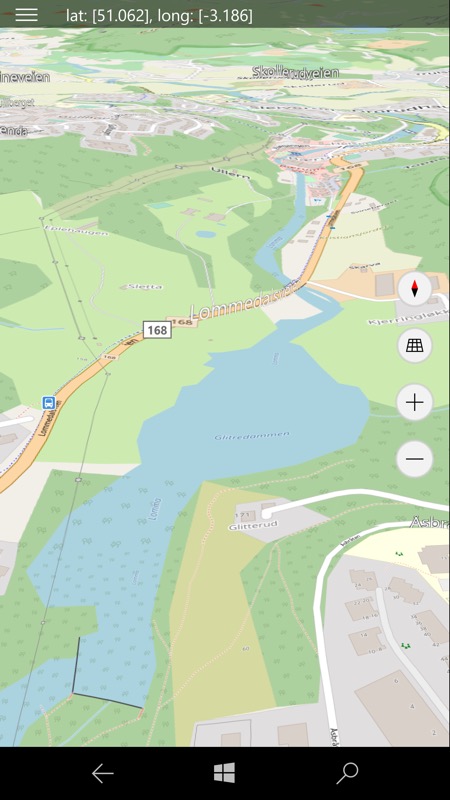 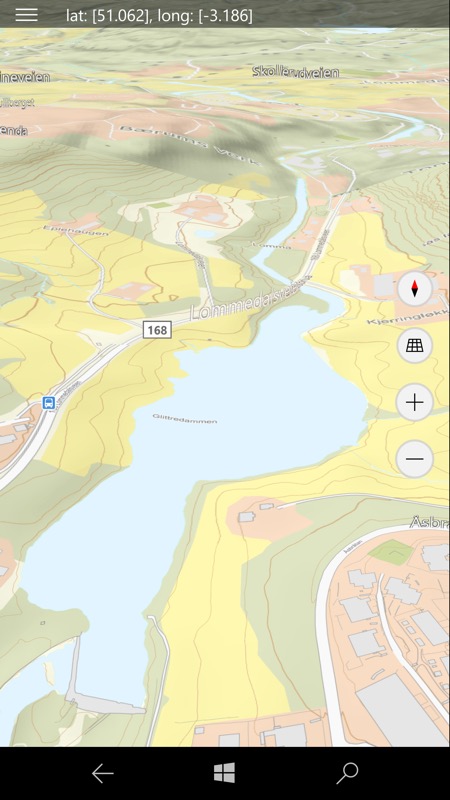 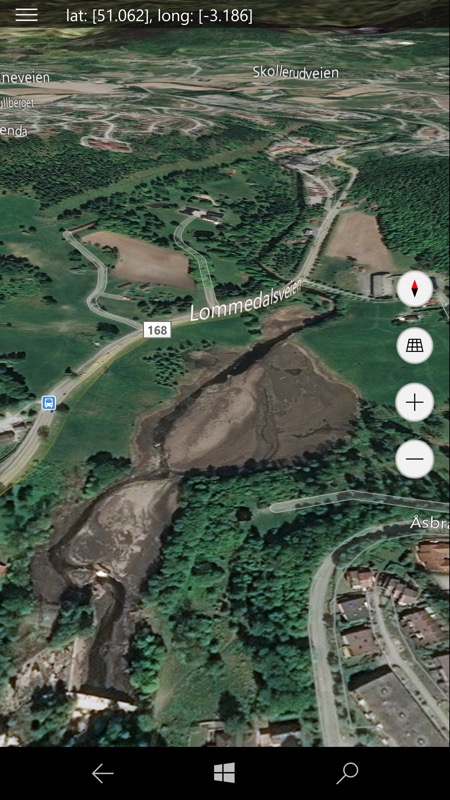 The same idea for another spot, but this time in '3D' mode, showing different map views of the same spot and vantage point. The aerial views are 'flattened', of course, but it's all still a lot of fun!

Arguably a little half-baked still, I nonetheless had a lot of fun playing with PocketMap UWP. Admittedly I'm an armchair map geek, so it's right up my street, but most others will find uses in planning trips, working out where the foot and cycle paths are in an area, and so on. It's just shame that it's all so connection dependent - if you were to rely on this in the wild, out on a hill somewhere, then I'd suggest taking some screenshots as you plan - the images may be all you have access to when lost halfway up a mountain!

PS. See also the recently covered Outdoor Tracker UWP, which has a slightly different slant and fewer maps, but which does allow the caching of map tiles for offline use.