Windows 10 Mobile, for those of us using the Insiders Build, has had broken Rich Capture for quite a while. I say 'broken', but it did work sometimes. And then didn't the rest of the time, usually when you needed it most. To recap, Rich Capture is 'HDR' plus 'Dynamic Flash', the idea being that different exposures (or, in the latter case, one with flash and one without) can be combined 'after the fact' in different ways. That this has been broken for a month has been a major thorn in the side of anyone using the Insiders builds of Windows 10 Mobile and now it's finally fixed.

Also promised for the new devices (Lumia 950 and 950 XL) is a variant on Rich Capture in which multiple exposures can also be intelligently combined - it's not entirely clear how this will work yet, it certainly doesn't on existing hardware. But at least the standard HDR system now works - I use this (or try to use this) a lot.

Interestingly, Microsoft has transitioned the naming for Rich Capture's after-the-fact editing to 'Choose the best lighting' - which I guess makes more sense to anyone not in the know as to what's about to happen. And the wording works for both Rich Capture and 'dynamic flash' modes. See here, by the way, if you want to know what's going on behind the scenes with Rich Capture and how it all works. And then read this, which explains how the previous workflow has been simplified in terms of which application does what.

Ths restoration of this functionality, now working, and just in time for the new devices(!), marks the point at which Windows 10 Camera has now fully taken over from Lumia Camera on the platform. So what started as just Camera, then Nokia Pro Camera, then Lumia Camera and with various betas along the way, can all be put to rest with a nice simple 'Camera' for devices and updates going forwards (the only exception, on Windows 10 Mobile, being the 1020, for which the old Lumia Camera will still be needed, as it's the only app written to cope with the unique resolutions and hardware).

Windows 10 Mobile Camera now works all round, has the 4K video capture where applicable, the slow motion features where applicable, and so on. Image processing, oversampling (where applicable), etc. are all there too, with the sole loss in all of this being the 'reframe later' facility for the 930 and 1520, which was rarely understood by users and - being based on 5MP output - was looking rather outdated anyway.

In fact, the Store entry for Lumia Camera (on older and compatible devices) explicitly now states:

This app is for Windows Phone 8.1. For Windows 10 devices, the built-in Camera app works best.

The new Windows 10 Camera, v2015.1088.11.0 (anyone know the v5.x version equivalent?) will be available as an update immediately to new 950 and 950 XL users, of course. It's not known whether any of the extra 950-specific functions will be activated or available immediately.

When using Rich Capture on any compatible device, there's one big speed caveat that still has to be borne in mind - on the Snapdragon 800-powered devices (Lumia 930, Icon and 1520), the  post-processing that goes on behind the scenes can take a second or two, so if you review the photo just taken immediately, you may see 'Adding finishing touches' shown. Or, in Photos, you may not see the big Rich Capture edit button/prompt immediately. On the slower phones, this background processing (all made possible because of the multi-core nature of the ARM chipsets and Windows Phone/Windows 10 Mobile itself) can take appreciably longer, for example around ten seconds per photo on the Lumia 830 with a Snapdragon 400 series chipset. 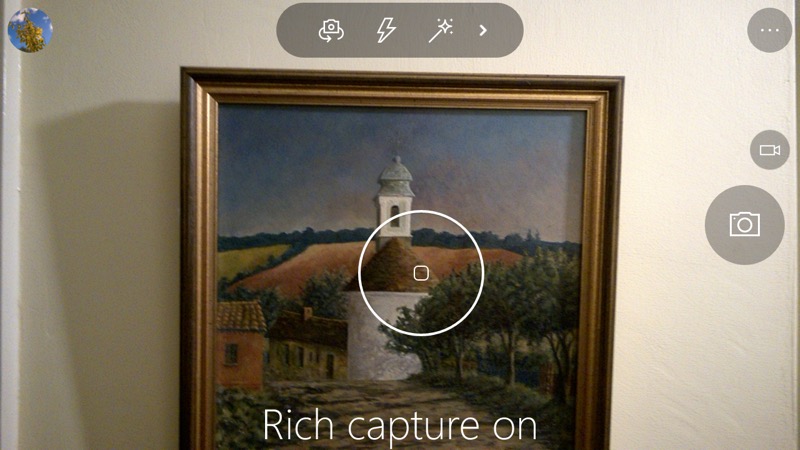 Tapping the 'magic wand' icon in the top toolbar DOESN'T change it, interestingly. At least not initially. The first tap activates 'Rich Capture', with the on-screen confirmation shown above, and then a second tap disables it, with the icon changing thenceforth. This may be a UI decision and not a bug. It kind of makes sense, especially for non-expert users. Or it might just be a bug - I've asked my sources for clarification! 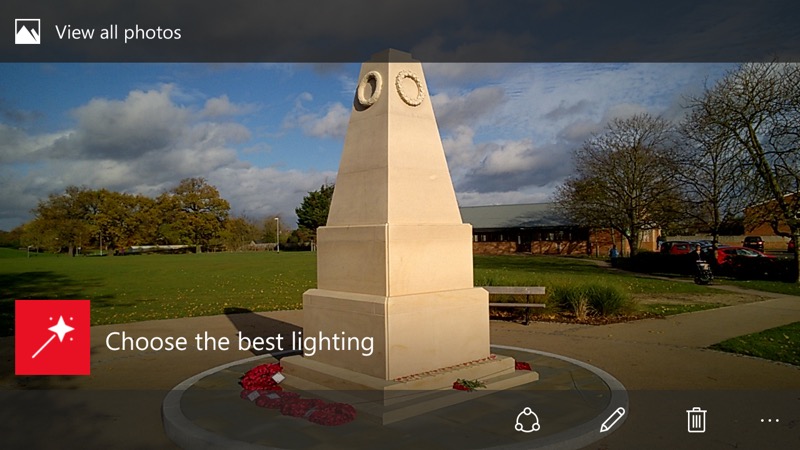 After shooting a photo (and after a few seconds of processing) the review process then shows 'Choose the best lighting' correctly (this wasn't working reliably for the last month!) and we're then into familiar customisation territory. 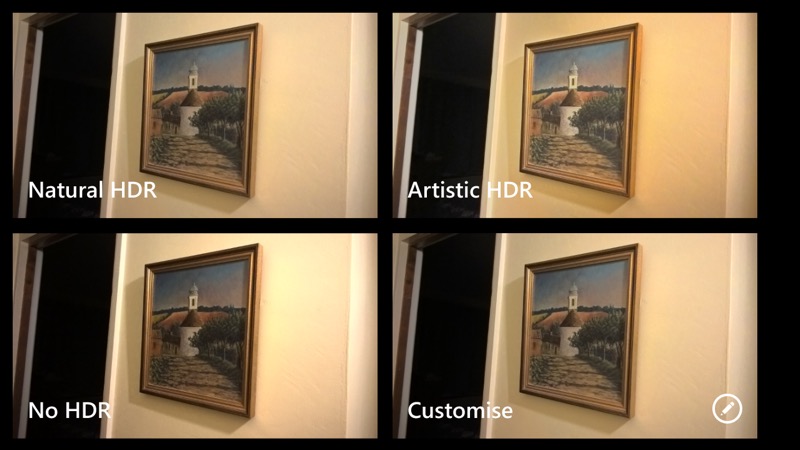 Windows 10 Mobile is the only smartphone OS that allows this sort of after-the-fact adjustment of HDR as far as I know. It's something of a killer feature for shutterbugs, with the sole caveat that it will probably never come to the Lumia 1020 because of the size/speed of the image taking process.

By way of proof, here are a couple of Rich Capture photos taken today on my (fairly humble) Lumia 830: 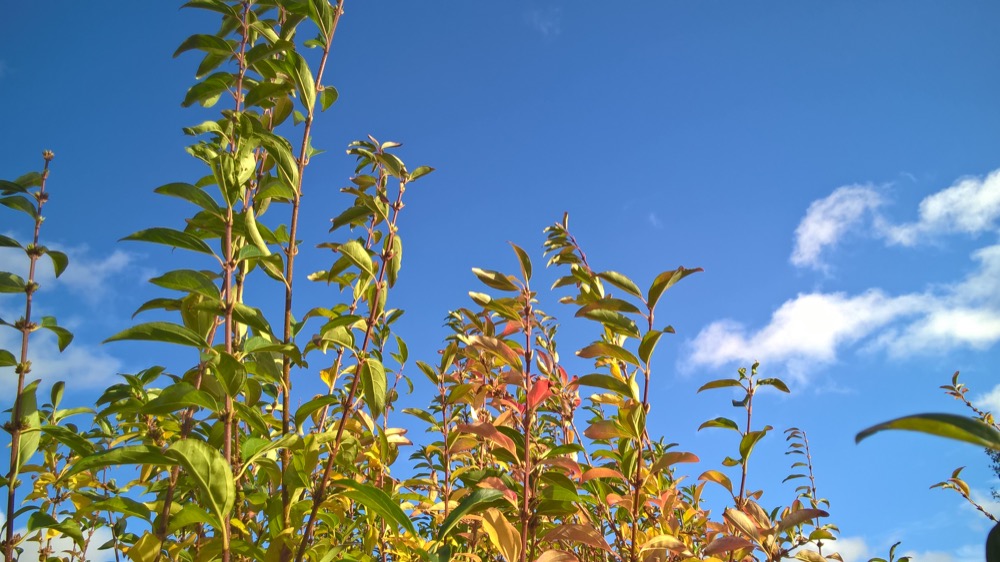 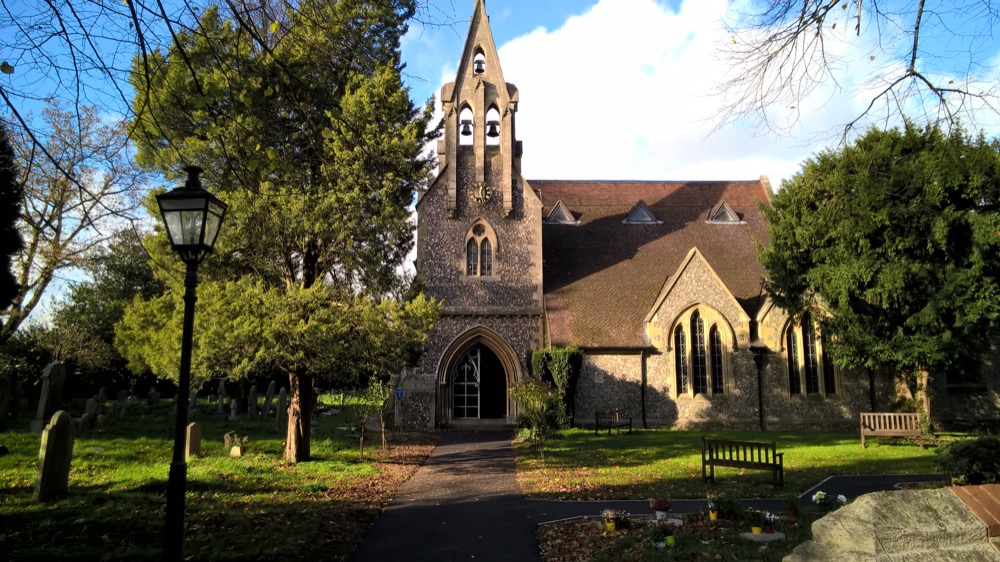 PS. OK, it's a fair cop - as per the comments below, there's still one area where Windows 10 Camera needs work and where Lumia Camera is still needed - any use case requiring stereo audio when shooting videos. I've contacted my sources and will keep you up to date as to a fix for this aspect.