Last covered at the start of 2019, myTube! hasn't quite reached the 'next generation' v4.x that is promised for 2019, though it's definitely still coming. But fear not, for there has been a mountain of changes and fixes to the main v3.x codebase since our last story, see the list below and with the app last updated yesterday.

Firstly, here's what's new since the last coverage here: (note that some items are PC/Desktop-specific)

Quite a list, with a couple of screenshots here from me to illustrate the app in action: 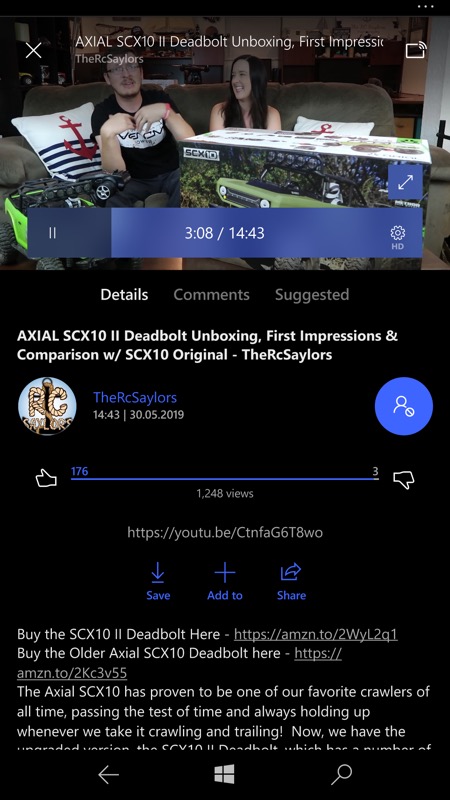 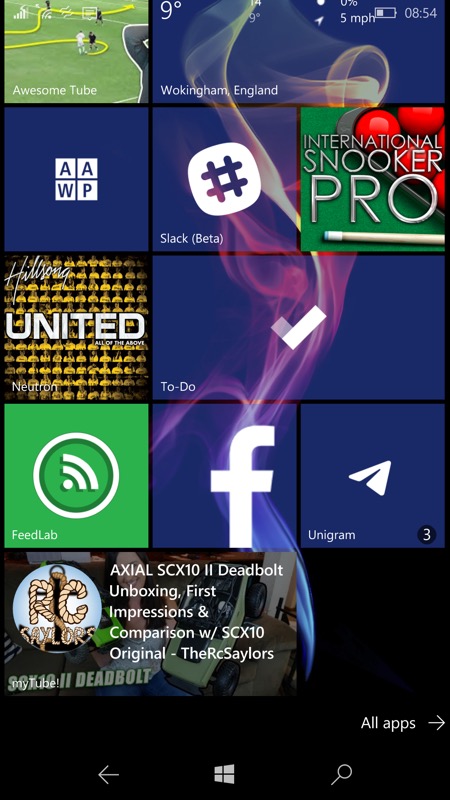 Playback issues seem to be a thing of the past, myTube! worked very smoothly on my test IDOL 4 Pro; (right) live tile(s) animate and update properly again - phew!

Plus, as usual, there's considerable 'behind the scenes' commentary from the developer on the plans for the future - version 4 is still coming soon!

Both myTube 2.0 and 3.0 each had to be rebuilt from scratch as they targeted a new OS (Windows 8.1 and Windows 10 respectively). That won't be the case with myTube 4.0, as Microsoft (thankfully) hasn't released a completely new OS or SDK since the launch of myTube 3.0, and seemingly won't for the foreseeable future. This means that myTube 4.0 will technically be an update to 3.0, rather than a whole new app like 2.0 and 3.0 were. This should allow 4.0 to be completed in a much shorter amount of time than those versions, without having all the bugs that a completely new app typically has.

Despite being an update rather than a new app, myTube 4.0 will still be a massive overhaul, as the UI is being torn down and rebuilt from the inside out. The app's shell (the global UI control that contains persistent elements, such as the header), video player, and many pages are being rebuilt from scratch. Some smaller elements such as the popup to save videos will remain shared between 3.0 and 4.0, and improvements made to these elements for 4.0 will automatically apply to 3.0 as well. This means even if you aren't in the beta, you will still get some small tastes of myTube 4.0 during its development.