We've seen Windows 10 Mobile itself lapse from official support (January 2020), we've seen some top apps and services stop working altogether (e.g. Whatsapp, December 2019), and now we're seeing some well known Windows 10 applications compiled such that the minimum Windows branch number is above that which W10M ended on (15254). As a result, some are slipping from the Store and can't be reinstalled. Though not all - the situation is more complex than that, as you'll see below.

Now, I realise that 'some' is a rather woolly quantity, but the situation is changing week on week, so it's hard to be accurate, maybe you can chip in, in the comments below?

I noticed the problem when trying to reinstall GDrive.NET (a free Google Drive client) from the Store onto a freshly reset Windows 10 Mobile phone - and it's not available. When I checked on the full Microsoft web site, I see:

What's happening is that new functionality is needed in the application to support (in this case) Google Drive's changing APIs and as a result the deveoper is being forced to 'target' a certain minimum Windows 10 branch (or above), in order to make sure that all the functions are properly supported. And in this case Windows 10 Mobile is left far in the rear view mirror. So no GDrive.NET in the Store on the phone. If you have it installed from previous times then it may work in a limited fashion, but no guarantees.

Which is a shame, though it's worth noting that the situation is more complex than a simple 'yes or no' in terms of compatibility. For example, other Windows 10 UWP applications, such as Z Music Player in the Store here: 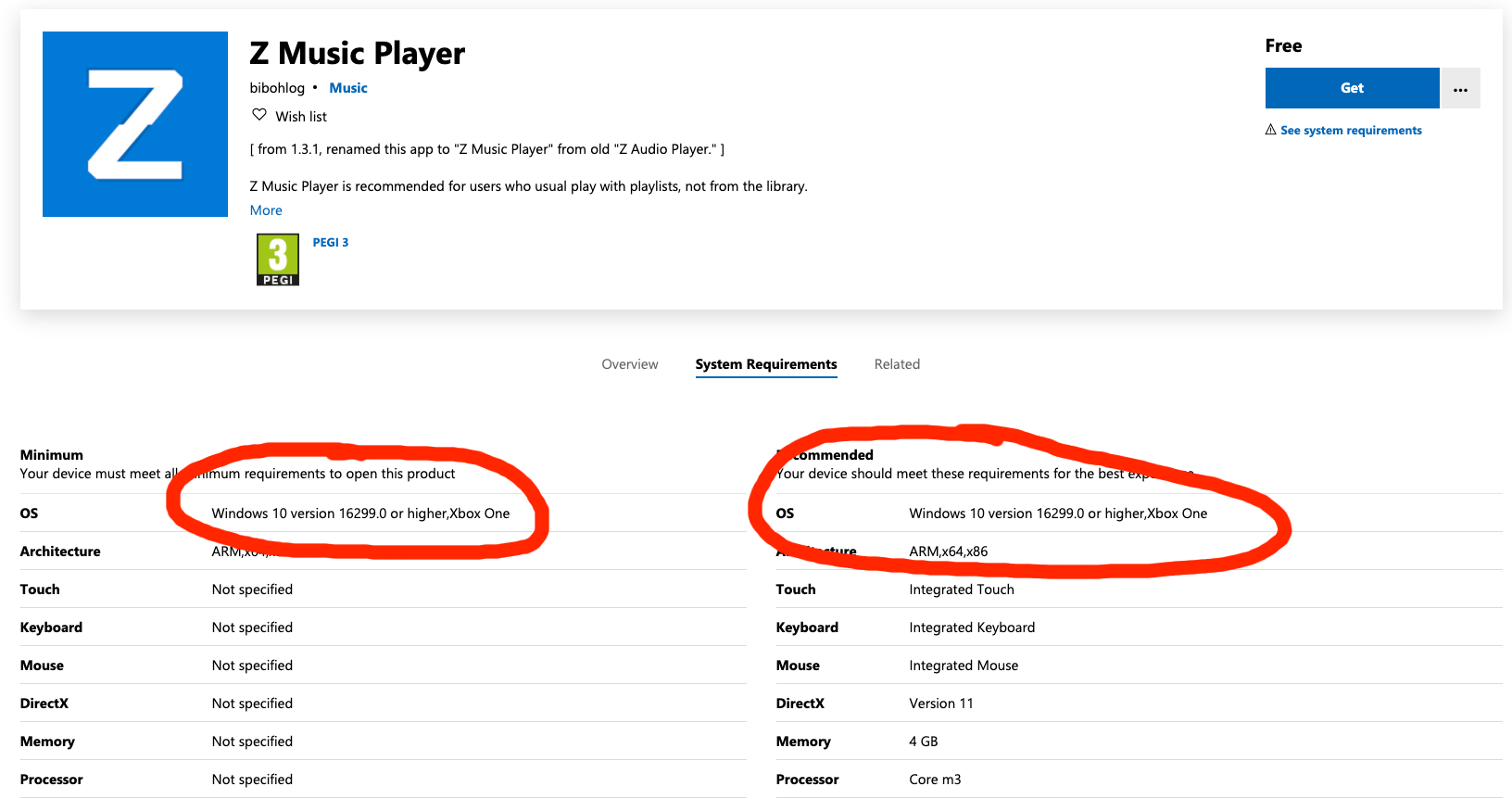 This clearly states a higher minimum version than Windows 10 Mobile supports, yet Z Music Player appears in the Store and installs and works just fine. Which is downright paradoxical. I'd assume in this case that the developer either hadn't bothered removing a previous version or had left it in place to help those on Windows 10 Mobile. In which case thanks.

Then there's a third possible arrangement, for example with image editing utility Tapershot, found here in the Microsoft Store online:

This appears in the Microsoft Store on a Windows 10 Mobile phone, despite the requirement above, along with a nice 'Install' button. But then the button doesn't do anything and you can't, in fact, install it at all! I suspect that it's not supposed to work at all now on 15254 on the phone - it's not even supposed to appear in the Store, but the developer has left a check-box ticked in his submission process by accident!

In normal circumstances, these are the sort of anomalies that one might report to Microsoft, but as the OS itself (Windows 10 Mobile) isn't officially supported anymore then there's no way they're interested in taking a look. Plus, as developers keep updating their UWP applications from week to week, the situation is going to change for Lumia owners anyway.

So just a heads-up. We're getting to the point in Windows 10 Mobile's life where things are starting to fall from the Store in terms of availability for the phone, in which case doing a rebuild or reset is becoming less advisable as time goes on. And if you do have to reset for any reason, make absolutely sure that the UWP apps you 're going to need after the reset are indeed still available and installable on the phone!