After a month's reprieve(!), Windows 10 Mobile really does receive today its very last OS/security update, marking the end of Microsoft's official support, though of course phones aren't going to suddenly stop working. Under the hood here there are kernel and security fixes, for all phones currently running the '1709' branch (potentially most of you, see the upgrade/hack links below). Grab this last (January 2020) update in Settings. Make the most of it, it's the last time you'll ever be seeing those cogs*.

* Well, unless you reset the phone to rebuild it, or similar!!

To help you visualise where we are in terms of the window for these monthly OS updates, in this case the end, here's a helpful chart: 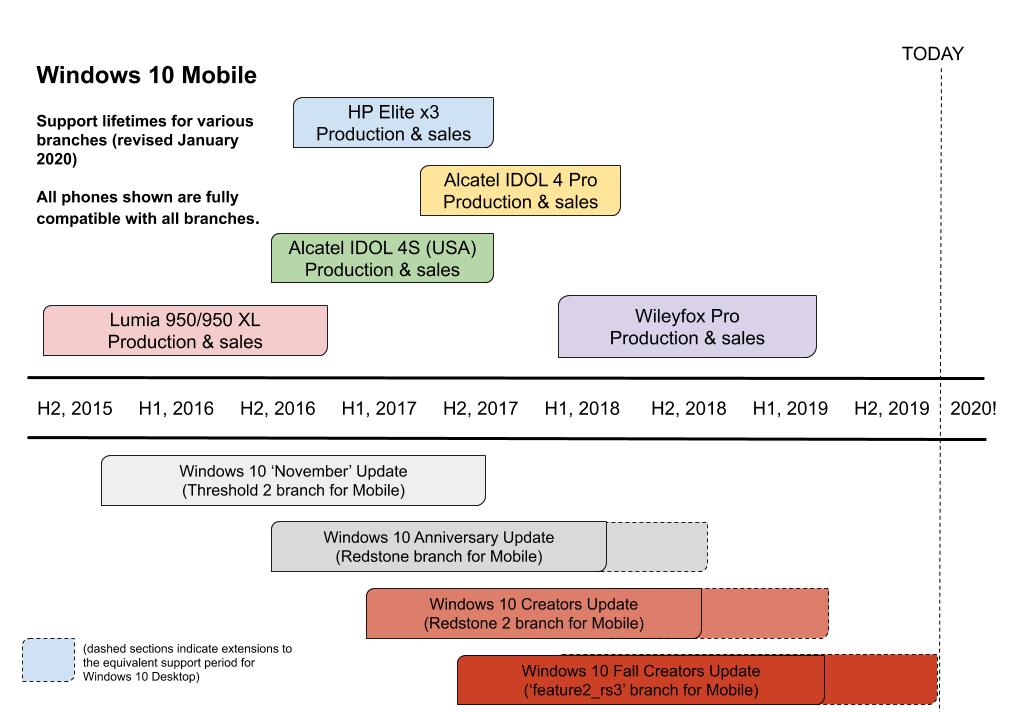 One good question is what will happen to all of these phones from now on. See my Windows 10 Mobile Service and App ready reference table for the constantly updated state-of-play. 'Death of a thousand cuts' seems appropriate in terms of hanging on for too long though, since we seem to lose a major service's compatibility every few months (Facebook, Whatsapp, etc.) Especially when other platforms are gaining compatibility and functionality.