Twitter keeps on improving its UWP application with server side (it's a PWA under the hood) changes and this month's update hit yesterday, with a complete overhaul of the Settings hierarchy. It's, dare I say it, a little Windows Phone-esque now! Twitter is perhaps the flagship social network for W10M in these last days for the OS, so here's what's new, updated and fixed!

From the official changelog (including a few large screen/PC items, so not all apply to Mobile):

Quite a list, it's impressive how much goes into the Twitter PWA, helped by the fact that's now used on the web in general, so the changes are seen by vast user numbers.

As usual, some screenshots to illustrate some highlights: 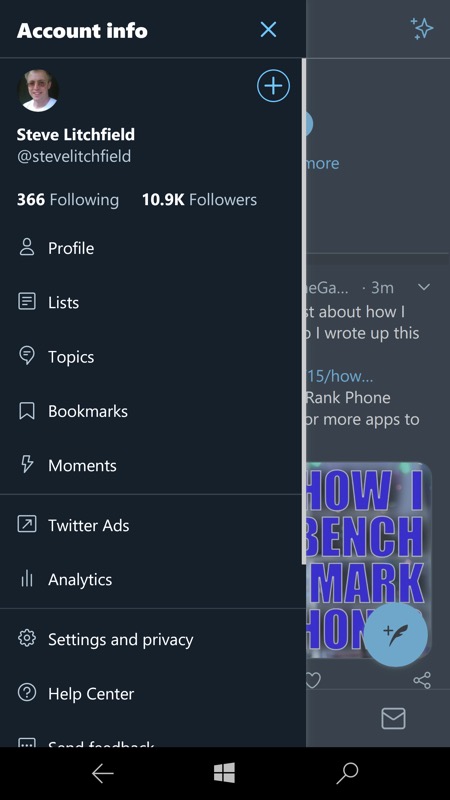 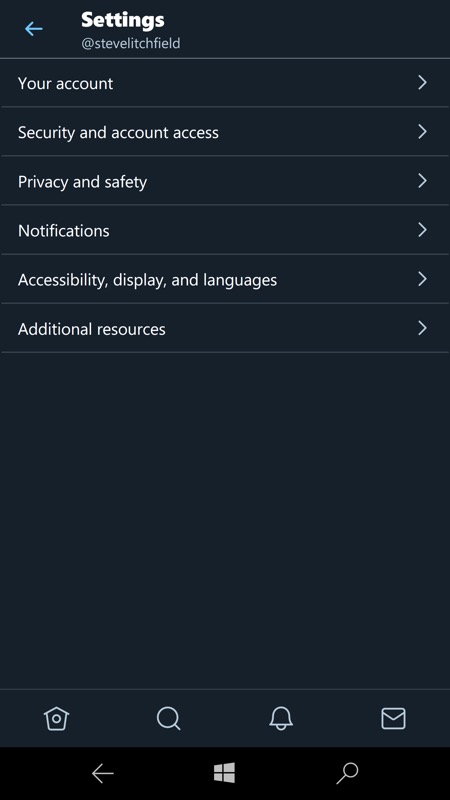 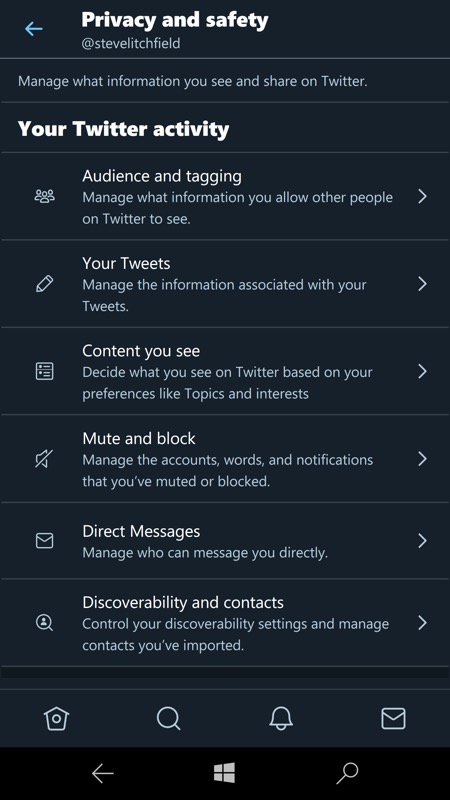 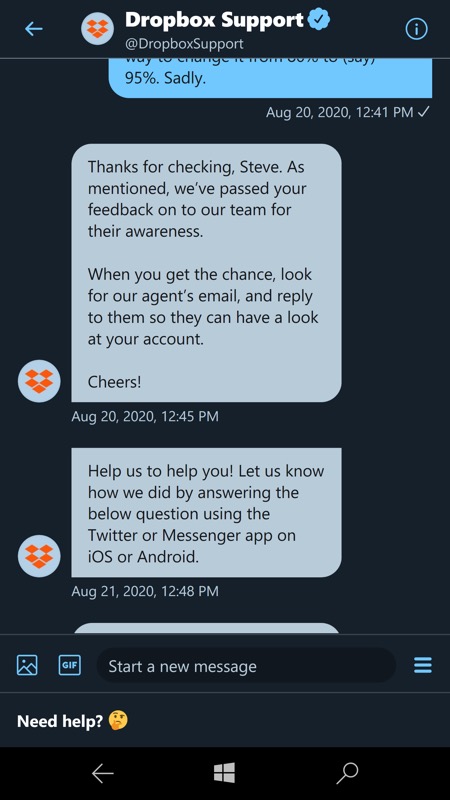 ...and then tapping into any of these headings shows new groupings of individual settings. It's well thought out and exactly the sort of Settings hierarchy reworking that one would expect when an application matures, outgrowing its initial Settings stack; (right) a visual refresh for DMs too, plus profile photos and Twitter usernames in the header.

Good stuff. You can grab or update the Twitter PWA-ified UWP client here in the Store.