For older smartphones, is it possible to stay on Windows Phone 8.1 and keep a faster experience?

With the declaration up front that by 'older' I'm talking about native Windows Phone 8 devices like the Lumia 520, 620, 920, 925 and 1020, i.e. all Snapdragon S4-based handsets, the favourites of yesteryear (2012-2013), after much testing and pondering, I think I'm ready to recommend that anyone with these handsets think about staying on Windows Phone 8.1 and deliberately foregoing Windows 10 Mobile when offered. I've already reported on the speed differences between the two OS and, as at 10th January 2016, I'm sceptical as to how much this will change in the next few months. 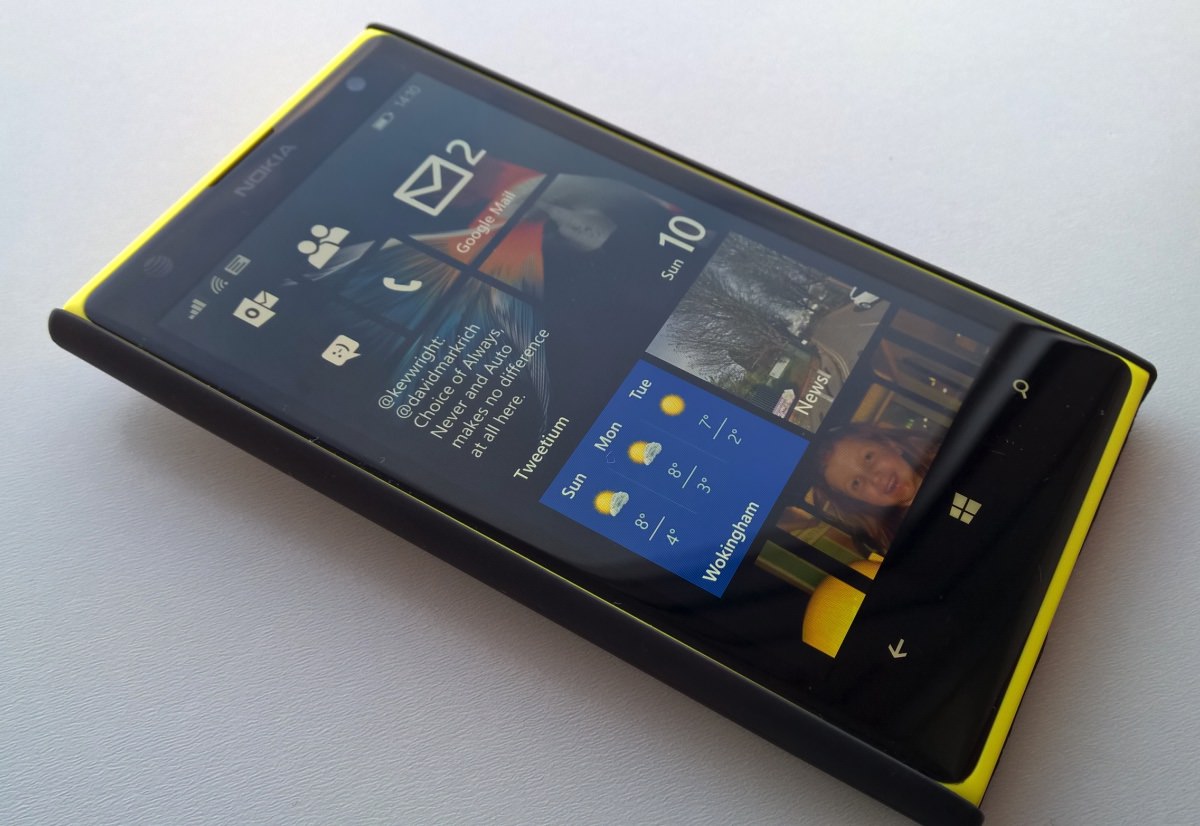 The Lumia 1020, typical in terms of internals of the rest of the Snapdragon S4 generation...

I should emphasise that this particular feature, this little bit of OS gloom and practicality amidst waves of Windows 10 Mobile excitement, is only for the older devices with the S4-based processors. In my tests, the newer devices with Snapdragon 200, 400 and 800-series processors - so that's everything (chronologically) from the Lumia 630 onwards, effectively - will be better off in the long term with Windows 10 Mobile. And if you're not sure what processor your smartphone has then look it up on GSMArena....(!)

The other associated note is that, along with the processor observation, all the older devices have limited screen resolution - the highest is 768p on the likes of the Lumia 920 and 1020. So a lot of the more 'grown up' layouts in Windows 10 Mobile make no real difference anyway - the new OS and interface niceties only really come to the fore when there's 1080p or above to play with, in my experience.

The question then is - to upgrade to Windows 10 Mobile or to stay on 'Windows Phone 8.1 Update 1' (a couple of variants are on 'Update 2', but don't let's complicate things here)? There are, as you imagine, a number of functions and factors to take into account.

Probably the biggest isn't to do with the fancy new features of the newer OS - Hello, Continuum - since these depend on new hardware. What we're talking about here is what to do with the smartphone hardware that you already own. One of the biggest concerns that I have/had is/was to do with all the new universal applications being written for Window 10. New functions, new ideas, new cloud syncing, new compatibility with what's happening on all our desktops and laptops, and so on. After all, surely these are Windows 10 Mobile-only?

This is best explained graphically, so here goes: 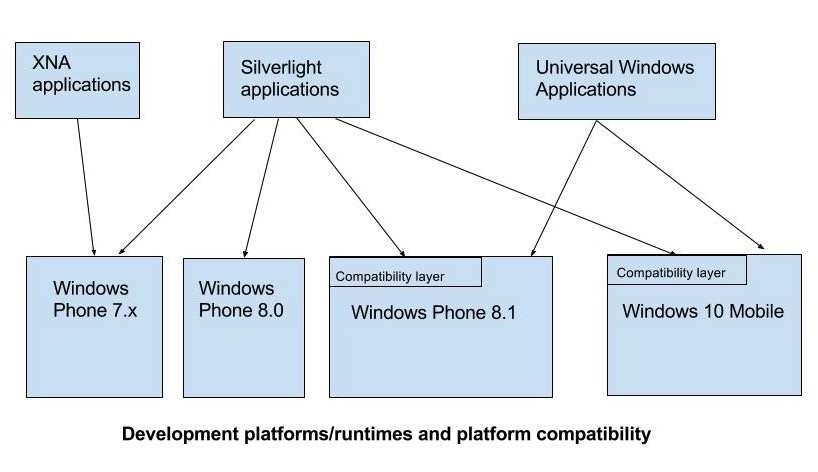 So, in terms of application compatibility, the majority of applications, whether Silverlight-written or 'universal', are identical in terms of Windows Phone 8.1 and 10 Mobile. In practice, there are examples where applications are recent enough that the developer has been specifically targetting 'Windows 10' and in these cases there's either no version for Windows Phone 8.1 or perhaps a separate, older version available in the Store for that platform. But such apps are the exception rather than the rule in my testing.

Examples of really good third party universal applications that work just as well under Windows Phone 8.1 include Tweetium, Aeries, TED and Tubecast Pro. There are dozens, if not hundreds of others, of course.

So - we have faster operation, roughly twice as fast for Windows Phone 8.1 than for '10', for the same hardware, as measured in my real world tests. And we have almost as big an application pool to draw on. You can see where I'm going here, hopefully. Let's examine a few other wins in staying with 8.1 and spurning Windows 10 Mobile:

The speed is the main thing though - whether starting up or checking email or 'typing' a text, everything's just smoother and faster under the old, more optimised mobile version of Windows. And I don't think that Windows 10 Mobile, with all the optimisation in the world, will get close to this speed on these older Snapdragon S4-based phones.

There are downsides to (in my case) going back to Windows Phone 8.1 or (in most cases) simply sticking with 8.1 and refusing the update to Windows 10 Mobile when it finally comes in April (or thereabouts):

On paper, the 'downsides' outnumber the upsides of staying with Windows Phone 8.1 (Update 1 or 2), but the speed and smoothness 'upsides' are huge. If we've learned anything from the last ten years in smartphones, it's that user experience really does matter. Given this, and that virtually all the new universal applications are also available for the older platform, as per the chart above, how many people's phones will be copying my Lumia 1020 and staying on 8.1, at least for the time being?

Because this is likely to become something of a FAQ, I've tabulated Windows Phones and my recommendations below, here with current (as of January 2016) timing estimates:

Perhaps I've been too harsh and impatient - maybe there are some huge optimisations for the older S4 processors that are yet to come in a future update, but Windows 10 Mobile has now been in testing for getting on for a year and we're now at the point of fixing niggles rather than wholesale rewrites of the UI code. I've simply lost confidence that Windows 10 Mobile will, overall, improve the smartphone experience for roughly half the installed base of Windows Phones.

Microsoft, please prove me wrong, we're only talking bits and bytes, after all, everything's possible in software - I'll come back my tests and this feature in a couple of months.

Filed: Home > Features > For older smartphones, is it possible to stay on Windows Phone 8.1 and keep a faster experience?