Anatomy of a Lumia photo #15: The Falls

After a gap of more than a year, I thought I'd bring this feature back, starting with a shot taken with a Lumia 950 XL on a pleasantly sunny winter walk here in the UK. As with a few other snaps in this series, a lot is to do with positioning and imagination...

My series 'Anatomy of a Lumia photo' (here's #1) has proved popular, even though I cheated with the HP Elite x3 instead for #2. #3 had a lovely clock, #4 was all about framing, in #5, I got down and dirty with nature, in #6 I had a rosy dilemma to solve, and in #7 I took a satisfying low light snap in appalling weather. In #8, I got extremely close to an impressive moth, in #9 Andrew Elliott was in Budapest at night, in #10, I was shooting in early morning sun, in #11, I shot 'wide', with a little help from Panorama mode, in #12 I kept repositioning and zooming until I got a water fountain just right and in #13, Jeff Appleton got a good look at The Northern Lights. Then, rounding off the series for its previous run (in 2017) was #14, looking at a glowing tower.

The idea of this series is to give you an insight into the thought processes that went into achieving each image, in the hope that it might inspire you to better photos too. In this case, a picturesque set of small waterfalls and ponds at a health centre in Somerset, a location I've tested at often in the past. Here's my initial view of the scene: 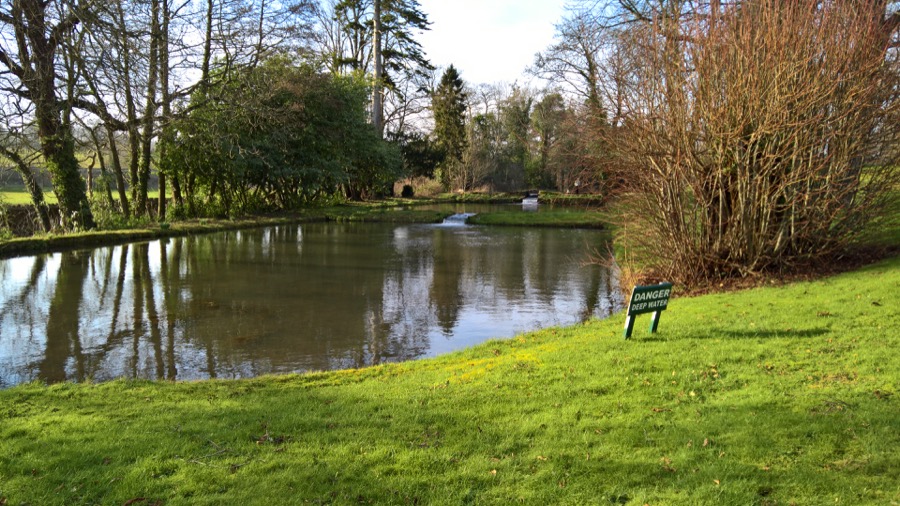 Very pretty in the winter sun, but how to extract the perfect photo? There are at least three falls and it would be nice to get most of them in, plus there's the peacefulness of the water.

My first thought was to implement a trick I've used before, to get up close to the edge of the first pond, giving the impression that I'm actually on the water. The idea is to produce something immersive: 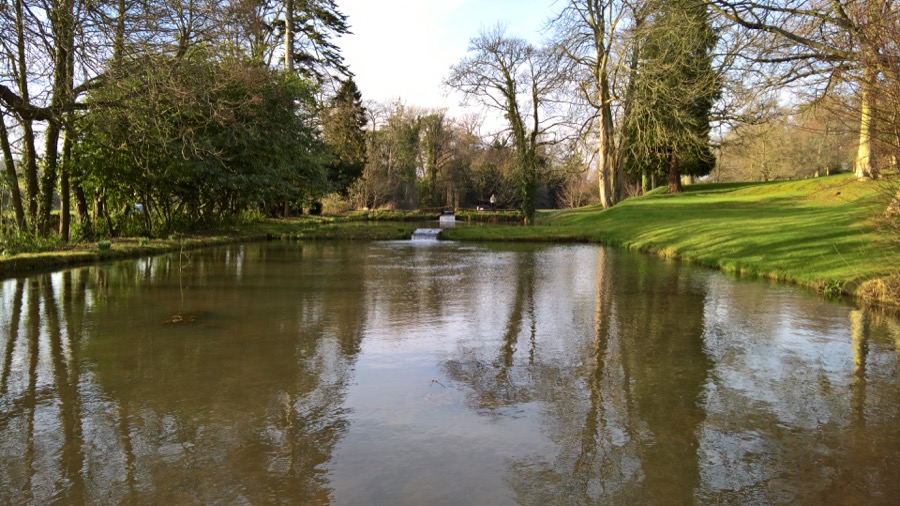 It was indeed a nice idea, and a nice photo - but arguably there's too much water and any interesting detail (cascading water) is too far away...

What about lining the falls up? I walked round beyond the bottom one and tried the shot below: 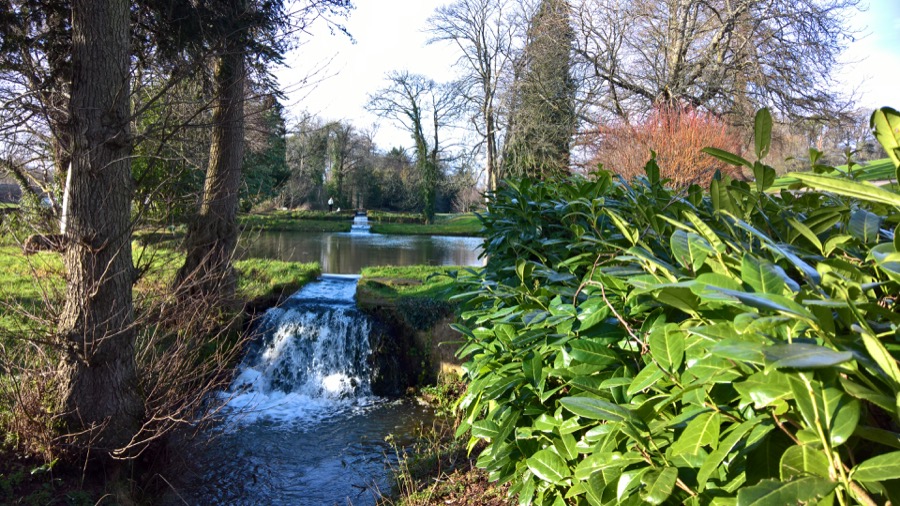 Aside from not quite getting the shot level, the aperture through the foliage and trees isn't sufficient and the main subject rather gets lost.

For my third (and, I think, most successful photo, I braced myself as far left as I could (safely) stand on the grass by the first waterfall: 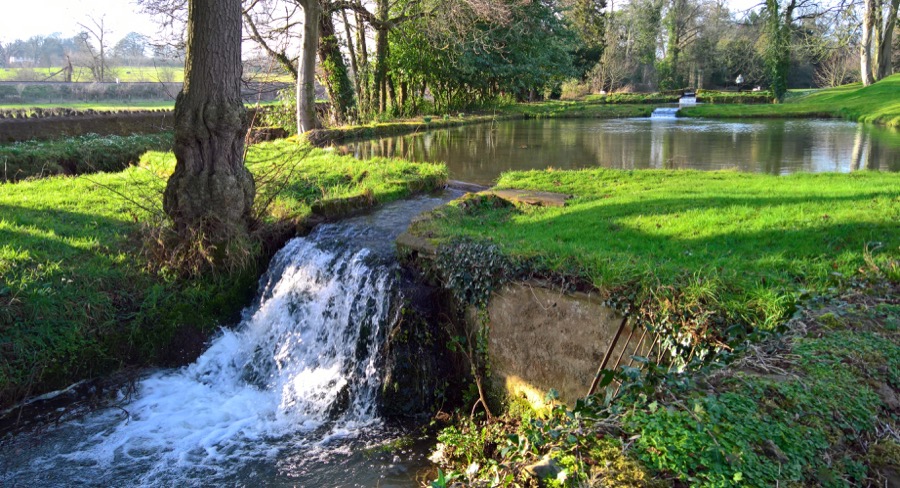 Much better and this has loads of positives. The nearest fall is captured in full motion and detail; there's plenty of sunlit grass; two more waterfalls are in shot; even the railway line in the background (left) is in view. And, if I was doing this in summer, I could even have timed this to have a steam train puffing away left of frame. Oh well.

Photo purists will hopefully like the use of 'the rule of thirds' to position the nearest waterfall a third from the bottom and a third from the left, with the water then drawing one's attention upstream to the pind and other falls.

All in all, I'm very pleased at the composition. If there's a lesson here for this feature, it's to spend a few minutes thinking about framing and compsition rather than just snapping from whereever seems to be convenient - in this case I ended up in a somewhat precarious stance on uneven ground, but it was worth it.

You can grab a higher resolution version of the photo above by clicking it - or grabbing it from this link.

PS. At least one of the previous features in this series highlighted a photo taken by a reader. Feel free to send in your own contribution, ideally with some notes of what was going through your mind when taking the photo, along with some snaps before and around the main shot?

Filed: Home > Features > Anatomy of a Lumia photo #15: The Falls