Modern ultra-light laptops and hybrids tend to come with one or (at most) two USB Type C ports - and that's your lot. Meaning that there's a whole market for USB 'hubs' (e.g. the one I reviewed here from Choetech) and 'docking stations', as here. When is an accessory a hub and when is it a docking station? I'm going by size and weight - the Vava docking station here is around a foot long, has 10 ports/jacks, plus a mains 100W power supply that's simply enormous. The implication being that you'd leave this in the office, plugged in to all your desktop 'stuff' and then plug your smartphone/hybrid/notebook in when you arrive.

The power requirement is so that your aforementioned smartphone/hybrid/notebook can be charged while it's used, which is good, though the same also applies if you put power into the small and light Choetech hub linked above, so there's definite cross-over. And you can equally use this Vava accessory as a mobile hub, using its card reader and most other ports, even without mains power. But this feels like an officebound accessory, it does best with mains applied, and I'm treating it as such. 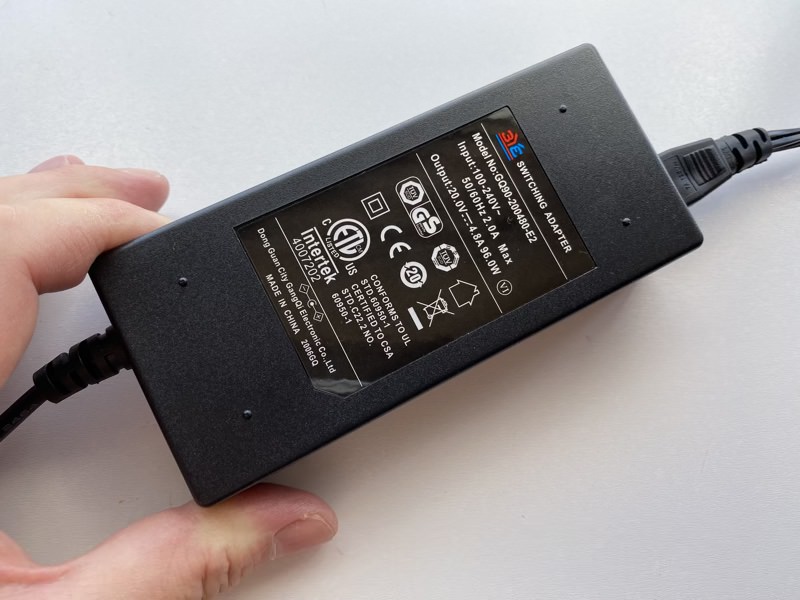 Let's start with the most immobile component - the power supply, which you're probably going to want to use. It's 340g, not including plugs and the cables, it's as large as a typical laptop power supply, and so it lives under your desk at work or in a home office. It plugs into the end jack on the hub and provides oomph to every function that can use it.

The hub itself is surprisingly light, in two tone (matt and reflective) plastic, with every port labelled clearly. From left to right:

The specs can also be consumed here in two images. Firstly the underside of the hub: 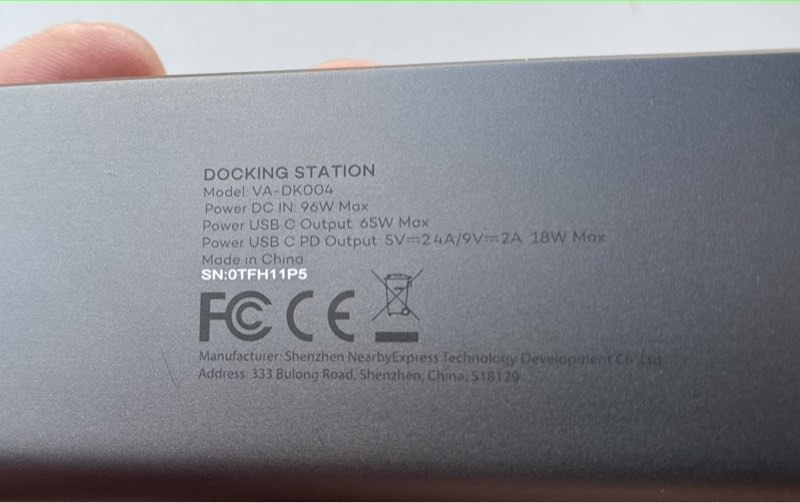 And secondly with a double-page spread from the supplied user guide - here's a higher resolution version (to save your eyes!):

And around the corner, on the docking station's edge is an extra 3.5mm output, backed by the DAC on the hub's chipset. It's not spectacular (à la HIDIZS), but it's easily good enough, should your Type C connected device not have a (convenient) 3.5mm output port of its own. 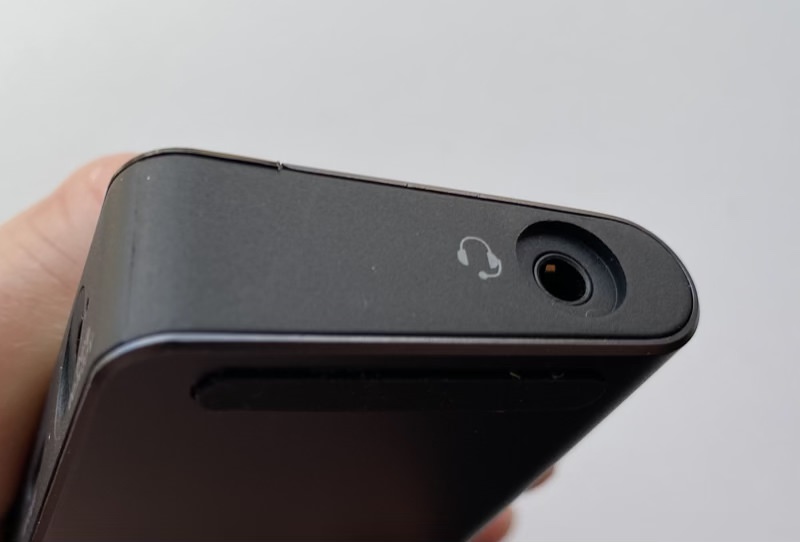 Plus the main wired Type C connector on a flying lead. This is for plugging into your phone, tablet, hybrid or laptop, of course, and supports PD charging up to a whopping 65W. This turned out to be perfect for the Surface Go I was testing the docking station with, since the Go works up to 45W over PD.

Add it all up and you do get to the titular '12', though including the DC in jack in this is a bit of a stretch! 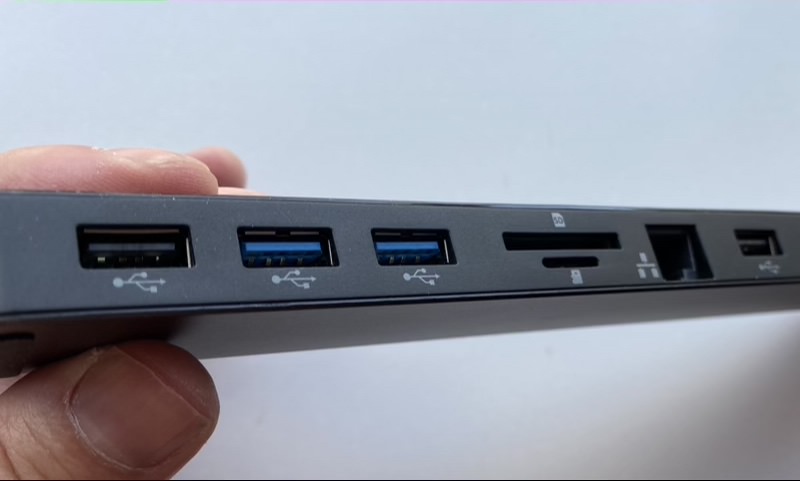 Now to the tricky bit - would I recommend buying this accessory? Yes, with two caveats. One, the size and weight of the power brick - yes, you could carry just the hub portion and use much of its functions with no extra power, but then you might as well carry something much simpler and cheaper. So this is best parked solidly where you need it, where your extra monitor(s) is/are, where your wired mouse and full-size keyboard reside.

And this all depends on how you live and work. My Surface Go (pictured below) often needs a hub when out and about, but then I can't always guarantee mains power. While if you're somewhere semi-permanent the chances are that you've already got a bigger PC available, with its own connections and peripherals. So the VAVA docking station ends up being a little niche! 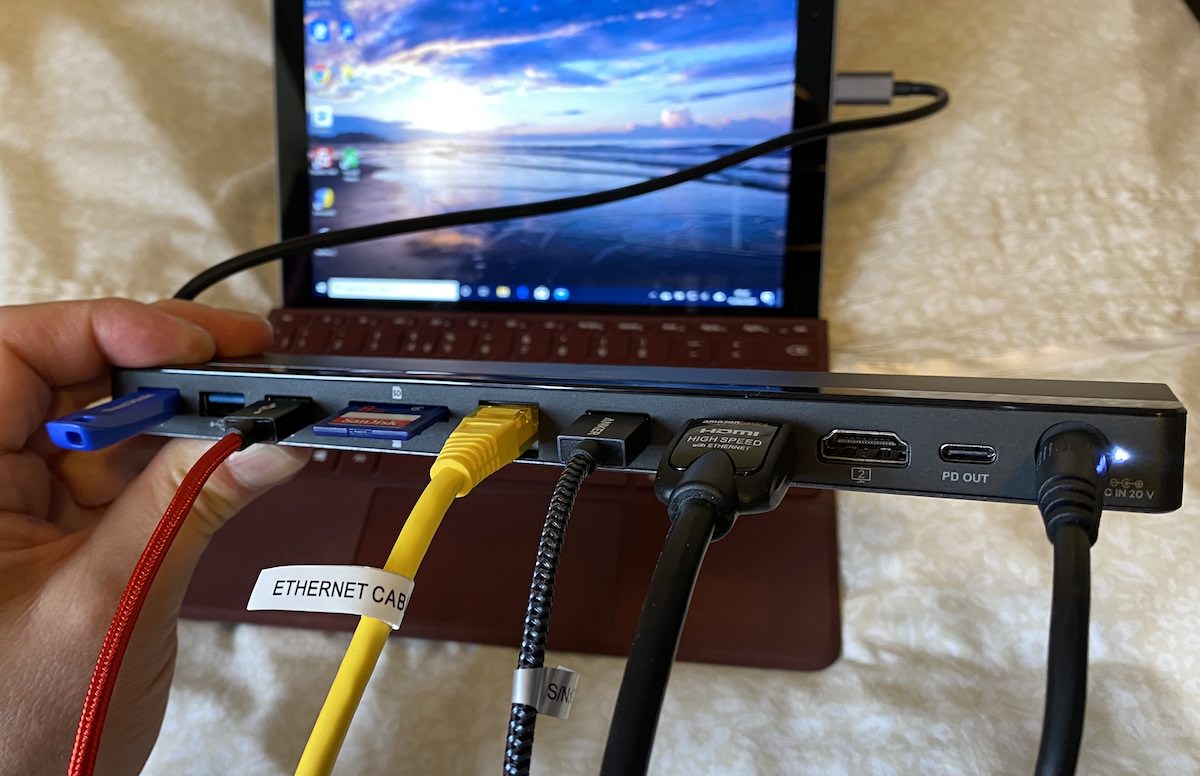 Plenty of food for thought anyway - thanks to Vava PR for the review accessory, I'm quite sure I'll find a use for it somewhere in the family's IT set-up! [Update: now done!]

PS. Though not shown here, this also works well - if in totally over-the-top fashion - with any Type C smartphone, including the Windows 10 Mobile handsets. So you could have three or four extra disks, wired keyboard and mouse, attached Continuum display, charging, all into a Lumia 950 XL or similar. Think of it as the Microsoft Display Dock/Hub on steroids!