Wrong browser? No search? Spotify no longer for Windows phones

Spotify has effectively ended its service on Windows-powered phones, as of last week, with the withdrawal of the core search facilities (i.e. for music). This was expected and I try to provide links and quotes below to chronicle Spotify on the platform(s). As to alternatives, there's a third party client, but it does come with a few quirks and caveats.

The Spotify on Windows Phone story (including third party 'clients') is convoluted and long, so an AAWP coverage chronology would help here, I think:

So that's you up to date. Three options. There's the official Spotify client, nominally for Windows Phone 8.1, but which was still working for Windows 10 Mobile, there's the third party Spodicast client, which takes its search, track and playlist data from your Spotify account but which actually gets its audio from the same (usually) tracks on YouTube. And then there's the 'Web Wrapper' app approach.

The news here though is that these options are effectively down to one, as of now. Firstly, Spotify itself wrote in December 2018:

In 2017 we confirmed Spotify for Windows Phone had been placed into maintenance mode.

We’ll be winding down the app over a 3-month period, starting December 10th. During this time, functionality of the app will disappear – including the ability to search - and it will eventually stop working.

This has now happened and, as part of changing its underlying APIs, Spotify has pulled support for searching its track databases from the WP8.1 application. You can still play your playlists and browse the service through the official client, but at some point in 2019 these functions too may stop working: 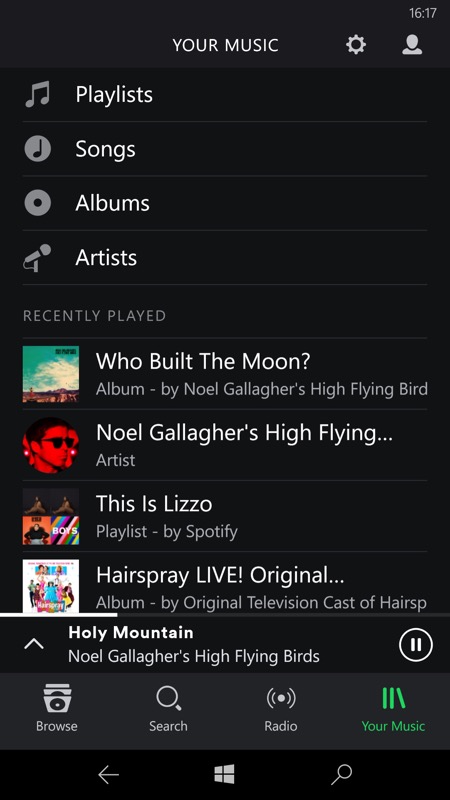 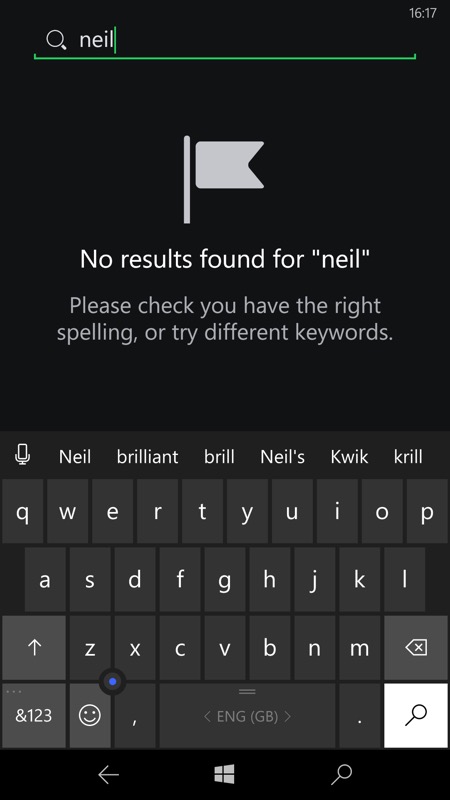 Possibly as a direct result of the API and interface changes, the Web Wrapper approach has also stopped may also stop working soon, with the error 'Spotify no longer supports this version of Microsoft Edge. Please update your browser for uninterrupted listening.' Which is unfortunate, in that Edge is baked into Windows 10 Mobile at the OS branch level and can't be updated: 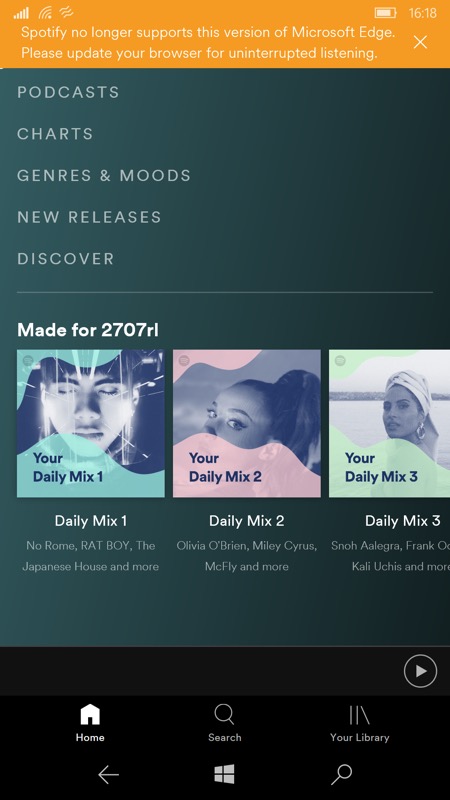 All of which leaves 'Spodicast', which works now better than ever, but with the huge caveat that its music isn't coming from Spotify's servers. Think of it as a cross between Spotify and 'YouTube Music' (normally for Android). Most people don't realise that the audio from every YouTube video is fairly trivial to extract and so, given that almost every piece of music also exists on YouTube then Spodicast's choice makes sense. The downside is that you don't always get the exact version of a piece of music (or quality) that you'd hope for. 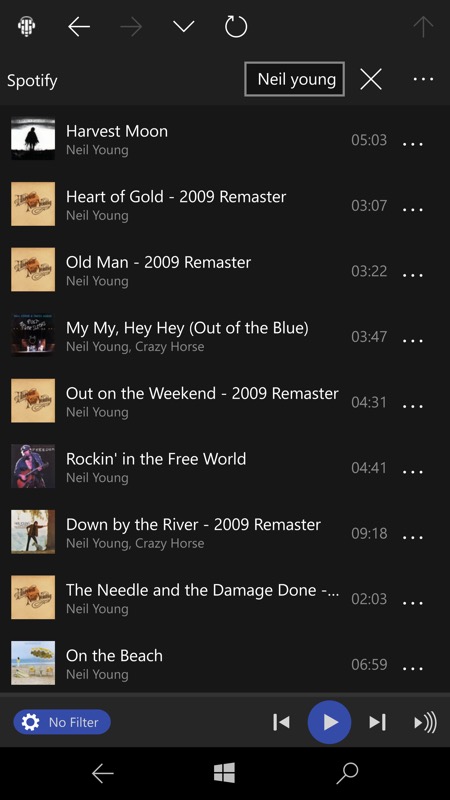 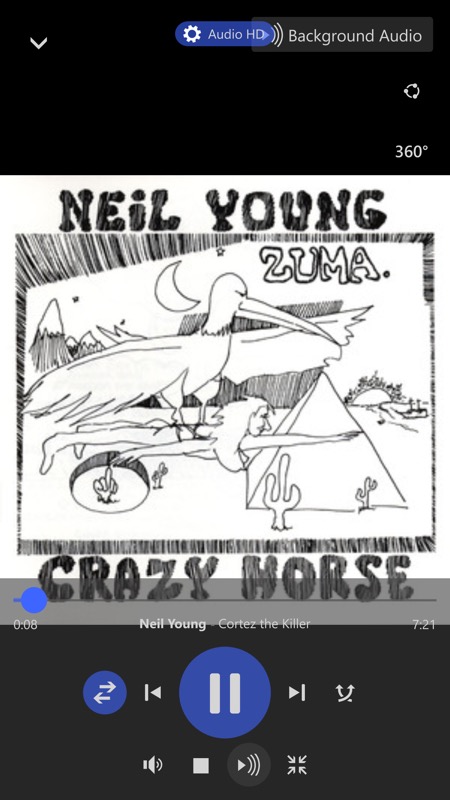 Searching for music in Spodicast - and finding the vast number of matches, here looking for and finding a specific Neil Young classic. Spodicast does its best to match Spotify's results from YouTube and then presents its findings - they're usually good enough in my experience, at least for pop and rock. Be sure to tap on the 'broadcast' icon in the playback toolbar, to enable background playback, if you want music while you do other things on the phone! 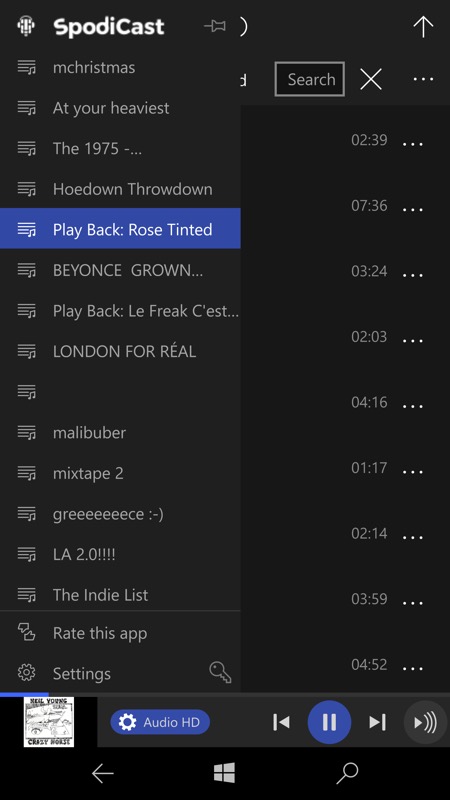 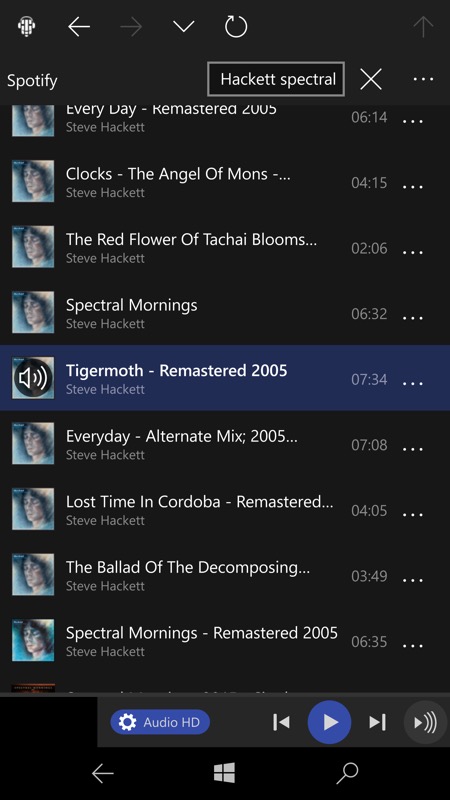 Here browsing/playing some Spotify playlists, and (right) trying a really tricky Spotify search - this is an obscure album track from the 70s. No problem for Spodicast's Spotify query. In fact, I spotted a lesser album track ('Tigermoth', here) and this too played properly, though I can't vouch for YouTube managing to play the 'Remastered 2005' version!

Comments welcome then - do you use Spotify and is its gradual withdrawal from Windows Phone (and thus W10M) an issue for you? What about Spodicast and its quirky cross-service compromise, or are you heading to greener pastures on iOS or Android?

PS. Of course, for streaming music there are other apps and sources. Many people relied on Groove Music to stream their own music collections directly from OneDrive, but this too has now stopped - though happily there are plenty of workarounds to carry on streaming the same files in a third party fashion.