Not a smartphone but very mobile, the diminutive Surface Go has been a mainstay of my computing setup for three years now*. A Start screen and full Windows in landscape or portrait modes, and useable as laptop, tablet, or - in an emergency - as a phone with the LTE edition. Why this news post? Because Microsoft just issued a raft of low level system firmware patches, great to see its hardware fully up to date. 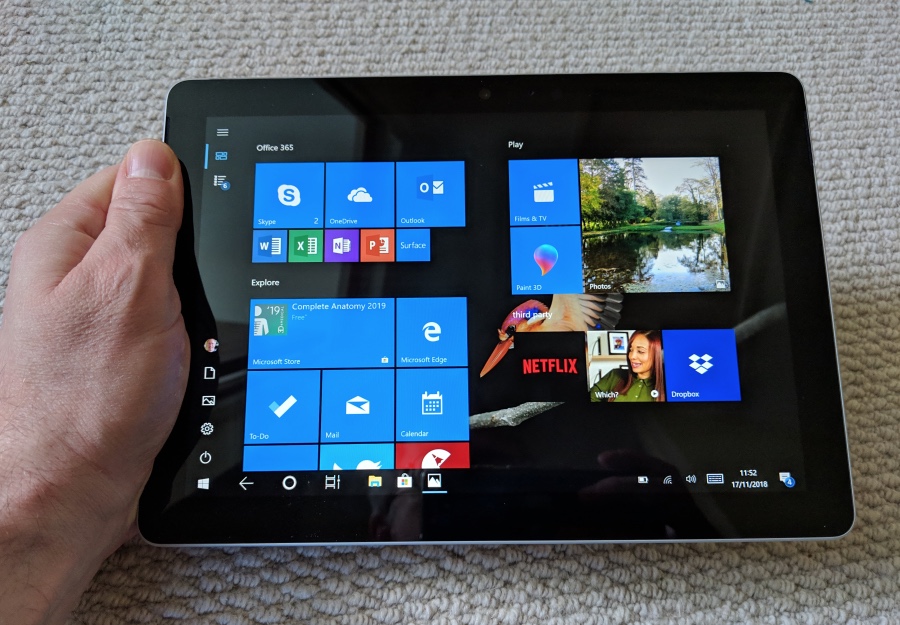 While three years isn't that long in the Desktop world and you'd expect Windows 10 patches and updates in the normal way, I did think that Microsoft had now forgotten the original Surface Go (with the Go 2 the current model), but it seems not. Here, in updates, I found: 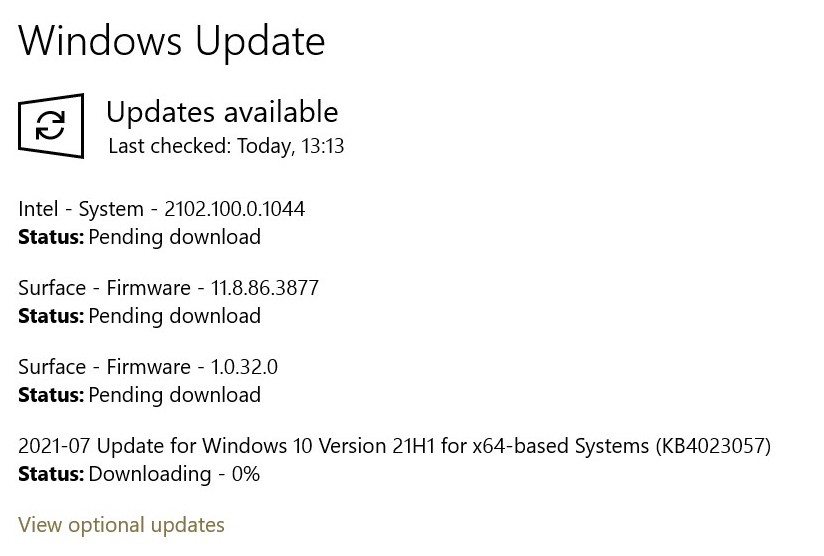 The three updates address BIOS, Wifi, and hardware drivers. Not that I've had any issues, but improvements (including to battery life) and bug fixes are always welcome.

The updates are applied in three quick reboot waves and the whole process takes less than a minute: 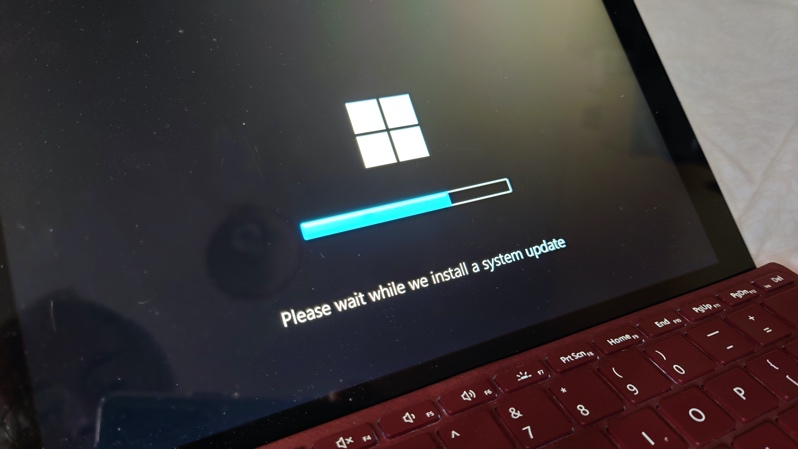 Curiously, not related to the update but appearing around the same time, I noticed updates to the HEVC Video Extensions - this was a set of codecs that appeared in the Microsoft Store a couple of years ago and extended video support to the latest high performance video systems - and were a paid upgrade, though only a dollar, the idea being to pay the royalties to the Fraunhofer Institute for using the tech.

I paid the dollar at the time and have had no problems, though I was interested to see an extra entry in the Store today:

Whats this? Two sets of extensions? Diving into the first one (with an older version number) reveals:

Note the phrase 'You can use HEVC Video Extensions from the Device Manufacturer or buy it to own'. What I think has happened (presumably across all Windows 10 devices) is that to avoid Surface users having to pay a dollar each for HEVC support, they've now included this in the Store tagged for Microsoft hardware, hence 'from the Device Manufacturer', and presumably it's up to Asus, Dell, and others as to whether they do the same.

Not that it really matters - I now have two licenses for my HEVC Video Extensions on my Surface Go, one from Microsoft and one that I paid a dollar for in 2019!

Hopefully this clears up any confusion and also means that many Windows 10 users with new hardware, especially of Surface laptops and hybrids, won't even have to go looking for extensions to play the latest videos, since they're now bundled by Microsoft in updates. Phew!