The question is a tantalising one. How would someone get on setting up a Windows 10 Mobile smartphone from scratch... in 2020? i.e. a starting point of up to date security but no more updates to come - ever, plus a patchy set of mainstream services. I keep the latter tabulated and up to date here, but I also thought it worth documenting how everything comes together (or not) on a freshly factory reset Alcatel IDOL 4 Pro, certainly the slickest and shiniest (and boy, is it slippery) Windows phone ever made.

The IDOL 4 Pro also made it as my 'favourite Windows phone of 2019', it's a stunning piece of hardware in several ways, let down mainly by its camera and slow fingerprint sensor. But I'd lent it out to a fellow podcaster and now it's time, in January 2020, to rebuild it with my favourite bits of software with just the apps that still work(!) As regular readers will know, a reset and rebuild can often have a big effect on performance and general operation. Fewer glitches, fewer issues, and so on.

And so to the rebuild. I thought it worth me documenting what I did - and didn't - put on the phone, given the 2020 context. (So no attempt at Whatsapp, for example.)

My first decision was to use the IDOL 4 Pro 'as is', i.e. no case. I did a round-up of cases for this here, but none of them were even remotely stylish, whereas the naked IDOL 4 Pro (IDOL 4S in the USA) is simply gorgeous. Oleophobic glass front and back, insanely thin, with those metal speaker grilles either end. Simply a lovely design. And, since I mainly use belt pouches, it's always going to be protected to a degree anyway!

Next up, after the usual account set-up steps, is to register my fingerprint. This is still something of a novelty under Windows 10 Mobile, since only this device and the HP Elite x3 had one. The IDOL 4 Pro's sensor is renowned as slow, but the Windows Hello code has been optimised a bit over the last few years and the delay while the fingerprint is recognised and actual access to the Windows 10 Mobile UI is now down to around a second. Which isn't a showstopper at least - unlike the glitchy iris recognition on the Lumias, which never liked my glasses, however much I tried the set-up with and without lenses. To this day, to get into my Lumia 950 I have to lift up my specs and carefully position my face so that the top of the phone can see my eyes properly.

In fairness, without a case on, it's fairly easy to 'miss' the fingerprint sensor (i.e. only getting part of it under a fingertip) on the first try and in some cases, not get it right three times, in which case it's disabled until you've entered the phone's PIN! I do have a 'top tip' though - register your fingerprint twice, to give the algorithms more chance of finding a match when the time comes. When you head into 'Settings/Sign-in options' to do this, you'll initially be told to 'use another finger, this one is already recognised'. But just ignore this and keep trying your main finger, but at slightly different coverage or angles - after a couple of tries the phone will let you complete another round of biometric recognition, and thereafter the IDOL 4 Pro's finger recognition will be much more reliable. 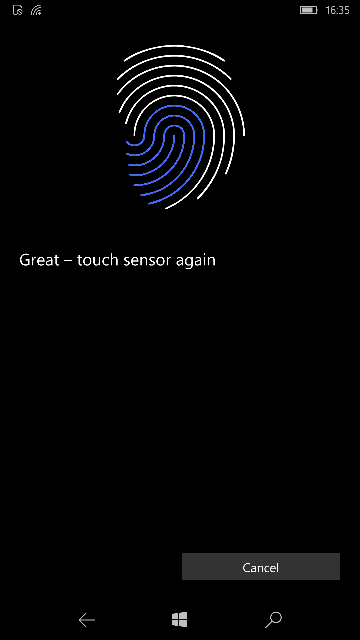 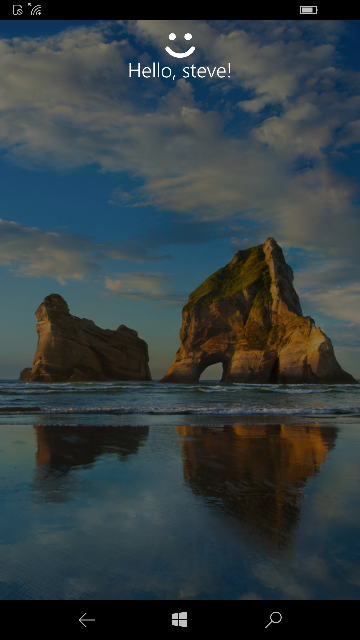 As you read a few days ago, there was a final update to Windows 10 Mobile and this arrived after my reset, so this had to be applied. To be honest, there's been no noticeable improvement in battery life or performance of Windows 10 Mobile in the last few months and I do get the impression that it has been almost a version number-changing exercise at Microsoft, keeping up its commitment in terms of timescale without actually putting any work into it.

As ever, it took an hour for everything to install and update in the background, after the initial reset. But, with a little TLC in terms of keeping an eye on everything, I was ready to start adding software from the 'Microsoft Store'.

[I've excluded listing obvious Microsoft properties, most (though not all) of which are on any Windows 10 Mobile handset out of the box, so Word, Excel, OneDrive, OneNote, Outlook, etc.]

Here are my picks (and reasons), hopefully of interest, in alphabetical order (see also our full directory of UWP apps), and note that I'm explicitly avoiding any old Silverlight applications from the Windows Phone 8 days (even though they do run here) or even any old WinRT applications (ditto) - I wanted everything to be UWP across the board and working as well with Windows 10 Mobile as possible, including running with full dark theme on my AMOLED-screened phone!

Next job, pay to get rid of any in-app ads - I can't stand them, plus it's good to support developers. And, having gone to all this trouble, it would seem crazy to skimp on a few quid and have to endure pop-up adverts in applications!

A little sorting out here will clean things up. Cortana is now effectively dead - you can't even set a timer or reminder in the UK, so that's one to 'unpin'. Ditto 'Continuum', not because it doesn't work (it does), but because it's there anyway when I plug in an external display or lapdock. The People live tile always annoyed me, seeing people's faces revolving around, and now it doesn't even do that reliably, so it's down to an icon alone.

Ditto Outlook Mail, which used to show emails and now doesn't. Down to an icon. Ditto OneDrive and Alarms & Clock. Ditto Microsoft Store, if I'm honest, all that has ever shown me is Candy Crush (and similar) adverts! Ditto Groove Music, now no longer capable of streaming from OneDrive, sadly, but still functional as a local music player. Maps used to show... something... but I was never sure what, so this might as well be a single icon tile too.

More live and not so live tiles

Back when Windows Phone was launched, a decade ago, almost all the tiles were 'live' to some degree, but only about half are in 2020, i.e. with fresh content being pushed to the Start screen. Several of the third party apps listed above have live tiles and so get a double-wide Start screen placing, many don't, so they just get a standard 'square'. And, if it's something I won't use that often, the idea is to give it just the basic 'icon' sized space. Got to be ruthless. Here's most of my Start screen on the rebuilt IDOL 4 Pro anyway: 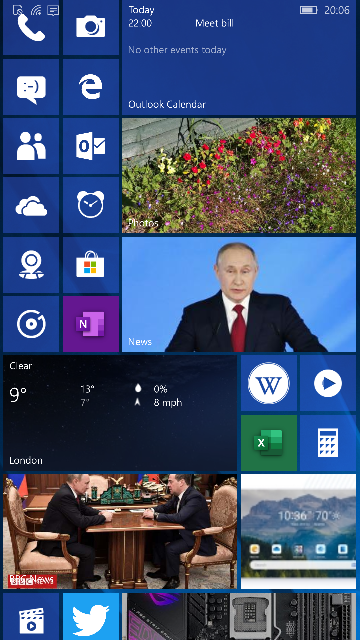 A final touch that I always like to get done is to head into Settings/Apps/Offline maps and download a few hundred MB of road data for my home country - or indeed wherever this phone will be taken around the world. The download can be slow from Microsoft's servers, so allow 10 minutes or so, but it's worth it when Maps loads roads instantly wherever you go and without needing a fast data connection.

As Sir Humphrey would say, setting up a Windows-powered phone in 2020 could, at best, be called 'Courageous', but hey, I did it. And would welcome comment from others attempting the same! 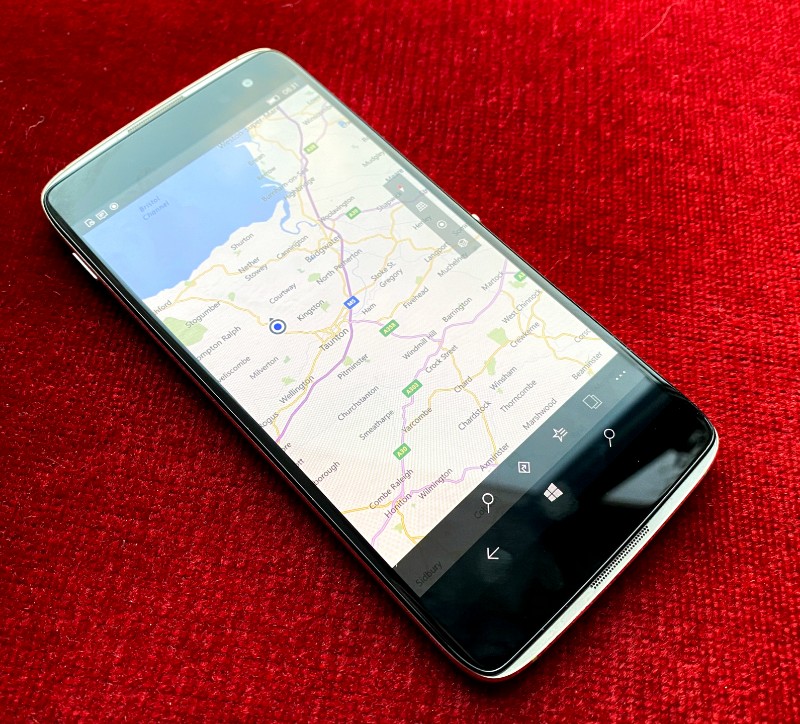